The Daily Nexus
UC News
I.V. CSD Calls on UCPD to Hold Community Meeting Following Recent Allegations
May 16, 2019 at 12:15 am by Evelyn Spence and Sofía Mejías-Pascoe 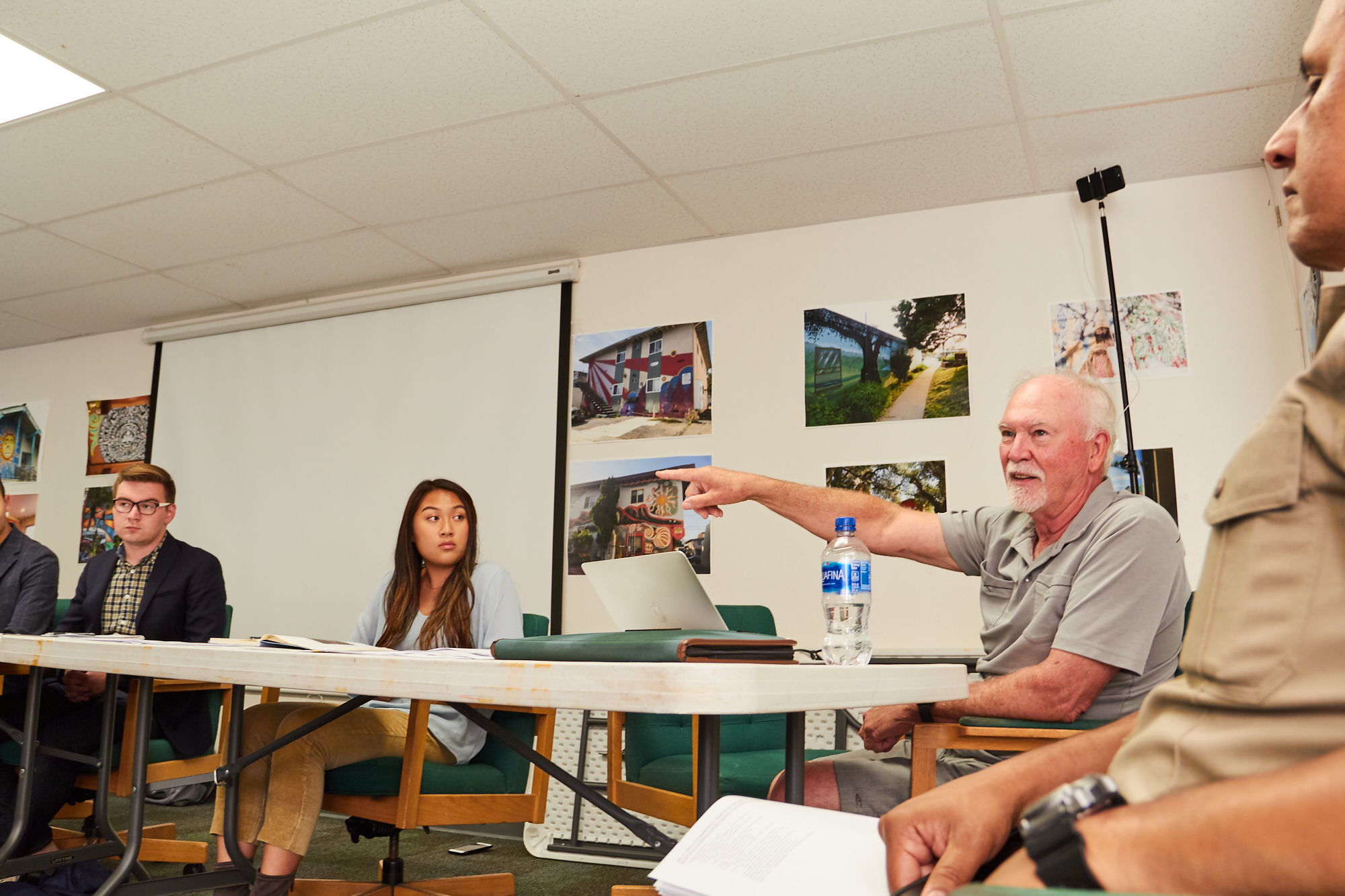 During the closing discussion, I.V. CSD Director Robert Geis stressed the implications of the allegations for the department if proven true. Leonard Paulasa / Daily Nexus

Throughout the past several months, four police officers have filed three court cases against several members of the UC Police Department (UCPD), alleging several instances of misconduct within the department including racism, favoritism and conspiracy.

The allegations were first reported on by the Nexus in early May.

Following public and board discussion, the I.V. Community Services District (I.V. CSD) directors voted unanimously to send a letter to the UCPD, stating the district “supports a comprehensive independent investigation into these allegations.”

The letter further calls for UCPD to hold “a community meeting in order to hear from the public and community members who have been hurt by many of the disturbing allegations.”

Tuesday night’s discussion primarily centered on transparency regarding the allegations, with Board President Spencer Brandt stating he was “disgusted” when he read about the allegations.

“This is an incredibly important issue that is very pertinent to us,” Brandt said, referring to the district’s partnerships and relationships with the UCPD Community Service Officers (CSOs) and the UCPD Interpersonal Violence Investigator position.

I.V. CSD Director Ethan Bertrand said he was “struck” by UCPD’s response to reports of the allegations, which he said “was their interim chief saying that ‘We must move past this as a community.’” Bertrand said UCPD first needs to address the concerns of the community before it can move on.

“I agree that we must move past this as a community, but I also believe that we can make that statement after there’s been an investigation and after they’ve engaged with the community,” Bertrand said.

Elsa Granados, executive director for STESA, spoke as a representative for the sexual assault advocacy group, stating that she fully supports the I.V. CSD’s letter.

“If the allegations are true, I feel saddened and disappointed,” Granados said.

Granados also made a point to acknowledge the work she believes UCPD has done well, while also calling out those who — “if the allegations are true” — were quiet about the misconduct in the department.

“Sexual violence thrives on that silence… and I know UCPD has been working very hard to make inroads to ending sexual assault, so that cover-up, those allegations, we cannot tolerate.”

Granados added that UCPD needs to “work with our entire community to hold those involved accountable.

While the majority of those who spoke were from the community, only one police officer, I.V. Foot Patrol station commander Juan Camarena of the Santa Barbara County Sheriff’s Office (SBSO), spoke during the meeting.

Camarena assured the community that he “keeps his people accountable” and that police officers are there to serve the community.

“I just want to assure you that we’re here for you, that even though you feel that we have broken that trust, I want you guys to reach out to us. We are still here for you and anything that we could do to rebuild that trust, please let us know.”

During the closing discussion, I.V. CSD Director Robert Geis stressed the implications of the allegations for the department if proven true.

“The department cannot be silent on this. If it’s really happening in their department, then they have a really big issue to solve and really a tough process to go through to solve that issue.”

Correction [10:39 a.m.]: The name of the one of the speakers from SASA is Alia Reynolds, not Alya Ruiz, as stated in a previous version of this article.

A version of this article appeared on page 5 of the May 16, 2019 print edition of the Daily Nexus.

These allegations are ridiculous like the poor employees and mentally ill that filed the suits. The UCPD has been great to work with and obviously needed a few problem cops to move on – Signa, Little, and Smith.

A community meeting to discuss three ongoing lawsuits? yeah, right. At some point this CSD is going to have to account for their expenditure on law enforcement in IV–something our taxes already pay for.