The Daily Nexus
The Daily Stench
Student Too Embarrassed to Return to Bike Shop, Walks to Class Instead
May 15, 2019 at 4:20 am by Kian Karamdashti 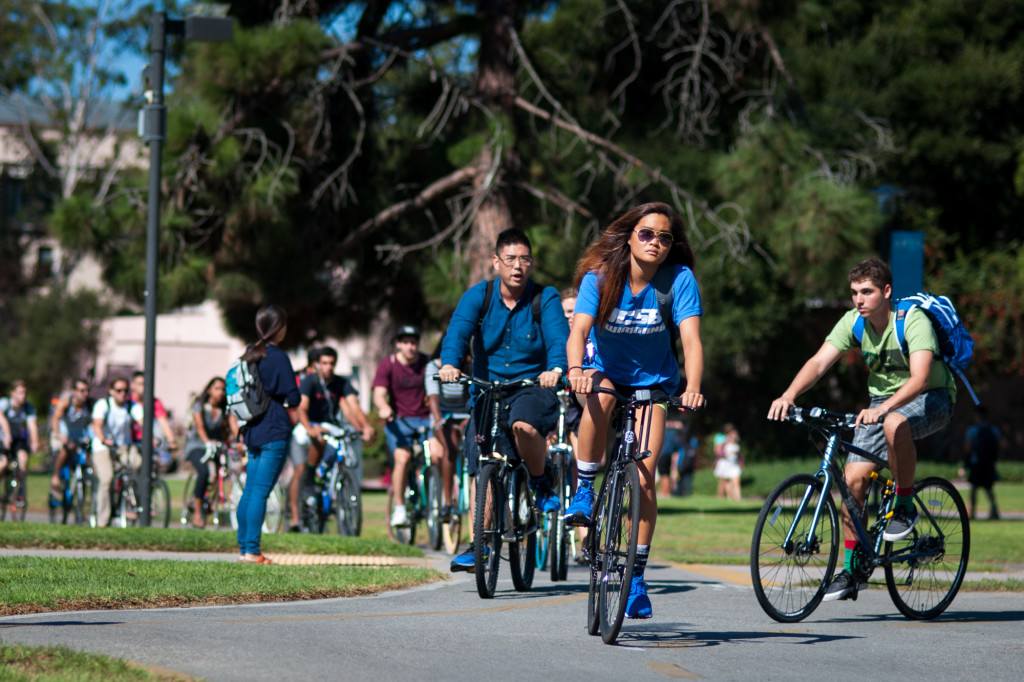 Third-year UC Santa Barbara student Anthony Wheeler knew the sound all too well. The back inner tube of his bike had popped and soon the sound of grinding metal on concrete soon grew apparent as he slowly attempted to make his 9:30 a.m. lecture at Buchanan Hall.

“It was all I could think about during class,” said Wheeler. “I caused like 3 accidents at the Buchanan tunnel roundabout because I couldn’t go faster than five miles per hour. Do you know how many people overlapped me and called me a ‘fucking freshman?’ Two! It was humiliating!”

While circumstances surrounding the popped inner tube were unfortunate, the solution to fix it seemed easy enough, as Wheeler did not have class again till 5:00 p.m., allowing plenty of time to meander over to the AS Bike Shop in the middle of campus. However, Wheeler was quick to explain that it simply wasn’t an option.

“Oh no, I can’t go back there. This is my third popped inner tube of the week, we’re basically on a first-name basis over there.” Wheeler “just knew” all they’d do is smile, fix it in five minutes and then tell him to pump his tires to the proper PSI or some shit. “Beneath their customer-friendly facades, I could see the contempt and judgement burning in their eyes.”

When asked whether any of the multiple bike shops in Isla Vista were an option, Wheeler was also emphatic in his insistence that nothing could be done.

“I am actually banned from those establishments. They told me if they ever see my face around there again, they’re going to have IV foot patrol take away my bike on grounds of vehicular neglect. I’m pretty sure they were joking cause that’s not actually a thing, right? …right?

After Wheeler began to cry and hyperventilate in front of me for the next 20 minutes, out of pure pity, I offered to take the bike to get fixed at the bike shop myself if he Venmoed me the money. (Update: No Venmo payment has been received). After completing my task, I told him the employees at the shop had suggested Wheeler “pump up his tires to the appropriate PSI.”

And with that, he hopped onto his seat and biked off into the Isla Vista sunset, never to be heard from again. However, I swear I heard a pop, hissing sound, and a loud “FUCK!” in that order as he rolled away.

Kian Karamdashti popped his tubes at least 15 times during his freshman year at FT.

I’m a reporter at the Nome Nugget, Alaska’s oldest newspaper. I can’t believe this paper prints fuck and shit in a regular news story. I’m from the 60s and am not easily shocked by any stretch. I just think it’s stupid and juvenile.