The Santa Barbara County Board of Supervisors approved an election year change for the Isla Vista Community Services District’s elections on April 9, a move the district voted to petition for in January. 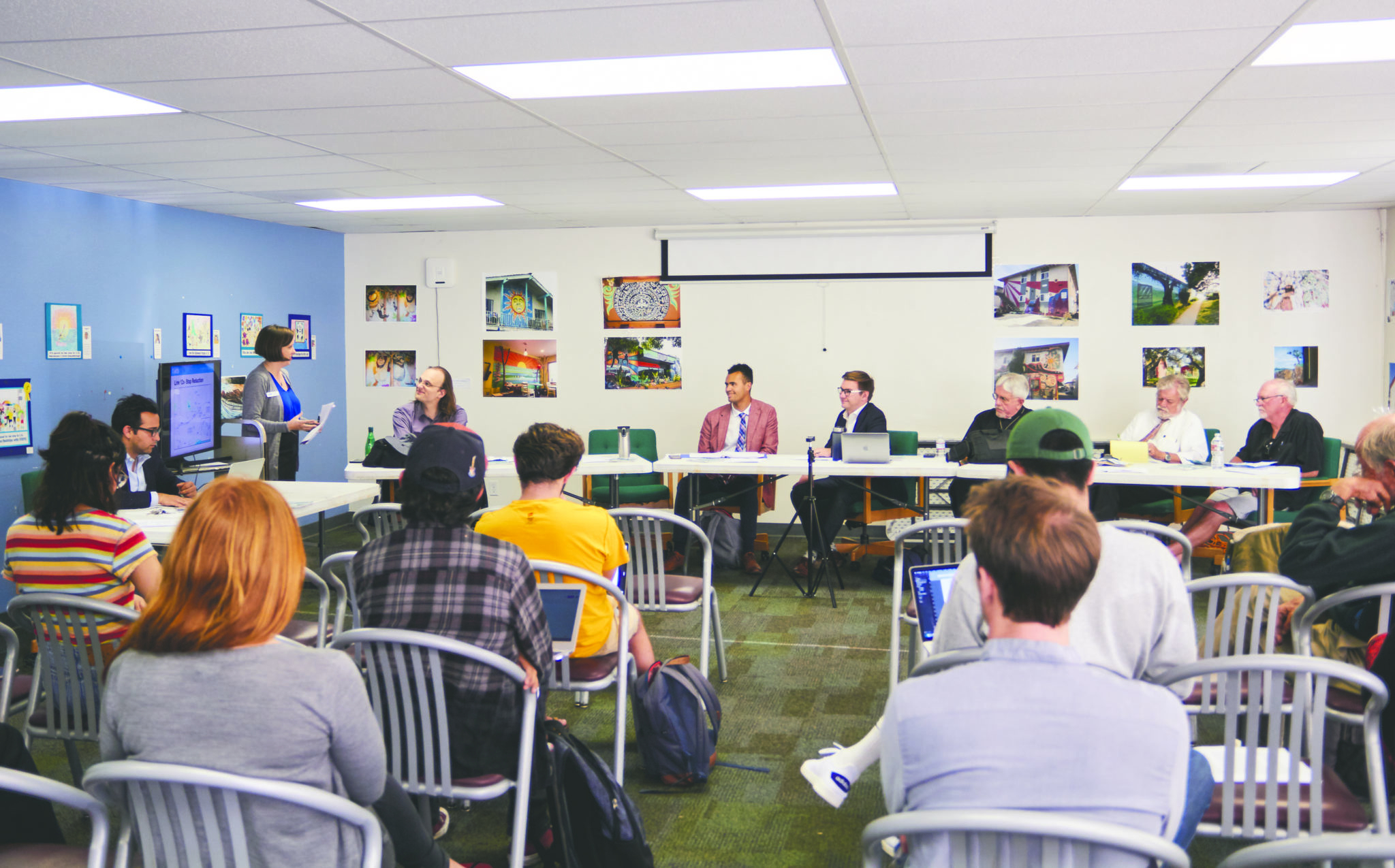 The change to the I.V. CSD’s elections year was approved on April 9. Leonard Paulasa / Daily Nexus

Mailers were recently distributed to I.V. residences to notify voters of the change, announcing that the Isla Vista Community Services District (I.V. CSD) would now hold its elections during the statewide general election beginning on Nov. 3, 2020.

Combining the district’s election with the general election is a change that would save the district approximately $83,000 this year alone, CSD General Manager Jonathan Abboud said at the district’s Jan. 8 meeting, during which the district voted to petition for the election year change.

Positions on the board were previously up for election during odd-numbered years because the I.V. CSD officially formed in March of 2017, even though it was voted into existence in the 2016 general election.

“When the CSD was created by the voters, it was with the intent to elect Board Members during even year elections,” Board President Spencer Brandt said in a message.

Brandt said that in 2018, the county elections office informed the I.V. CSD that the district could not conduct an election for board members in the 2018 midterm general elections, “citing a quirk in State election law.”

California Elections Code 10505 mandates that “if the district is formed in an odd-numbered year, the officers elected at the formation election shall hold office until noon on the first Friday in December of the next following odd-numbered year.”

Renee Bischof, chief deputy registrar of voters for Santa Barbara County, reached out in early January to Abboud to inform him that Elections Code 10404 would allow the I.V. CSD to petition the Board of Supervisors for the change, Abboud said at the Jan. 8 CSD meeting.

Bischof also told Abboud that all other special districts in the county had already moved their elections to even-numbered years.

The district would still spend some money in the 2020 election but would not spend nearly as much as they would holding their own election. Abboud cited the June 2018 Measure R election, in which the district paid $11,000, as an example of cost-saving during an even-numbered year.

Abboud said the county calculated the savings estimate by tallying the number of registered voters in I.V. and applying a cost of approximately $1.50 to each one.

Three positions on the board of directors will now be up for grabs in the 2020 general election, as opposed to fall 2019.

Nguyen’s and Hedges’s seats will also be extended from two-year terms to four-year terms in the 2020 election, per Government Code section 61250(e)(1)(A)(i).

The seat currently held by Bertrand will continue to be a two-year term.

Brandt and Director Jay Freeman, who originally ran for four-year terms, will have their terms extended from Dec. 2021 to Dec. 2022.

yes but odd numbered elections mean you can get a few hundred people to approve a utility tax that puts the screws to 10,000 voters who did not bother to vote in an otherwise meaningless election. In the future perhaps more voters will wake up and remove this growing tumor. What happened is a ripoff perpetrated on a transitory electorate.

Measure R was passed in an even year.