The Daily Nexus
The Daily Stench
Panda Express Line Reaches All-Time High, Chaos Ensues
May 9, 2019 at 4:20 am by Max Myszkowski 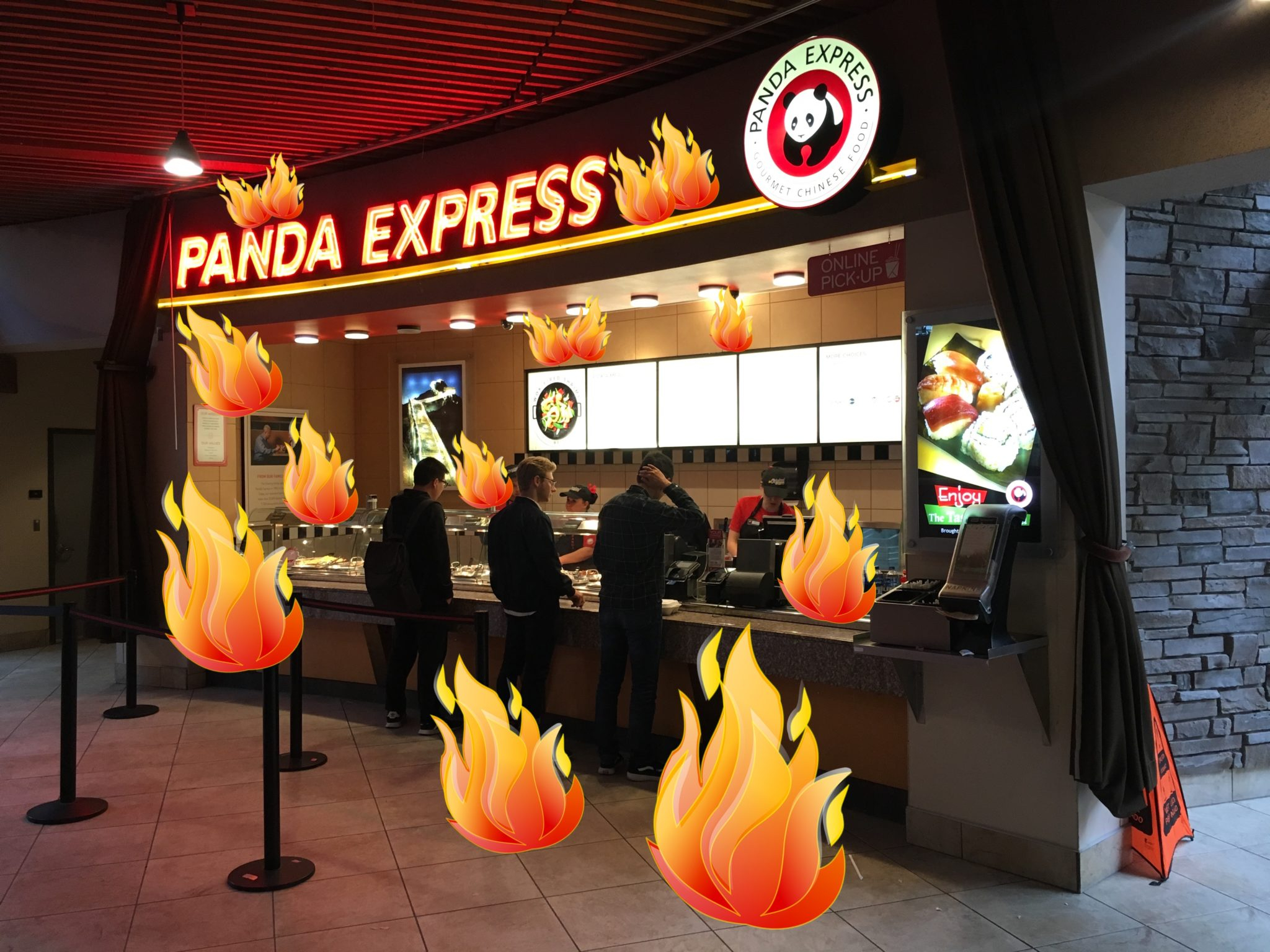 Earlier this week, during the daily lunch-rush feeding frenzy at the University Center’s Panda Express, the wait time for this inauthentic — yet no less delicious — cuisine reached an all-time high.

With the queue for this UCen favorite encircling the building many times over, much like one of the endangered Chinese boa constrictors from which the orange “chicken” is made, the clock for one student was ticking. Bravely joining the back of the line (now snaking its way through Storke Plaza) time-pressed freshman Darby Hindschej decided to risk it all for a taste of that sweet, sweet chicken-ish goodness.

“I know I should probably be focusing on my studies for the next four years,” Hindschej told reporters from her spot in line. “But it’s just too much to pass up. Plus, I’ve already sunk too much time into this to leave empty-handed,” she added, creeping a few millimeters closer to the patron in front of her.

Meanwhile at the front of the line, one customer, when asked if he would like to try any samples, had reportedly savored a toothpick-full of every entree on the menu before ordering a plate with orange chicken, broccoli beef and chow mein — the same as the 14,000,605 diners before him.

“Look, we all know you’ve tried the honey walnut shrimp before. You’re not fooling anyone,” an exasperated Panda Express employee sighed, surrendering yet another morsel to the gluttonous fiend on a cellophane-tipped platter.

Several feet behind this charade of an order, a herd of elementary school students erupted into chaos as they jostled for positions closest to the front. The students, having abandoned the rope formerly tethering them to their chaperone, then proceeded to have an all-out brawl in the UCen dining area.

When asked for comment on the allegations, Nick claimed that the girl had, in fact, bitten his arm first, and he was acting solely in self-defense. At press time, the two quarrelers had been removed from the Panda Express line and were instead being fed granola bars from the chaperone’s purse.

When the Nexus caught back up with queue caboose some weeks later, Hindschej had moved only imperceptibly from her original spot in line if at all.

“Someone collapsed from exhaustion a couple days ago, so now I’m one spot closer to the front,” Hindschej cheerfully reported, gesturing to an ominously human-shaped chalk outline on the ground where she stood.

Now standing within smelling distance of the fine cuisine, though weary and on the brink of collapse herself, Hindschej was more determined than ever to get her shot at the prize of a lifetime; she just hoped she’d get it before she graduated.