The Daily Nexus
News
UCSB’s Chapter of Lean On Me Launches Student-Run Emotional Support Hotline
May 2, 2019 at 12:04 am by Simren Verma

UC Santa Barbara’s chapter of Lean On Me officially launched a student-run emotional support hotline service on Monday, with 18 trained student supporters on standby to respond to anyone who texts the hotline. 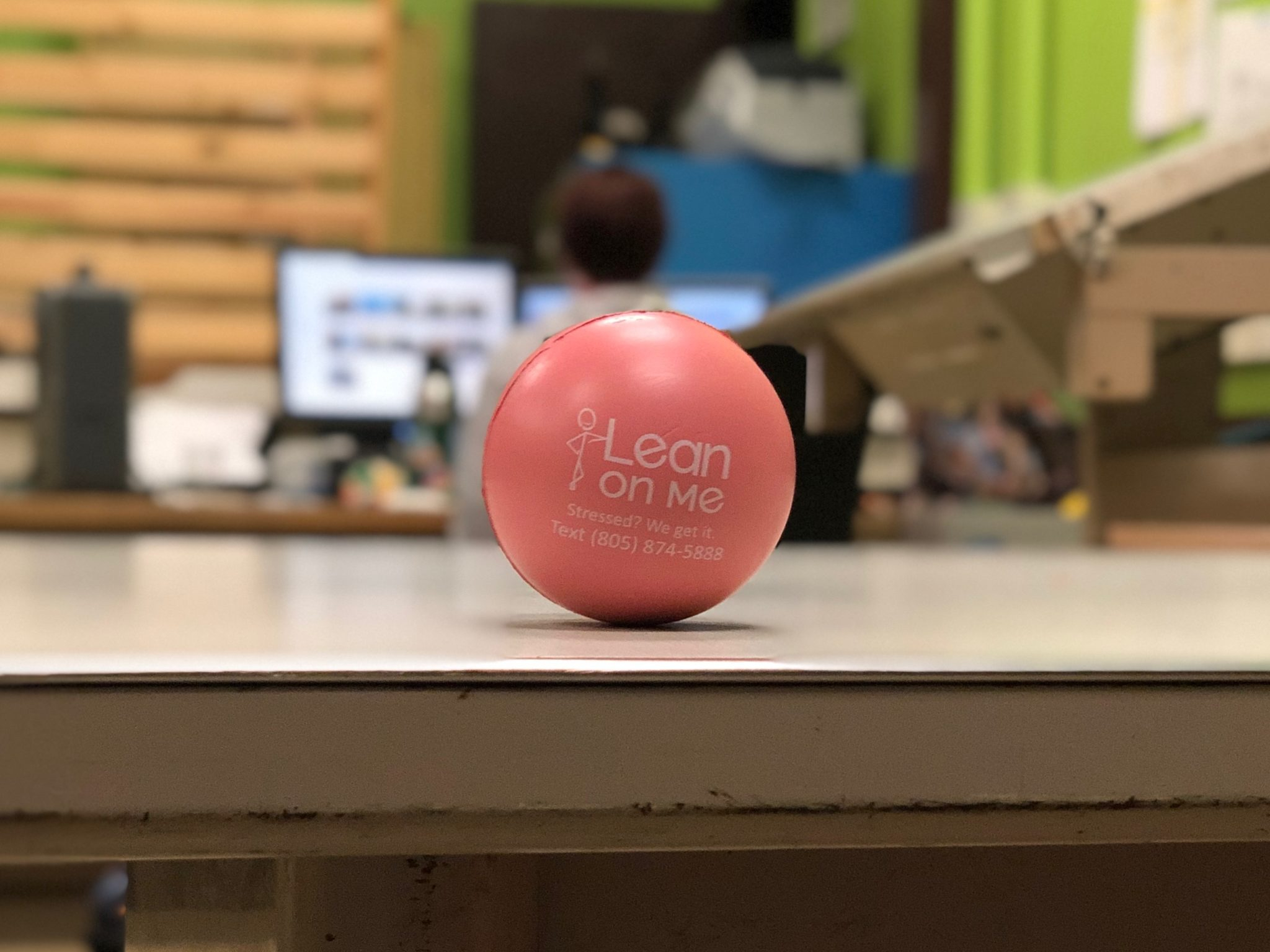 Lean On Me is a national nonprofit organization that “automatically and anonymously matches peers to create texting networks of instantaneous support,” according to the organization’s website.

Rushali Kothari, a third-year biological sciences major, founded UCSB’s chapter this past fall quarter and now serves as the president.

“It’s a 24/7, anonymous, peer-to-peer support text line. Anyone can text in at any time, and a trained student supporter will respond,” Kothari said. “It’s just a way to vent, or if you need to get something off your chest and you feel like you can’t go to anyone else, this is very easy and accessible.”

Kothari heard about Lean On Me from a friend at another university and decided to bring the organization to UCSB. UCSB is the first UC to have a Lean On Me chapter, according to Kothari.

The national organization handled the logistical end of setting up the hotline, Kothari said. Kothari and the rest of Lean On Me’s executive board act as the people “on the ground” who publicize the hotline and help train the student supporters.

UCSB’s Lean On Me chapter spent the second half of Winter Quarter and the first half of Spring Quarter recruiting the 18 student supporters who are responsible for responding to the texts that are sent to the hotline. The application process involved both an online application and an interview.

Each student supporter went through a four-hour online training session provided by the national organization, along with a three-hour in-person workshop led by Lean On Me executive board members.

“The online training was a lot about empathy and vulnerability and just being open to listening to people,” Kothari said. “The workshop training was more hands-on. We went through a lot of different scenarios.”

“The main two things are validating responses and validating how a person feels and how you do that, and then asking open-ended questions. Let the person… tell you what they want to tell you.”

The training also involved educating the student supporters about other resources in the local area so that they are able to refer people who text the hotline to those resources.

“We do have systems in place if something does seem very serious… they’d alert the national team and get the person’s phone number if they’re in danger and then we can give that phone number to UCPD to get the person help if need be,” Kothari said.

When someone texts the hotline, they have to agree to a list of terms and conditions before a student supporter can reach out to them. 30 people have texted the hotline since its launch on Monday, according to Kothari.

“A lot of people were just testing it out the first day. The text was like ‘hey, I’m just testing this out to see if it’s real,’ and we’d be like ‘yeah, it’s real, it’s working, you’ve got us!’” Kothari said.

“A lot of people have been using it for what it’s meant for, whether they’re stressed, they have mild mental health issues, eating disorders, family grief, whatever it might be, and we’re here to help.”

Emily Talbert, a second-year psychological and brain sciences major, is one of the 18 student supporters. She has exchanged texts with two people since the hotline’s launch on Monday.

“The main point is to make sure they know that there’s a lot of resources out there and that this is a good starting point if they need to go further, and if not, this is a good place to just… talk it out, basically,” Talbert said.

Some text conversations have lasted more than a day, while some are as short as 30 minutes, according to Kothari.

To publicize the hotline, Lean On Me has been tabling in the Arbor and plans to put up flyers around campus and Isla Vista soon, Kothari said.

“Everyone has a lot of their own problems and their own things that they’re dealing with and sometimes it’s not easy to tell a friend or find someone to help you,” Kothari said. “C.A.P.S. is a great resource for sure but it can’t handle such a large school and the large amount of students that we have.”

A version of this article appeared on p. 5 of the May 2, 2019 print edition of the Daily Nexus.