The Daily Nexus
Science & Tech
UCSB’s Bridge to the Doctorate Program
May 2, 2019 at 10:32 am by Jacqueline Wen 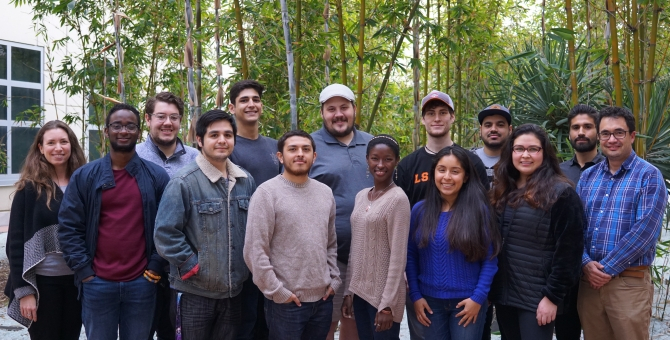 Sponsored by the National Science Foundation’s Louis Stokes Alliance for Minority Participation, the Bridge to the Doctorate program at UCSB has chosen 12 doctoral students to support from underrepresented groups in science, technology, engineering and mathematics.

The Bridge to the Doctorate (BD) program aims to “enhance the diversity of STEM graduate education by recruiting, enrolling, training and graduating a cohort of 12 talented doctoral students,” its website says.

BD fellows receive financial support for the first two years and assistantship support for the remaining time. They also have opportunities for graduate student mentorship and leadership in science, technology, engineering and mathematics (S.T.E.M.) communities, professional development and career preparation and academic support through workshops for technical writing of reports and papers.

“I was over the moon when I found out I was chosen as a BD fellow,” Lourdes Velazquez, a first-year Ph.D. student in the biomolecular science and engineering program, said in an email.“I still find it hard to believe that I have such amazing opportunities. Because my path has been very nonlinear, being chosen as a BD fellow reaffirmed my confidence in moving forward with a Ph.D. program. I honestly don’t know if I would be here if it weren’t for BD.”

As part of the program’s requirements to do rotations, Velazquez is currently in her third rotation in mechanical engineering professor Beth Pruitt’s lab, studying the freezing and thawing effects on the mechanobiology of human induced pluripotent stem cell-derived cardiomyocytes (hiPSC-CMs).

“Prior to grad school, I had been studying biophysics with [physics] professor Deborah Fygenson for about ten years. Although I very much enjoy the field, it’s the only research I’ve ever known. For this reason, I decided to use my rotations as an opportunity to branch out to other fields, learn new techniques and see what else I enjoyed,” Velazquez wrote.

Aside from fostering professional connections, including through arranging conference participation and connecting fellows with peers and professors in their departments, the BD program helps to form a more personal support system.

“The BD program has been such a wonderful experience,” Velazquez continued. “They support and help coordinate socials for the BD fellows which ultimately means we get to know each other well and gain a group of friends. Our BD meetings with Javier [Read de Alaniz] and Arica [Lubin], the BD program directors, are wonderful. The support group this fellowship has provided is one I didn’t expect to have and am most grateful for.”

“I feel like my minority status has only opened doors for me. The BD program is an example of this,” she said.

Marcos Reyes, a first-year Ph.D. student in the Department of Mathematics, was “pretty ecstatic” about having been chosen as a BD fellow. Although unable to come to UCSB for his undergraduate years, Reyes is “pretty excited, pretty stoked” about being able to earn his Ph.D. at one of his “dream schools.”

“I’ve been exposed to way more than I could even believe. Studying knot theory, knowing there’s math behind the knots, is just unheard of. Being exposed to other S.T.E.M. majors like chemistry, engineering, bio, we all just talk about science and help each other talk about science. Like ‘you need help on Fourier analysis? I know that. I did a project on it.’ It’s just nice to be exposed to different areas of S.T.E.M.,” Reyes said.

Part of the math department’s Directed Reading Program (DRP), Reyes works with undergrads to help them “learn about areas of math that are not standard in classes,” such as knot theory. At the end of the program, mentees present their research projects.

Reyes now aims to teach at a four-year college because it has a “different vibe.” He wanted to “try to find a different route where I do the same thing but people appreciate you [more], so that’s where I’m at now.”

“In university, it’s more of a relaxed environment,” he explained. “I would play tennis with my undergraduate professors and it was a crazy environment. I felt like I wanted to be one of those people, one of those teachers for the students. That’s why I chose this route and it worked out — it’s working.”

“I was really excited when I got [the BD program]. I was very grateful because it’s not easy to get funding for a graduate student without doing a TAship or fellowship,” he said.

Aguilera found that the flexible research component of the BD program allowed him to “approach pretty much any type of research [he] wanted on campus.”

“The fact that I was able to do computer science and I got the BD Fellowship pretty much seemed that I was very unconstrained in what I could possibly do. It felt like a very overwhelming thing but it’s been more of a blessing, in my opinion,” he said.

Aguilera’s main research interests are machine learning and robotics, particularly in the area of reinforcement learning. His work aims to increase robots’ agility and awareness of the environment, and to get them to interact with the environment in a more intelligible way. 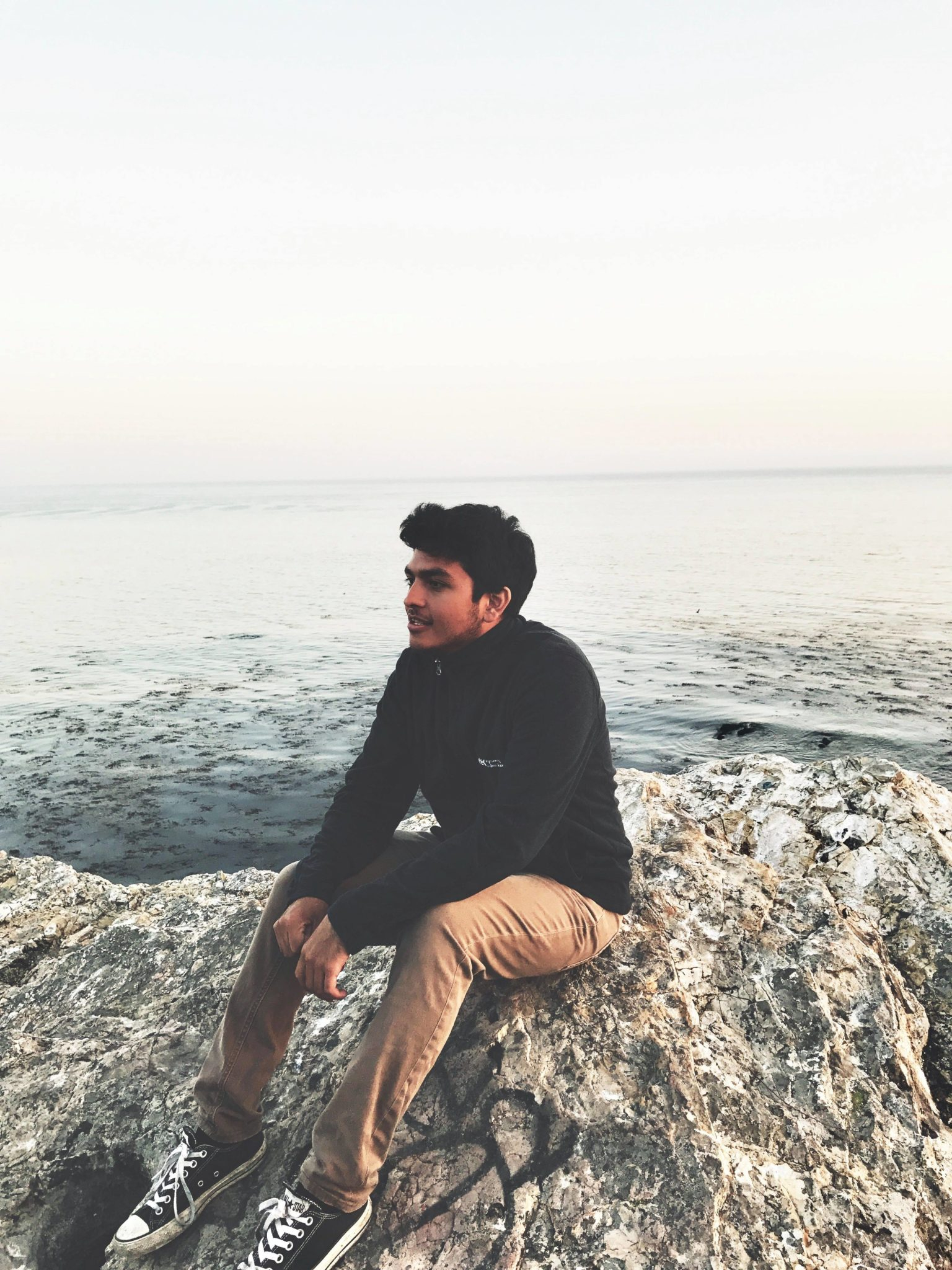 While he took an artificial intelligence class in his fourth year of undergrad at UC San Diego that “naturally drew [his] attention” and further encouraged him to pursue machine learning, Aguilera found that he personally did not have many role models in science and engineering.

“There would be a lot of people that I couldn’t relate to [in my math classes during my undergrad days]. I had to be comfortable in a setting where I didn’t feel like I belonged. So I think that’s made me very strong in that sense.”

Since coming to graduate school, the feeling of being out of place has “increased tenfold,” Aguilera reflected.

“There’s a lot fewer minorities in that sector. Nowadays the thought [of not feeling like I belong] still lingers there but it’s not as intense. For me, you have to figure out what to do in certain situations where you feel like you don’t belong. There’s always a certain club like National Society of Black Engineers (NSBE) or SACNAS [Society for Advancement of Chicanos/Hispanics and Native Americans in Science] — very small communities that are usually very there for you because they can share that same sentiment. So it’s also a blessing as well because it gives you a community that will always be there for you.”

That’s one reason why joining the BD program means so much to Aguilera.

While he finds it “very easy to socialize with people” within his own department, being a BD fellow has allowed Aguilera to become familiar with people from other departments.

“It’s a good way to hear about what else is going on on campus, what’s going on with other fellows’ lives. It gives us the opportunity to be a cool group of aspiring young scientists that are all going down the same path, though each department has its own different things. It’s also given me an opportunity to network with other people that may have some expertise in an area that I need. And maybe sometimes I need to help someone else with some type of coding resource, teach them how to code or something like that,” Aguilera said.

“I’m very grateful for the Bridge to Doctorate fellowship. I hope opportunities like this can be more available to others.”

Nah, South Asians are over represented in STEM