The Daily Nexus
UC News
UC Regent Ellen Tauscher Passes Away
May 2, 2019 at 12:04 am by Sofía Mejías-Pascoe

UC Regent Ellen Tauscher passed away earlier this week at the age of 67 after months of fighting a pneumonia infection, the Los Angeles Times reported on Tuesday. 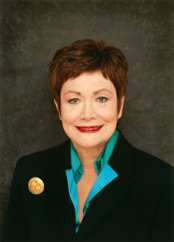 Tauscher was only two years into a 12-year term of serving on the Board of Regents, but made significant contributions during her time, according to a statement released by UC President Janet Napolitano on Tuesday.

“We were extremely honored and fortunate to have Ellen serve on the UC Board of Regents where her expertise and passion for quality education… helped us navigate complex issues facing the university,” Napolitano said in the statement.

Before sitting on the board, she held a seat in Congress, worked on Wall Street for 14 years and was one of the first female members of the New York Stock Exchange, according to the UC Regents website.

While in Congress, Tauscher served in several subcommittees, including within the Strategic Forces Subcommittee and the House Transportation and Infrastructure committee.

Governor Gavin Newsom also released a statement on Tauscher’s passing, stating Tauscher “blazed trails in business and in the halls of Congress” and “held her own at some of the world’s toughest negotiating tables.”

In their statements, both Gavin and Napolitano spoke about Tauscher’s “grace” during pressing times.

U.S. Senator Dianne Feinstein described Tauscher as “brilliant, gracious and generous” in a statement she released after Tauscher’s death.

“She had a knack for getting to the bottom of an issue smartly but also in ways that people could really understand. She truly loved her country and it was an honor to work with her,” Feinstein said in the statement.

Tauscher joined the Board of Regents in June 2017 after being appointed by former California Governor Jerry Brown. She was one of 17 other appointed regents who sat on the board, in addition to Napolitano.