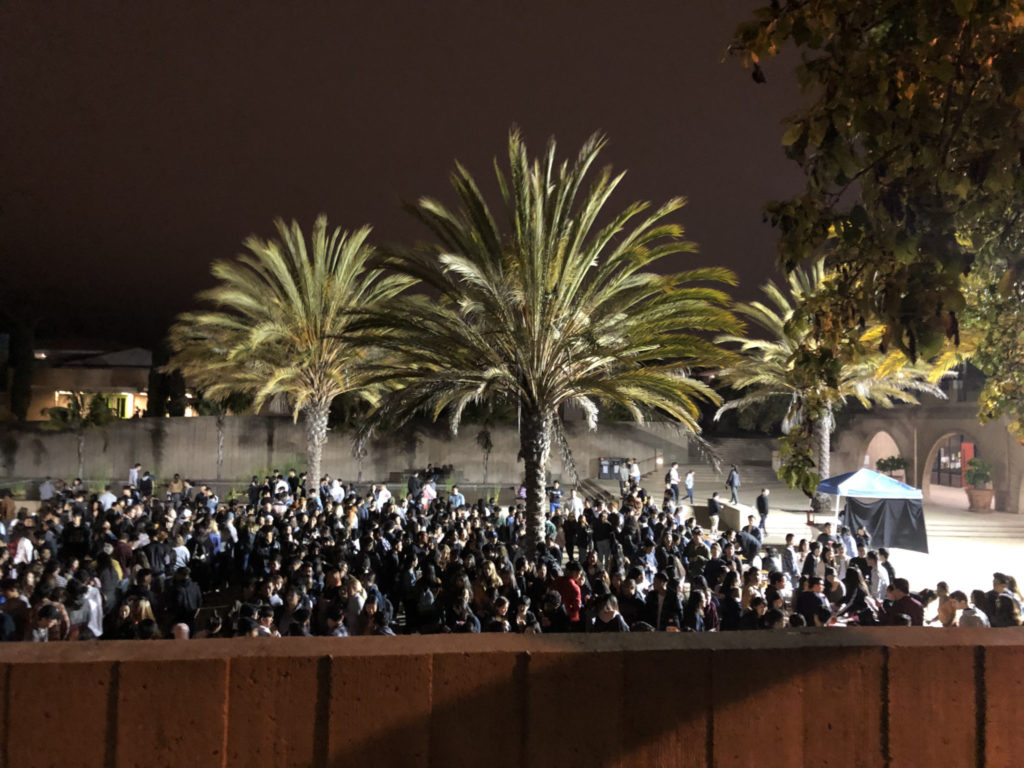 With the help from the Korean American Student Association (KASA), Japanese Language Cafe (JLC), Alpha Phi Omega (AΦΩ) and several other student organizations, the market-goers were able to taste the flavors of different Asian cultures all in one place.

Unlike other Taiwanese night market imitations in Los Angeles, Orange County and other locations, admission to walk amongst the market was free. However, tickets for the food were sold for $1 each.

To beat the long line for tickets at the event, TASA began to sell tickets at the Arbor two weeks beforehand. Pre-sale tickets were offered at $10 for 12 or $20 for 24 along with two free custom-made stickers. Clearly, this deal attracted the eyes of many students, and, according to one of the staff members of TASA, they were able to sell about 2,000 tickets within those two weeks.

The student organizations were able to provide a variety of dishes for the market-goers, such as minced pork rice from TASA, kimchi fried rice from the Alpha Tau Pledge Class\ and grilled pork skewers from the Vietnamese Student Association (VSA). Along with these savory foods, students were also able to enjoy several desserts, such as egg waffle from Hong Kong Student Association (HKSA) and halo halo from ΑΦΩ and wash them down with a cup of black milk tea, green milk tea or winter melon tea, courtesy of TASA. 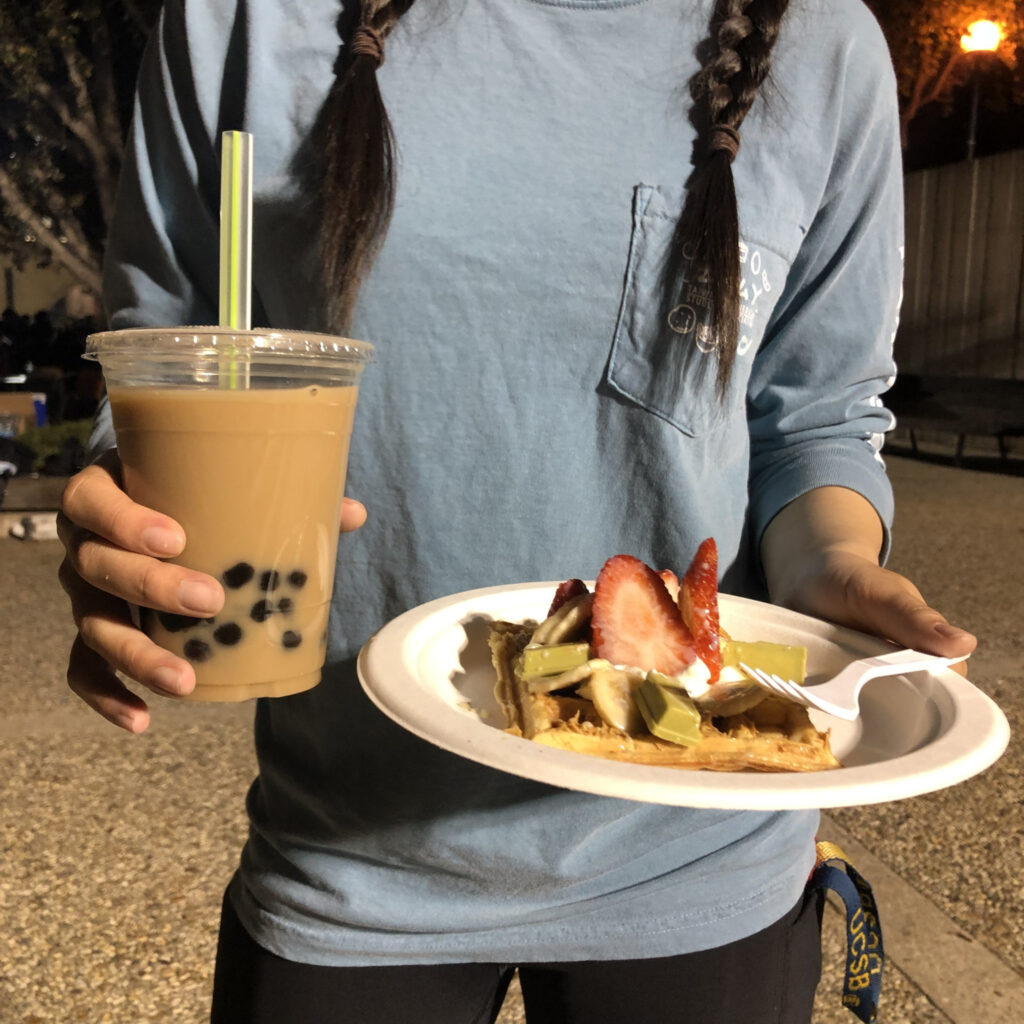 All of the items served were less than $10, with the most expensive dish being served at $7 per two pieces of rice cakes and sausages from KASA. While people milled around and ate, they were entertained by performances by SS805, Black Reign and Chokis.

I started the night out with a generous portion of minced pork rice, and I paid an extra dollar for an egg. The dish had an authentic taste and seemed to have potential to become something more. The minced pork “topping” was a bit too salty, but it’s common for this dish to be on the saltier side, so I would give this dish an 8/10.

For dessert, I decided to go for the egg waffle from HKSA. For $2 extra, I had fresh fruits added on top of a peanut butter covered waffle with whipped cream on top and a drizzle of condensed milk. I appreciated their quick service after having to wait quite a while in the halo-halo line. 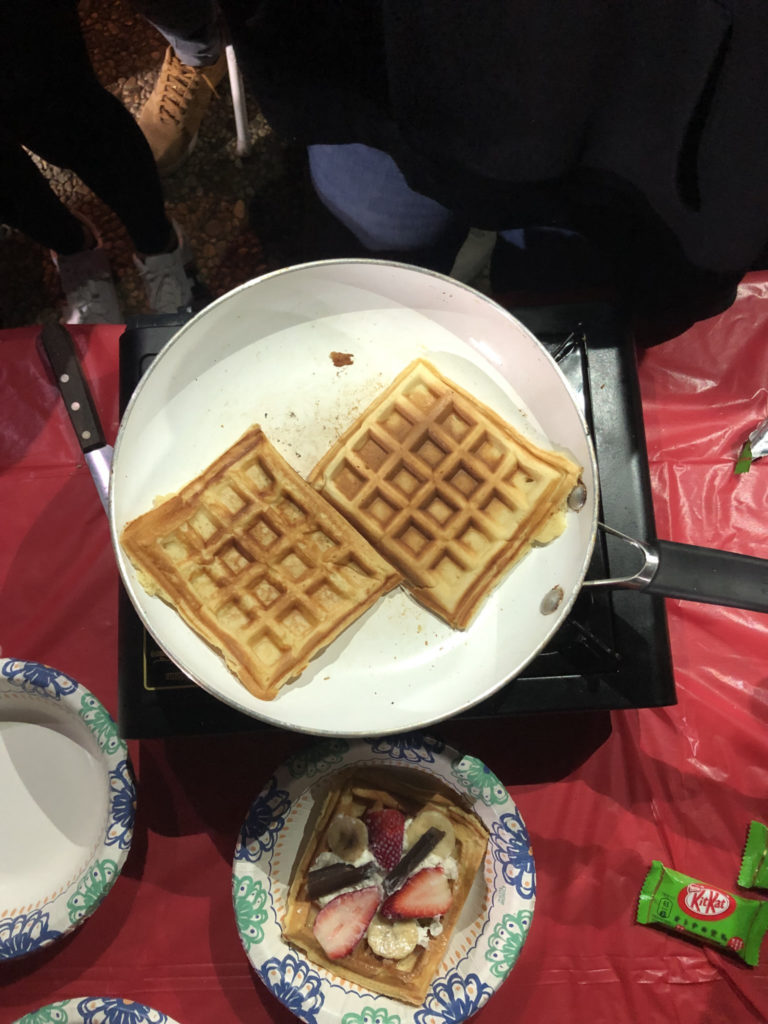 Leaving the halo-halo line was a good idea because the egg waffle tasted delicious; the fruit on top added a fresh taste, which was very satisfying. Although, it was a bit hard to eat because I was only given a fork, so I ate the toppings first and then the waffle. In the end, I was content with this dessert, and I would give it a 9/10.

Finally, I washed my meal down with a cup of black milk tea with boba for just $4. Even though I am grateful that they provided milk tea at this event, it was not as satisfying as purchasing a $5 cup at Mojo. The boba was stuck together due to the way they stored them for the event, which made it hard to ration the boba and milk tea intake. What’s more is that the milk tea was warm since it was prepared hot and ice was added when served. Despite all this, the milk tea was not too sweet and did not taste bad; I would give it a 5/10.

From the outside, the event looked like a regular night market with people waiting in endless lines and pushing through the crowd in hopes of keeping up with their friends. But soon enough, disaster struck.

As usual, TASA’s popcorn chicken was a crowd favorite, and people were lining up to score a plate of this night market classic.

Unfortunately, the fryer decided to stop working, forcing the staff members to hand-fry the chicken with pots and pans. This delay caused the line for the popcorn chicken to be extremely long and slow. Additionally, some of the chicken was not properly fried, and a staff member received complaints about uncooked chicken.

Although a great event, it was rather disorganized. Due to the limited space and many people, it was difficult to navigate through the crowds and even harder to figure out which tables were selling what food. Additionally, the long lines made it hard to distinguish where they started and which booth was at the end. 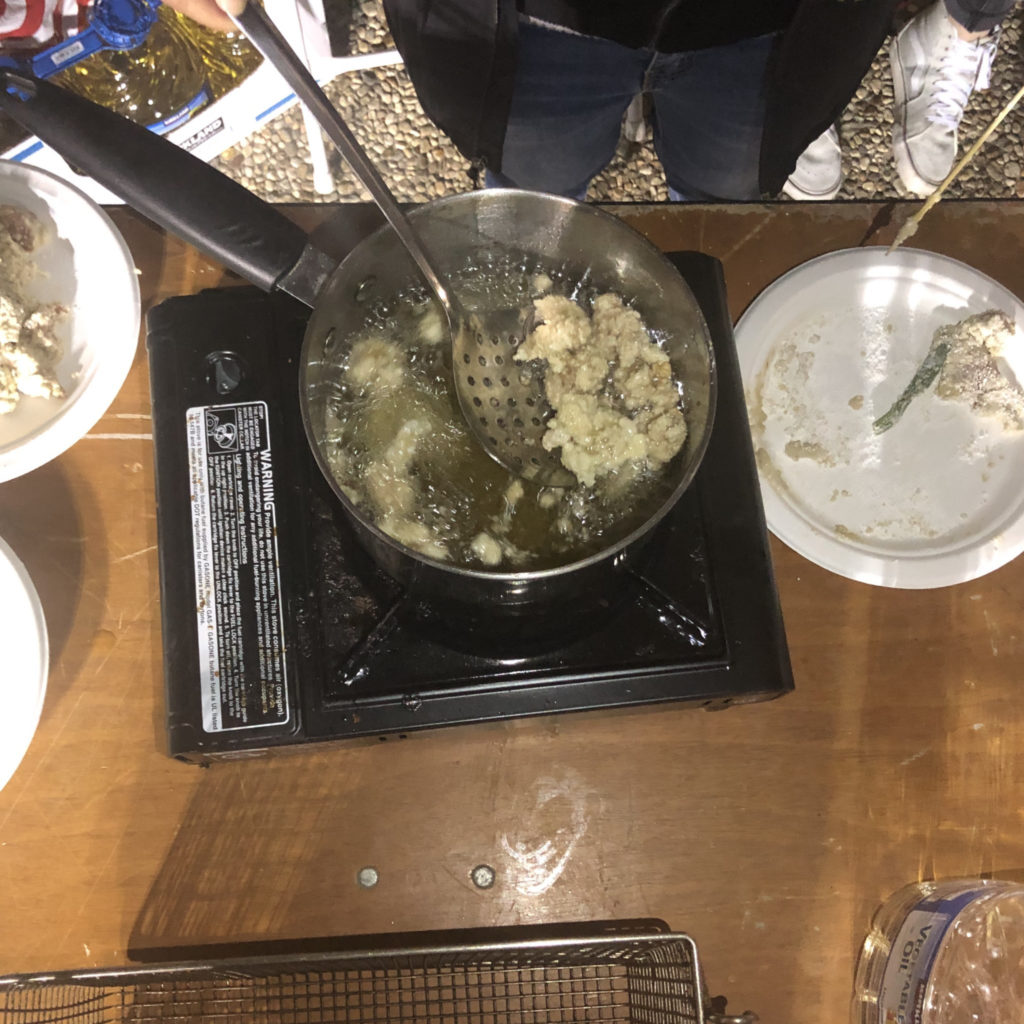 Several pieces of advice for people looking to attend next year:

Despite all of its setbacks, this night market was a great way for UCSB students to destress during midterm season and experience a night of culture and fun.

i love me some halo-halo all day errryday

that line for halo-halo was so long, but well worth the wait