UC Santa Barbara’s Associated Students is oftentimes referred to as a “bubble” — a common sentiment on campus that only people involved in student government know about its inner workings.

Despite the fact that candidates run on a platform of accessibility to Associated Students (A.S.) during A.S. elections each Spring Quarter, it becomes clear throughout the school year that the majority of the student body is unaware of what they pay into A.S., the responsibilities A.S. has and what A.S. does. 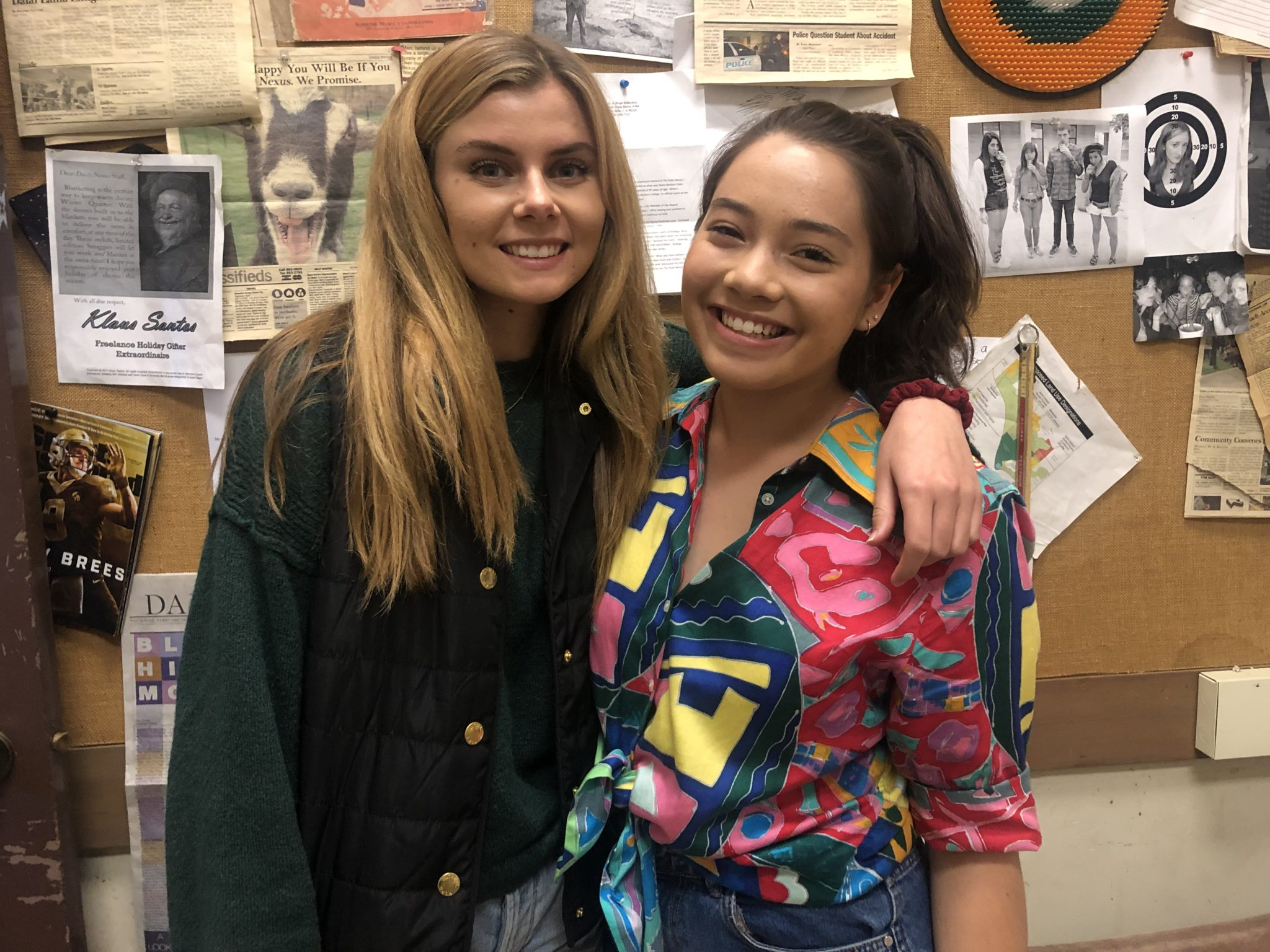 Steinhorn and Davies got the idea to start a podcast after a class they took together last quarter. Simren Verma / Daily Nexus

Sophia Steinhorn, a third-year communication major, and Adri Davies, a third-year political science major, have been close friends since their freshman year when they were matched as roommates.

The two got the idea to start a podcast about the lack of knowledge students have about A.S. during a class they took together last quarter: Writing for Public Discourse (105PD), an upper-division writing class.

The final project in the class was to put together an advocacy campaign, and Steinhorn and Davies decided to create a 30-minute podcast titled “Apathy Unveiled.”

As of now, this first episode of “Apathy Unveiled” is the only podcast the two have created but they plan to make more about A.S. and even expand to new topics, such as UCSB’s Greek system and national politics.

“I didn’t know a lot of the stuff that we ended up reporting on and covering until we started doing the research,” Steinhorn said in an interview with the Nexus. “I think a lot of it also stemmed from our own curiosity about A.S. elections and how A.S. works.”

Toward the beginning of the podcast, Steinhorn spoke to how UCSB students seem to care about national politics, but not A.S.

“UCSB has one of the highest student voting populations out of public universities,” Steinhorn said. “But somehow, we have failed… to even get half the student body to vote in any recent [A.S.] elections.”

Both Steinhorn’s and Davies’ perspectives differ from that of current A.S. elected officials and candidates. Many students – including those currently running in the Spring Quarter 2019 elections – emphasize that the student body is unaware of A.S.’s budget due to a lack of transparency.

Steinhorn and Davies disagree. They find the root of the problem to be apathetic students.

When Steinhorn and Davies began researching for the podcast, they decided to look into A.S.’s level of transparency for themselves and ended up finding A.S.’s budget almost immediately, Steinhorn said in an interview with the Nexus.

“The issue is not that we don’t have information or that it’s not transparent,” Davies said in the podcast. “You Google UCSB A.S. budget and it’s like the second link.”

“Because students have no idea what’s going on, students that do run for positions know that they can get away with whatever they want basically.”

Steinhorn and Davies then went on in the podcast to discuss the disqualification of former External Vice President for Statewide Affairs (EVPSA)-elect Mayela Morales and the subsequently vacant EVPSA position.

“Associated Students has tried to elect a new representative, and we have continually not been able to get enough student voters to allow that representative into their position,” Steinhorn said in the podcast, referring to the failed A.S. special elections held this past school year in an attempt to elect an EVPSA.

Steinhorn re-emphasized that she believes the reason behind the vacant EVPSA position is largely due to apathetic students.

Steinhorn and Davies spent a bulk of the podcast, however, arguing that many students do not know the reality of how much money A.S. controls.

“It’s easy to attribute inaction to the lack of transparency, but then when we found that there was a lot of transparency… it’s like, okay then, what is the actual problem?” Steinhorn said in an interview with the Nexus. “That kind of led us to talking to the students.”

Davies clarified that she believes it is hard to understand what happens inside of A.S. and what exactly is on A.S. elected officials’ agendas, noting that it is the budget and the financial information that she thinks is transparent.

Both Steinhorn and Davies asked UCSB students what they knew about A.S. and how much money they thought the A.S. budget was.

All of them missed the mark by a longshot. Steinhorn and Davies told each student they interviewed that A.S.’s budget for this school year was $13.8 million.

Students responded with gasps, one exclaimed “Oh my god!” and one even said, “For what? What do they do?”

Along with interviewing students not involved in A.S., they also interviewed an A.S. insider, who wanted to remain anonymous, and asked the insider to explain what exactly A.S. is.

“What I’ve noticed on this campus is there is a small group of people who are politically engaged, and they end up determining a lot of student-wide issues… that not necessarily a majority of students would want,” the A.S. insider said during the podcast.

Along with the theme of apathy, Steinhorn and Davies stressed that they believe there is an issue of accessibility to A.S. Although they think that students can do more, they also believe that A.S. can do more.

“I think people probably view university government as more of a club than a body that actually makes decisions,” Steinhorn said in an interview with the Nexus. “It’s kind of like this selective group. It seems, at least from the outside, hard to break in.”

Davies then joined in on expressing her frustration.

“How are these people being picked? Who’s doing this? Is it like… you have to do this fellowship, and then you’re kind of bred in? It’s really strange. I’ve always just been… questioning it all,” Davies added.

Overall, Steinhorn and Davies believe all students should feel obligated to make their voices heard.

The podcast in full can be found here.

No one cares about A.S. Why should we?

“UCSB has one of the highest student voting populations out of public universities,” Steinhorn said. “But somehow, we have failed… to even get half the student body to vote in any recent [A.S.] elections.”

half? they couldn’t even get 4% of the student body to vote in the recent elections. I can’t imagine what its like at other universities if our student participation is one of the highest. On second thought, its probably a blessing at these universities, I bet they aren’t constantly bombarded with this student government nonsense.