The Party Registration Program allows residents of I.V. to pre-register their parties online with the Santa Barbara County Sheriff’s Office (SBSO) in order to avoid the risk of being cited and fined. 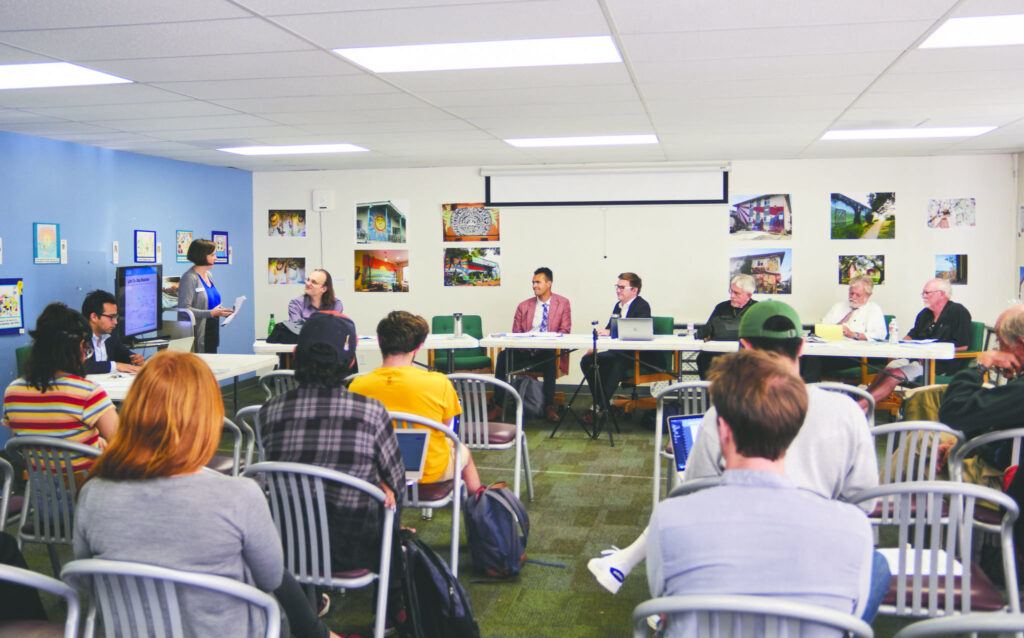 The program was announced at the April 23 meeting of the I.V. CSD. Leonard Paulasa / Daily Nexus

A designated sober party monitor is alerted through telephone if SBSO receives a noise complaint about the party. The monitor then has 20 minutes to shut down the party and lower noise levels, according to a press release sent out by SBSO on Tuesday.

The program is intended to foster a partnership between residents and police, allowing party hosts to remedy noise complaints without the need for a police response.

“If a complaint is received, we then call or text that person and they have 20 minutes to mitigate that noise problem themselves without a police response. So our slogan for that is, ‘Get a text, not a ticket,’” said Schroeder at the I.V. CSD meeting.

“So we’re hoping people utilize that program, just to kind of foster a more community-oriented policing method out here in Isla Vista, and we hope it’s a popular program.”

The Party Registration Program has been in Schroeder’s plans since his instatement as Community Resource Deputy back in November 2018.

“I don’t think the students realize there’s like families and young kids that live in Isla Vista. We have some families that call every single night about a noise complaint,” Schroeder said in an interview with the Nexus in November.

The program builds on Schroeder’s goals of constructing a community-policing model and bridging the gap between law enforcement and community members. The program allows I.V. residents to monitor themselves, without the need for police intervention.

Similar programs are also in effect in cities around the country. San Luis Obispo’s adoption of this program has been successful at California Polytechnic State University, according to the press release.

Residents must follow a set of guidelines in order to register a party with the program. Parties must be registered at least 48 hours in advance and can only be registered for Fridays and Saturdays, as well as Sunday if the following Monday is a holiday.

Additionally, people who have received a public nuisance party citation cannot register with the program.

Lieutenant Juan Camarena of the IVFP also believes that the program will create a clearer line of communication between I.V. residents and law enforcement, along with establishing a safe environment.

“This program embraces the idea of community-oriented policing and partners community members with law enforcement to solve the problem of noise complaints in Isla Vista,” Camarena said in the press release.

“It also creates an open line of communication between the community and law enforcement, shows transparency and cooperation, and encourages future partnerships to solve other crimes.”