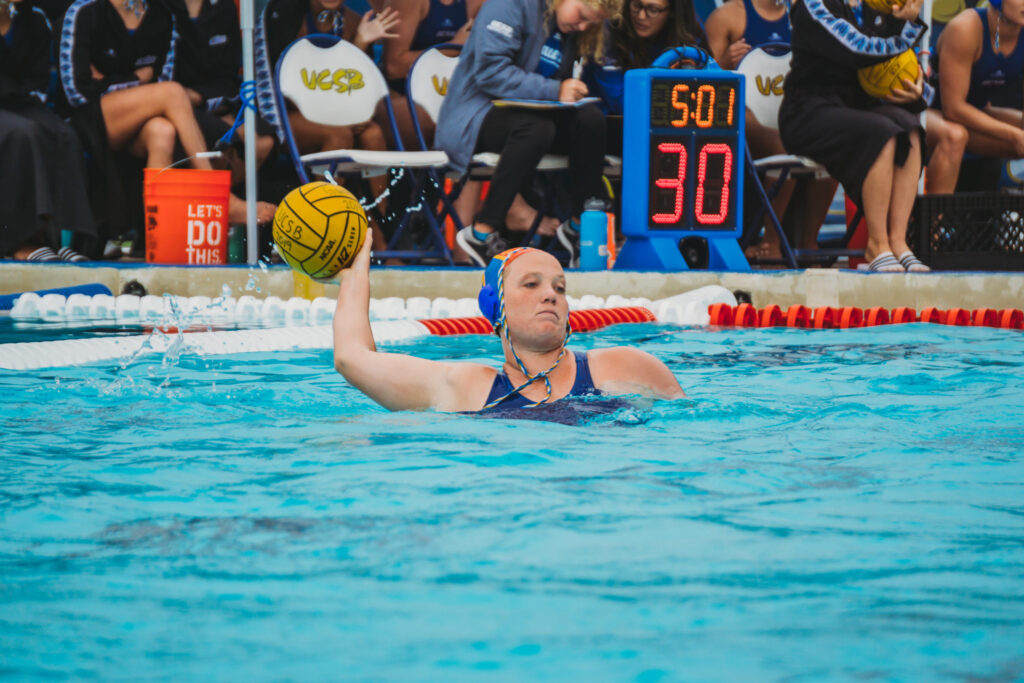 No. 4 UCSB will head into Long Beach State Friday April 26 commencing the quarterfinals of the Big West Tournament.

Santa Barbara will look to carry their momentum from a convincing win against LBSU this past Saturday at home. In their 6-3 win against LBSU, the ‘Chos showed both their stout defense and high powered offense.

LBSU was nearly out played by every meaningful metric of the contest. The ‘Chos shot 16% 22% better, gave up one less foul, converted on 100% of their penalty opportunities and did all of this attempting fewer shots than LBSU.

The low scoring nature of the match less reflects its toughness and is more indicative of the patient and calculated offense UCSB has established to complement their stifling defense.

This complete team is driven by high-level play and leadership from upperclassmen on both sides of the ball. Junior utility Sarah Snyder and senior utility Kate Pipkin have both put together statement seasons on the offensive side of the ball for the ‘Chos. Snyder ended her hat trick streak this past game. Pipkin has been a model of unparalleled consistency by putting up her third straight season with 40+ goals.

On the other side of the ball UCSB’s goalies have been phenomenal this season, making an impact on every game that they check in for. In the most recent of these games senior goalie Kenzi Snyder posted an impressive 75% save percentage against LBSU.

The confidence and skills the upperclassmen bring to the water have trickled down into the underclassmen, who have all shown their own ability to compete at a high level despite having less experience than a lot of their competitors.

This unique mix of upper and underclassmen playing top-of-the-pack defense and still packing a punch offensively is what makes the ‘Chos aim to go far in this year’s Big West Tournament.

Even though the team was not able to secure a first round bye with a win over Davis a few games prior, the added pressure has molded this UCSB team into a dynamic powerhouse.

Despite the strong play from UCSB, no team in the Big West Tournament should be taken lightly. It is imperative that the ‘Chos come out of the gates ready to go on both offense and defense.

One of UCSB’s concerns going into not just this game but also to the Big West Tournament as a whole is to make sure to control the tempo of the game right from the start of the match all the way to the end. Many of the UCSB losses this season have occurred because of losing pace early and having to play catch-up after the half. With many qualified teams competing in this year’s tournament, taking an early deficit is ill advised and will likely lead to an untimely defeat.

On the bright side, all the ‘Chos need to do to be successful this weekend is play the way they played against LBSU. By controlling the tempo and initiating a patient yet efficient offense on top of a stifling defense, UCSB can definitely look to dominate the competition in this year’s tournament.

Santa Barbara will ride their momentum from last Saturday’s win to April 26 when they replay LBSU, this time with some more added stakes at 1 p.m.