Nowadays, when you’re walking around the supermarket, there seem to be more non-dairy milk choices than ever. New research from Mintel says that non-dairy milk sales have grown an impressive 61% since 2012. With many reasons to choose non-dairy milk, this increase in sales makes sense. Some people are lactose intolerant and unable to drink dairy milk. Other people are vegan and do not consume animal products. Some people choose non-dairy milk to improve their health. Others choose to drink less cow milk to reduce their negative impact on the environment, as dairy cows produce a significant amount of methane and contribute to greenhouse gas emissions. Some people simply think drinking milk from other animals is unnatural.

Regardless of your reason for choosing non-dairy milk on your next grocery run, from the popular almond milk to the lesser known hemp milk, deciding which non-dairy milk is right for you can be overwhelming. As more and more people choose non-dairy milk over cow’s milk, the number of available options seems to grow. Here is your guide to six different types of non-dairy milk as you make the choice to consume less dairy. 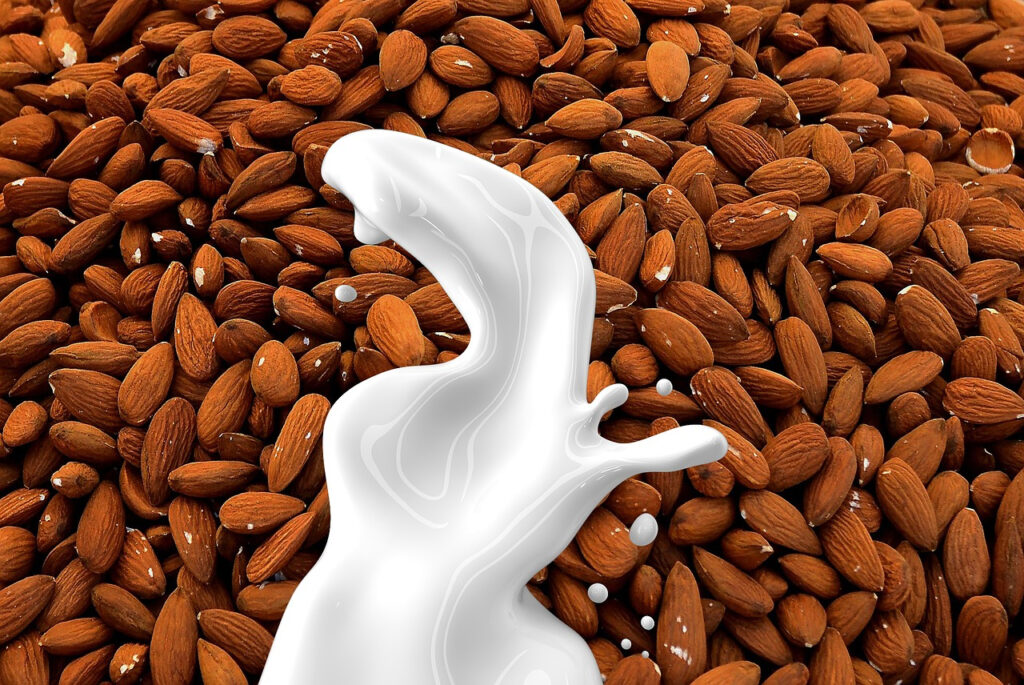 Soy milk: Most comparable to cow’s milk, soy milk is rich and creamy with 100 calories and seven grams of protein per eight ounce serving. Also, it is one of the few plant-based sources of high-quality “complete” protein. Soy milk provides the body with all the essential amino acids it must obtain from your diet. Made from grinding dry soybeans with water, the taste is distinctive with a slight soybean taste and is often described as nutty or sweet. Although soy is one of the more controversial foods — it contains large amounts of isoflavones which can affect estrogen receptors in the body and the function of hormones — there is no conclusive evidence on moderate soy consumption causing harm to the average adult.

Almond milk: Thinner in texture than 2% cow’s milk, almond milk is one of the lowest calorie non-dairy milks. With approximately 40 calories per eight ounce serving, it is not a significant source of protein or fiber. This non-dairy choice is a natural source of vitamin E, which is a powerful antioxidant that combats inflammation and stress in the body while also protecting against heart disease and cancer. A popular non-dairy choice, almond milk has a slightly sweet and nutty taste.

Coconut milk: Made from water and the white meat of brown coconuts, coconut milk is known for its rich and creamy texture, as well as a sweet, coconut taste. Per eight ounce serving, it contains approximately 45 calories. Overall, coconut milk has the lowest protein and carbohydrate content out of all the non-dairy milk options. However, moderate coconut milk consumption can help heart health by raising the good cholesterol levels in the body. 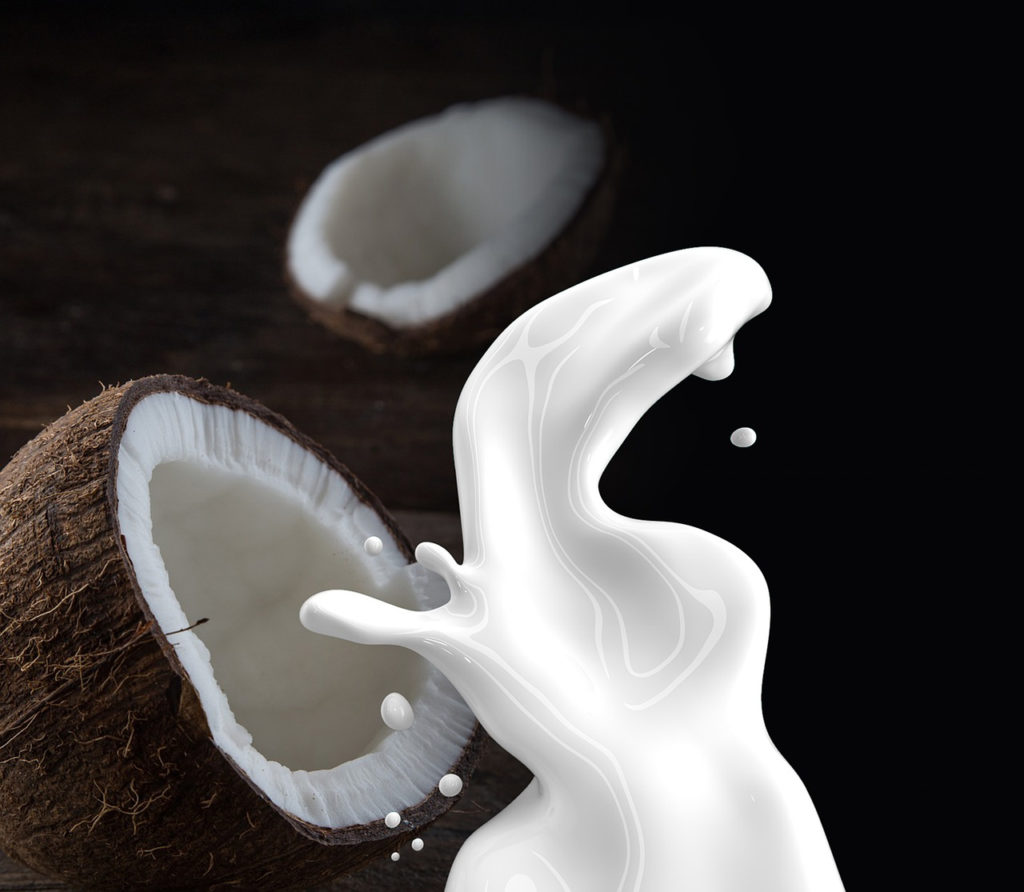 Flax milk: Made from cold-pressed flaxseed oil mixed with water, flax milk is the most comparable non-dairy milk to cow milk in terms of taste. Texture-wise, flax milk is most similar to skim milk  or 1% milk and is thin and smooth. Depending on the brand, the calories in an eight ounce serving can range from 25-60. Flax milk does not contain protein or fiber, but it is high in omega-3 fatty acids and contains 30% of the recommended dietary allowance of calcium.

Oat milk: A favorite in Europe, oat milk has a mildly sweet flavor and creamy texture. Made from pre-soaked oat groats (hulled whole grains) oat milk is most comparable to low-fat or fat free milk and contains approximately 130 calories per eight ounce serving. It is high in fat and carbohydrates with around 25 grams of each. Oat milk is high in total fiber and beta-glucan, which can help lower cholesterol levels. Like the popular soy and almond milks, oat milk is becoming more prevalent in coffee shops as an option for non-dairy milk.

Hemp milk: Made from the seeds of the hemp plant, hemp milk (Cannabis Sativa) comes from the same plant species used to make the drug cannabis, commonly known as marijuana. Although it is sweet and nutty, hemp milk has a more acquired taste with its  thin and watery texture. In an eight ounce serving, it contains approximately 60 calories, five grams of fat and two grams of protein. Disclaimer: Consuming this non-dairy milk will not result in mind-altering effects, as hemp seeds only contain trace amounts of tetrahydrocannabinol.

Coconut milk contains an incredible amount of fat. Don’t fall for internet “experts”. Coconut milk is so bad for you. Ask an actual registered dietician, no a Social Media Manager.

Hello sir or madam, thank you for your anonymous feedback! While I do not claim to be an “expert” anywhere in this article, I want to clarify that this guide is only a brief overview of some of the different types of non-dairy milk. There is definitely a difference between canned coconut milk, which is typically used in cooking and contains a significantly higher fat content and calorie count, and the unsweetened coconut milk beverage, typically used for drinking. For those interested in learning more about the nutrition facts of the coconut milk beverage, I would recommend the popular brands… Read more »

Well, Calista, perhaps you should read what Consumer Reports and The Center for Science in the Public Interest had to say about almond milk before you tout it’s non-existent benefits.

Hello sir or madam, thanks for your anonymous feedback! I actually did read numerous Consumer Reports articles, among other sources, about non-dairy milk, but I appreciate you providing these sources for other readers wanting to learn more. I’m not sure if you read the entire almond milk section, but I did not mention anywhere that is has “non-existent benefits.” In fact, almond milk has numerous benefits, which I touch upon in the article. As I mentioned in a comment above, this guide is only a brief overview of some of the different types of non-dairy milk and more in-depth information… Read more »

Calista, please read “Lay Off Almond Milk, You Ignorant Hipters” from Mother Jones 7/16/14. Most of your other selections are just as bad.