On Tuesday, one of the University of California’s largest unions called for a boycott of all UC speaking engagements, specifically referencing upcoming May commencement events. 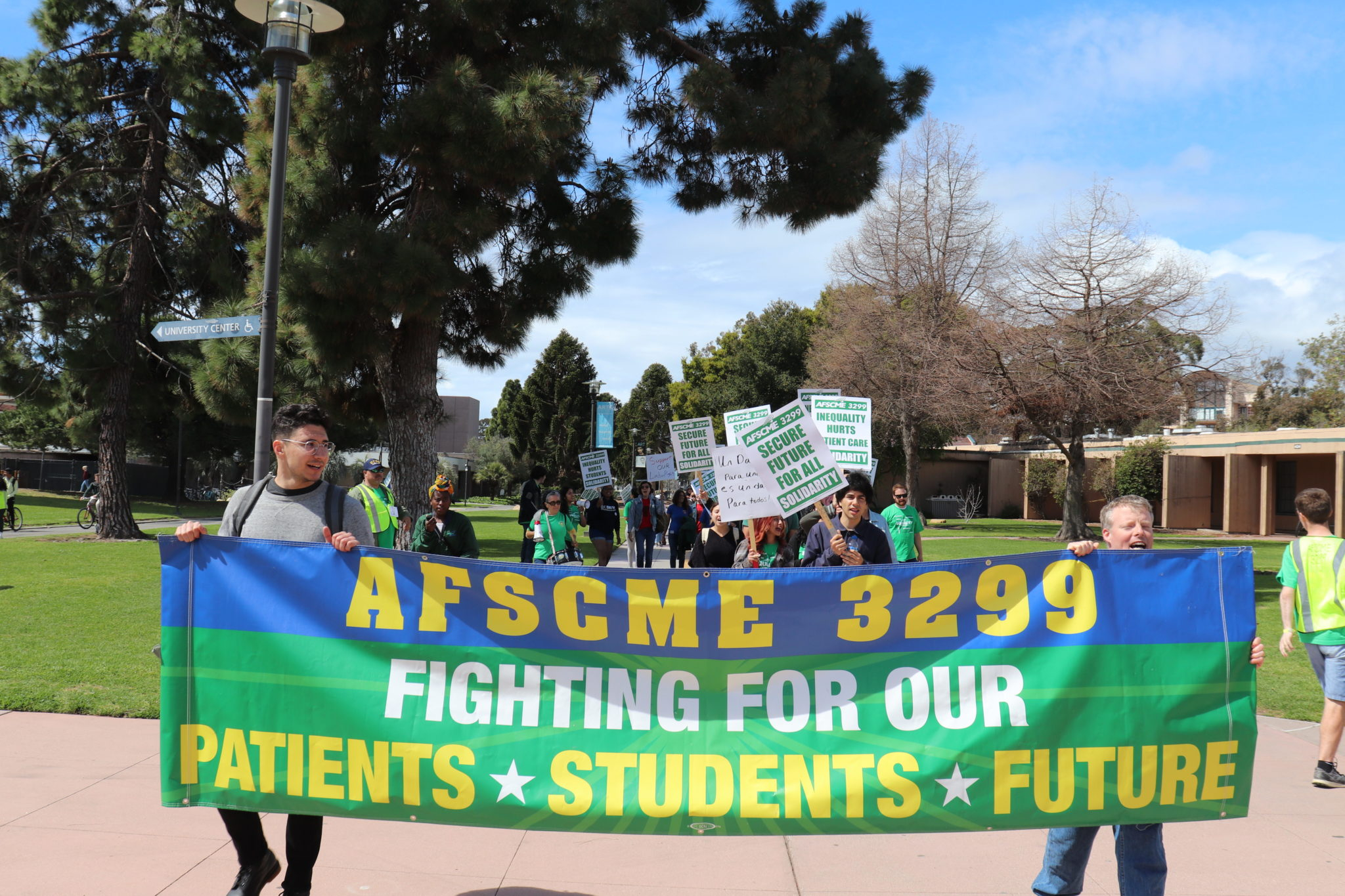 The union has gone on strike several times during the past two years. Devin Ralston / Daily Nexus

UC Santa Barbara’s commencement ceremonies will take place on June 9, 14, 15 and 16. A speaker has not yet been announced.

This is the second time in recent years that the union has called for a boycott of commencement speakers. During Spring Quarter 2018, United States Senator and current presidential candidate Kamala Harris and Congressman John Lewis withdrew from speaking at UC Berkeley and UC San Diego respectively after AFSCME called for a boycott amidst contract negotiations, the press release states.

The union and the university have been negotiating over contracts for over two years. The main disputes between the two are over pay raises, outsourcing and retirement benefits.

The union has gone on strike several times during this period.

In a previous statement to the Nexus, UC Office of the President Director of Media Relations Claire Doan called the AFSCME’s demands “unreasonable.”

“They want raises that are nearly triple those given to other UC employees,” Doan said in the email. “We hope AFSCME leaders will channel more time and effort into actual bargaining.”

Recently, the union filed an unfair labor practice charge against the UC system, alleging harassment and intimidation during strikes over the past six months. The union subsequently went on strike following the filing of the charge.

“The University of California has used intimidation tactics to keep workers from protesting over outsourcing and income inequality instead of negotiating in good faith,” AFSCME Local 3299 President Kathryn Lybarger said in the press release.

“We do not tolerate bullying. If invited speakers feel the same way, then they’ll honor this boycott of UC events.”

Now, that would be a service to the UCSB community.

During the two decades that I worked at an AFSCME hospital, the union was all about bullying and intimidation. Odd, that they should accuse others of this.

AFSCME the worst of many bad unions at UCSB is unwilling to negotiate or make reasonable demands and thus disrupts campus. They are the worst