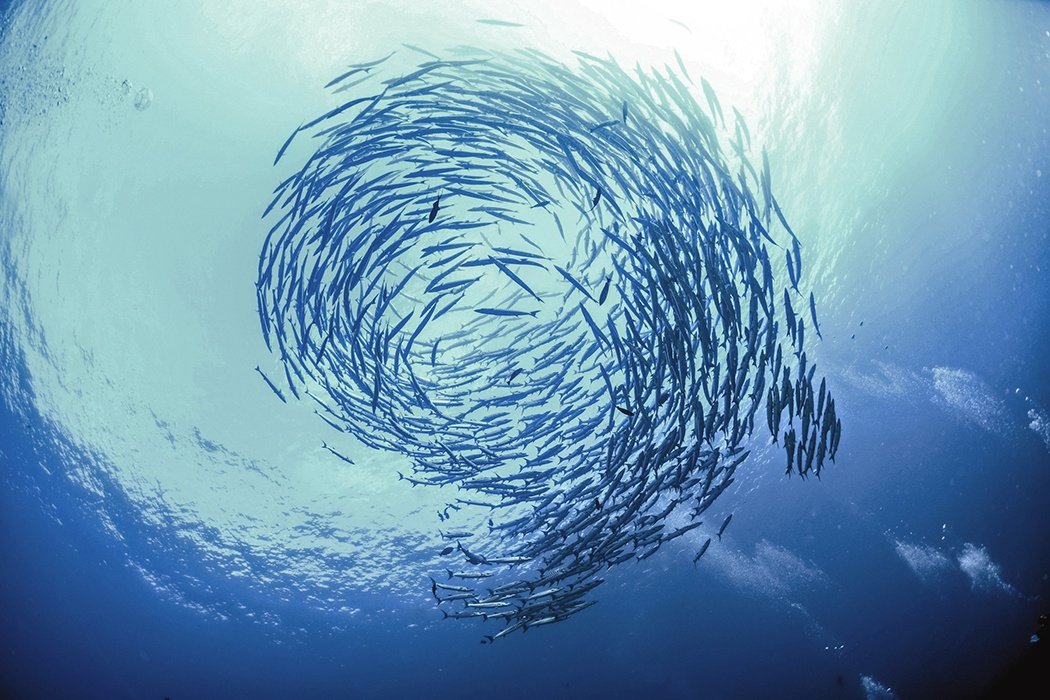 “There are plenty of fish in the sea.” This commonly heard idiomatic expression is starting to develop into an ironic saying as the impending climate catastrophe threatens fish populations around the world. Wild-caught and farmed seafood is the largest traded commodity in the world, and fish remains a primary source of protein for about half of the world’s population today, according to the World Wildlife Fund.

Climate change is affecting fish ecosystems and will undoubtedly pose a risk to both the future food supply and economic growth, as fisheries are crucial to food security and poverty alleviation. According to the United Nations, 97% of fishers are in developing countries, so the industry is a significant source of livelihood for billions of people.

The future of fish is an important issue as our generation is ushered into an era of climate change-induced consequences . In order to prevent overfishing and resource depletion, scientists like UC Santa Barbara’s Christopher Free are researching global fishery reform, sustainable aquaculture, marine biodiversity protection and more.

Free, a postdoctoral researcher in the Bren School of Environmental Science & Management, led a study on the impacts of warming waters on fishery production. The results were recently published in the journal Science in March 2019.

Current burdens on fisheries include stock overfishing and poor management, with climate change soon to be added to the list. Free and a team of scientists used temperature-dependent population models to compare records of ocean temperature to abundance data for 124 species in 38 different ecoregions.

“For the data available, we documented how temperature has either benefitted or negatively impacted populations,” Free said.

The investigation also assessed how the ability of fish populations to provide food has changed, according to historical data from 1930 to 2010.

Out of a total of 235 fish populations, 8% were negatively impacted and 4% were positively impacted by global warming. Free and other scientists used their model to hindcast temperature-driven changes in maximum yield, which showed a 4.1% decline in the food provisioning potential of fish populations since 1930. The paper also forecasted “winning” and “losing” ecosystems under warming waters, in which certain regions of the world would experience a loss of fish diversity and availability.

This study observed significant regional disparities in food availability. The data showed that East Asian ecoregions showed some of the largest temperature-driven losses in fish productivity. These are the same regions that support the largest human populations in the world. Tropical developing countries, which are seeing large increases in human population and demands for food, will also experience loss in food availability.

Free’s findings highlight the importance of proper fishery management in the future to account for changing productivity and biodiversity as the ocean warms. This entails the development of new tools to observe fish populations, new strategies to avoid overfishing and new arrangements to distribute fish around the world.

“There are many other factors that are definitely influencing productivity,” Free said.

Some of these additional factors include ocean acidification, falling oxygen levels and habitat loss — areas where further research is required.

Overall, Free believes that two of the most important levers we have for mitigating the impacts of warming on fish populations are to prevent overfishing and to develop sustainable fishery management practices.

“I’m really interested in understanding more of the mechanisms by which climate change is affecting fish populations and using that information to design strategies that are adaptive and responsive to climate change,” Free said.

His next steps include thinking about ways to set fishery catch limits that are adaptive to changing productivity and how to use marine-protected areas to buffer the impacts of climate change.

Fish represent an important input in our society because they both feed and employ people. Many fish ecosystems will be disrupted as ocean waters warm and many regions will have less food as a result. Free’s findings emphasize the consequences of climate change, and he urges us as a society to reduce greenhouse gas production in order to protect a vital source of livelihood for people around the world.

Fish farming is pointed to as a solution but it’s actually a huge part of the problem. In addition to many of the wild-caught fishes being used as food for farmed fishes (and chickens, pigs and shrimps), it is a big source of water pollution and disease/parasite transmission to wild fishes. It is also extremely inhumane. What should be done is encouragement of everyone who doesn’t need to consume aquatic (and other) animals as an absolute matter of survival (i.e., the vast majority of people) to opt instead for a vegan diet, which could also be a great boon for… Read more »