UC Santa Barbara’s Pan Asian Network released a list of demands late last week, aiming for an increase in academic programs, campus programs and campus resources that would address the needs of Asian students on campus.

The Pan Asian Network plans to present the demands to Chancellor Henry T. Yang on Thursday at 11 a.m. in Cheadle Hall, according to Rachel Ng, a member of the Pan Asian demands team. 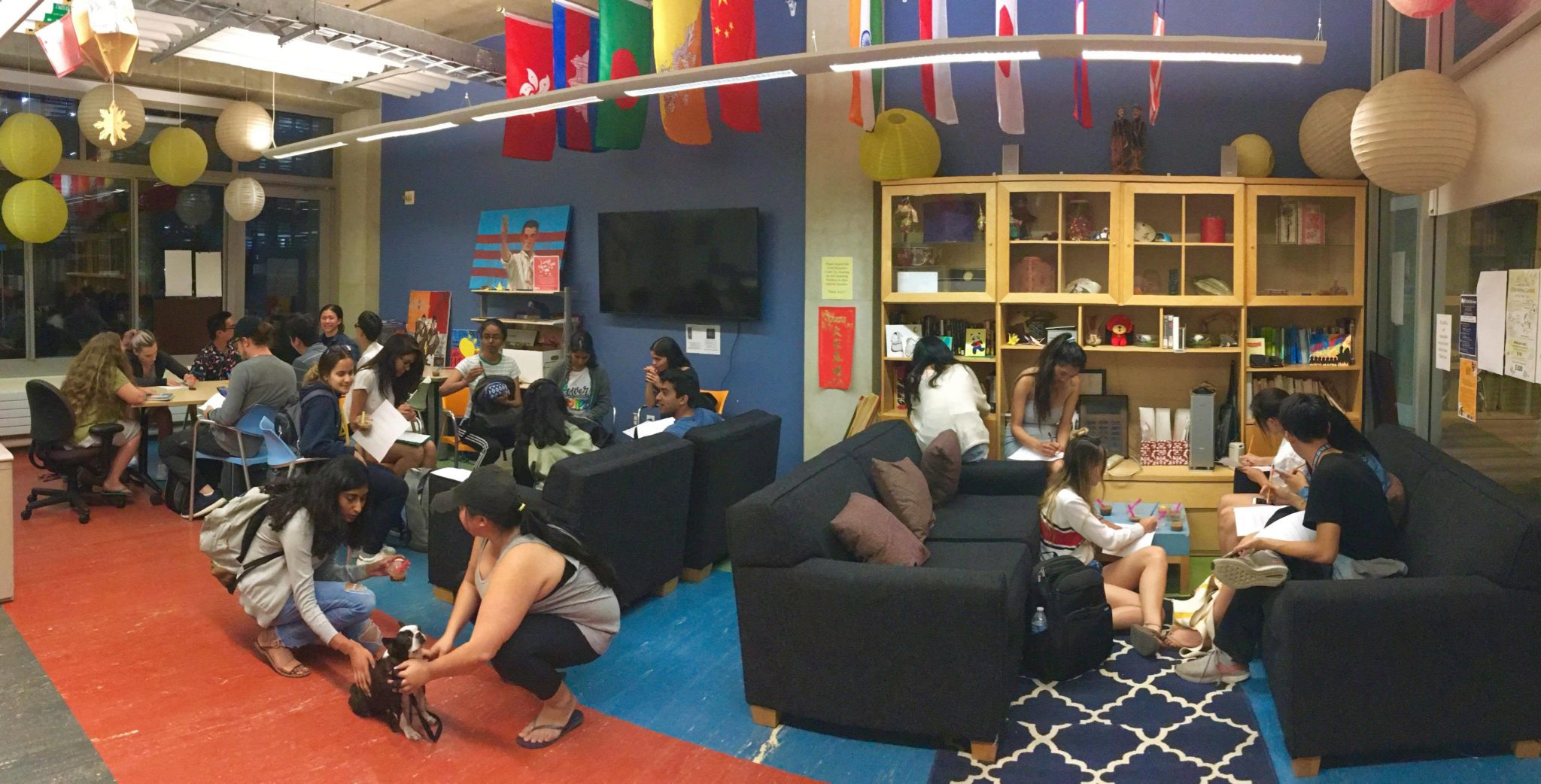 The demands themselves were primarily written toward the end of Winter Quarter. Courtesy of Isabella Liu

According to the demands team, the term “Pan Asian” refers to those who are of Southeast Asian, South Asian and Pacific Islander descent, along with those who identify as Asian American, multi-ethnic students, international students from Asia, immigrants, refugees, undocumented students from Asia and first-generation students of Asian descent.

“It’s not like the professors aren’t doing good work, it’s that they are one of the smallest departments on our campus,” Ng said. “They have six tenured faculty members.”

Ng, a fourth-year biological sciences and global studies double major, said this number is not where the department should be, especially considering that the Asian American studies department in theory should “provide enough academia and knowledge and research” for almost a third of the student body.

“What’s really interesting is that UCSB was the first university in the entire country to offer an Asian American studies B.A., but if you track the progression of when we first offered it to now, the department has only grown by three members.”

The “academic programs” section also calls for the creation of an interdisciplinary graduate emphasis in Asian American studies, as well as institutional support and funding for the Asian Pacific Islander Graduate Student Alliance.

“There’s been a really big issue with people not recognizing that Asia represents a continent,” Ng said. “The point of the trainings is for us to get staff up to the knowledge that we would like to see them at, to realize the different needs of different cultural groups.”

“They kind of just assume that all Indian students speak Hindi, and not, like, Tamil,” Ng said.

The final “campus programs” section calls on UCSB to create a Pan Asian Center that would focus “on providing opportunities to foster inclusivity among all members of the UCSB Pan Asian community.”

The board of the Pan Asian Center would comprise a director, a programming coordinator and a publicity coordinator. The center would also offer paid student staff positions, according to the demands.

All members of the board would be paid a salary, according to Ng.

“Thirty [percent] of our student body has one room on campus that represents their cultural identity where they can meet, socialize and find a central home. There’s no way that room can do all of that,” Ng said, referring to the Asian Resource Center in the Student Resource Building.

Ng said the Pan Asian Network demands team is made up of eight undergraduate students and that the team formed “very organically.”

“It ended up being through word of mouth of who was already Asian and in the activist community, which is a pretty small group of people,” Ng added.

The demands themselves started to gain traction during Winter Quarter 2019.

“At that time, we weren’t really sure what we should call ourselves. We didn’t want it to be extremely East Asian-centric,” Isabella Liu, another member of the demands team, said.

According to Liu, a second-year communication and philosophy double major, the demands team was created after the Asian-Pacific Islander (API) town halls, held by the API Task Force, during Fall and Winter Quarter. The demands themselves were primarily written toward the end of Winter Quarter.

“We sent it out to other organizations with members that would fit under the Pan Asian category and had them submit any recommendations and changes that they would like to see, and we tried to include them as best as we could,” Liu said.

The Pan Asian Network also circulated a survey on Facebook to gather input on what students wanted to see in the demands.

“We’re lucky that our board is very diverse in that we have East Asian, South Asian, Southeast Asian and mixed race [students], so we have a pretty diverse board at least to draw from experience,” Ng said. “It’s really hard to get 30% of the student body to agree on one thing.”

Both Ng and Liu hope that Chancellor Yang is receptive to the list of demands.

“The idea is for as many students as possible to join the Pan Asian Network in delivering the demands to Chancellor Yang’s office,” Ng said.

“Our hope is that, given he is an Asian American, and that he’s existed within this world, that he can also empathize and realize what we’re asking for and why  need it.”

Liu said there are currently two Associated Students senators working on a resolution in support of the Pan Asian Network demands. The senators plan to introduce the resolution during Wednesday night’s senate meeting.

Liu said she is a student sponsor of the resolution.

The Pan Asian Network demands follow the Black Student Union (BSU) demands released earlier this school year, in which the BSU called for a similar increase in resources for Black students on campus.

“We definitely saw the momentum that BSU had, and we were inspired by that,” Liu said.

“A lot of the things we demand just happen to be very similar because they’ve been neglected by the administration for so long. There are definitely parallels, and we see them as well, but I wouldn’t necessarily say that our demands themselves were directly influenced by BSU,” Liu added.

The demands in full can be viewed below:

Correction: A previous version of this article indicated that Rachel Ng suggested using El Centro for the Pan Asian Center; however, the article has been updated to clarify that Ng actually said a separate building, similar to El Centro, would be ideal.

Lol… so every ethnic group on campus gets to have a list of “demands” and get a new building built for them? SO ridiculous lol.

Isabella Liu is my hero

I demand a 4.0 for the rest of my time at UCSB. If they want to negotiate cool, if they try to ‘demand’ anything the chancellor should tell them to buzz off.

“Undocumented students from Asia” ? You expect me to believe that these people swam 7,000 miles across the Pacific Ocean>

Where would you find these wonderful things?