UC Santa Barbara’s Associated Students Senate will address the controversial divestment vote for the sixth time in seven years tonight, as both anti- and pro-divestment groups prepare to sway the Senate’s vote. 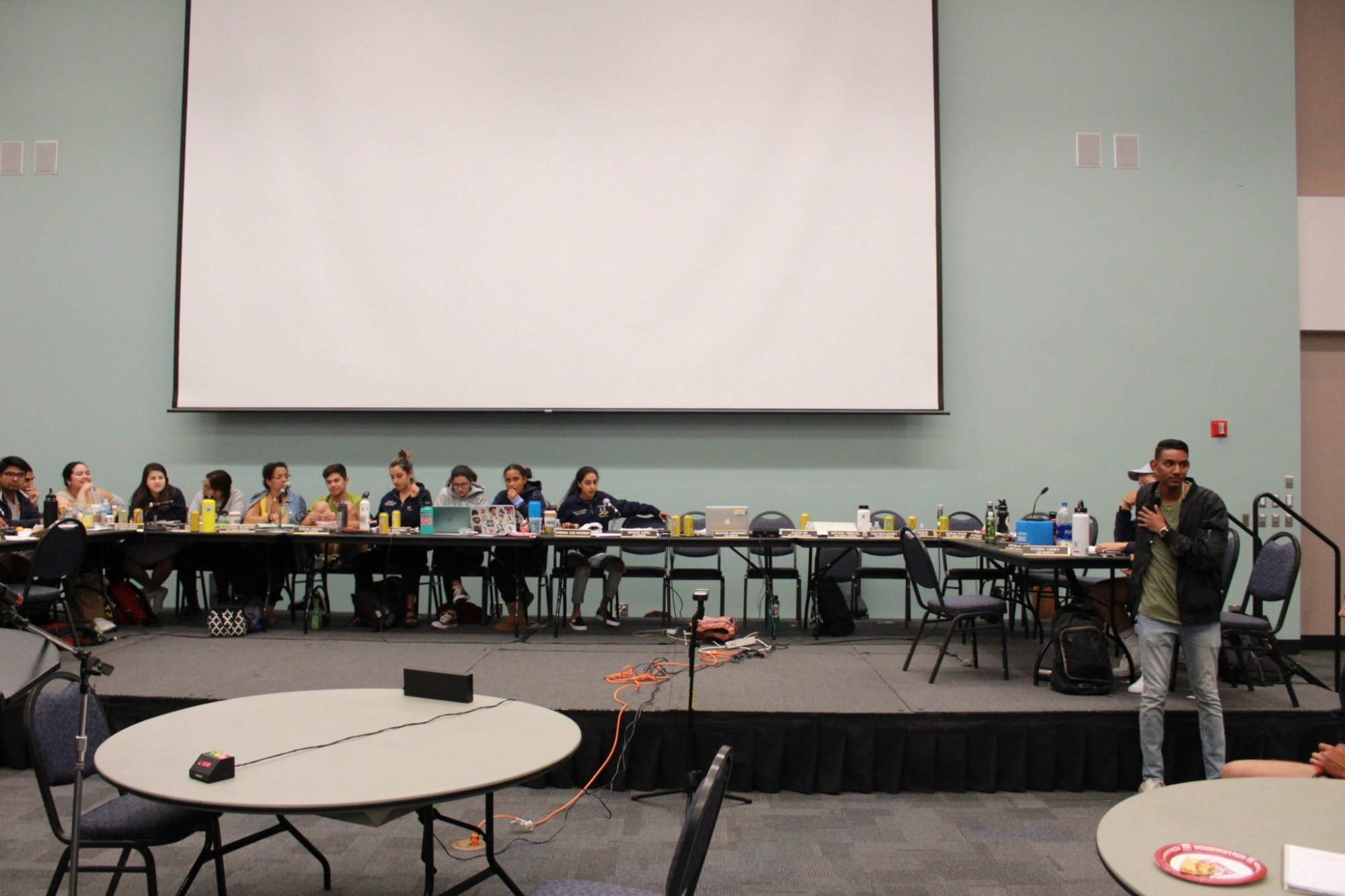 Divestment, which calls for the University of California to divest from companies that profit off of alleged human rights violations by the Israeli government against the Palestinian people, has been hotly debated on campus since a resolution on the topic was first introduced to the Associated Students (A.S.) Senate in 2013.

UCSB is the only UC student government that has not passed a resolution to divest.

This year’s resolution was authored by Letters and Science Senators Ricardo Uribe and Xochitl Briseno and is student sponsored by Dylan Kupsh and Fatima Abdel-Gwad.

“[W]e, the Associated Students of UCSB, direct the ASUCSB Investment Advisory Committee, UCSB, the University of California Treasury, and the UC Regents to withdraw investments in securities, endowments, mutual funds, and other monetary instruments with holdings in any of the aforementioned companies or subsidiaries thereof,” this year’s resolution states.

“This resolution aims neither to condemn a country, a people, or a community nor to determine a political solution or cast moral judgement, but is solely aimed at ending our University’s support of companies that enable human rights violations.”

Kupsh, who is an active member of Students for Justice in Palestine (SJP), emphasized the above idea when a draft of the resolution primarily written  by SJP was first released for public comment.

Tonight’s Senate meeting will begin at 6:30 p.m. and will be held in Corwin Pavilion. There are only two items on the agenda: the resolution to divest and the Spring Quarter 2019 elections ballot.

The Senate is composed of 24 senators, not including Internal Vice President Steven Ho; as of Wednesday morning, three senators have excused themselves for the entire meeting but will be sending proxies in their places.

If there is a tie, Ho will be responsible for casting the tie-breaking vote.

The UC Regents invested over $127 million in these companies during 2018, according to the resolution.

Following the news that divestment would be happening on Wednesday, both anti- and pro- divestment groups created Facebook events aimed at getting more people to attend the meeting and express their opinions about the issue.

“We oppose this resolution and we need your presence to demonstrate student opposition to this divisive resolution,” the Facebook description states.

The pro-divestment Facebook event, created by Students for Justice in Palestine, states that the resolution “is intended to create a critical dialogue about companies participating in human rights violations.”

In the past, the resolution has been largely symbolic, because while it calls upon the UC system to divest, the A.S. Senate has not had any actual power itself to divest.

The resolution in full can be viewed below:

BDSers should divest from their iPhone, given the technology that powers it was designed in Israel. Also, any alternative means of smoking cannabis – which I presume many of them do when they’re not jerking it to Palestine – should be considered non-kosher since the methods were designed by an Israeli.

Also, please return your Macbook, Android device, and most of your personal electronics as they all contain Israeli technology and thus benefit the Israeli economy and supposed “oppression” of the poor poor Palestinians.