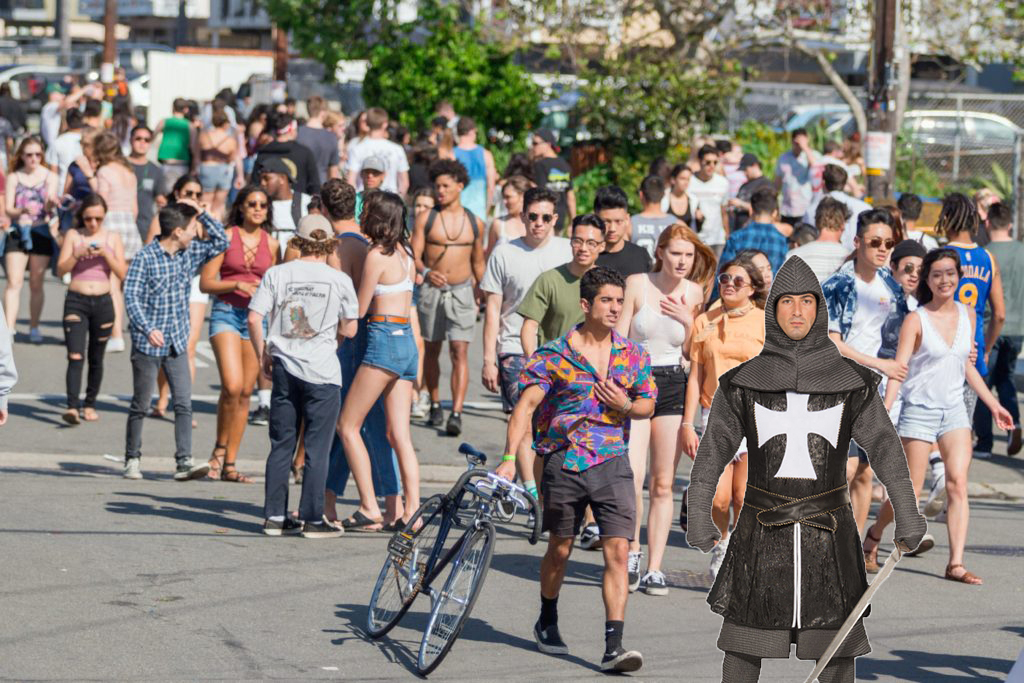 Holla cater-cousins! ‘Tis I, L’rd Walt’r de Bolbec, coming to thee liveth from the 68 block of Del Playa f’r an occasion hath called Deltopia! I has’t hath heard it is quite valorous excit’ment and yond th’re art bountiful maidens and mead plenty! Wherefore, coequal just walking through the doth’r of this frat party maketh me feeleth lively and jovial! ‘Tis a grand nonce f’r sure. Behold ov’r th’re! what is yond fine young gent doing? Is that gent upside down? Ah, I believeth this is hath called a kegstand. Most gl’rious!

I hadst bethought yond the maidens at this party wouldst beest bountiful, but how immodestly these distaff dresseth! Wherefore, I can seeth ankles! Prithee, putteth those folk hence. I shalt has’t to base’r mine own eyes so as to not offendeth these kind young ladies. What doest h’r fath’r bethink? If ‘t be true mine own daught’r hath shown h’r ankles, I wouldst raineth fury down upon mine own household!

I loveth deltopia, f’r th’re art plenty of fights! I hadst combated this young sir who is’t did look at me comical. That gent hadst hath said, “Who doth thee knoweth h’re?” and knowing nobody that gent hath tried to kicketh me out, but I me’rly hath reached f’r mine own sw’rd and that gent hath left me high-lone!