The Daily Nexus
News
Beer Tasting Class HOPS into UCSB
April 4, 2019 at 12:04 am by Evelyn Spence

For those looking for something a little more crafty than the selection of Coors Light, Budweiser and, of course, Natty Daddies offered at the typical Isla Vista party, you might soon be in luck. 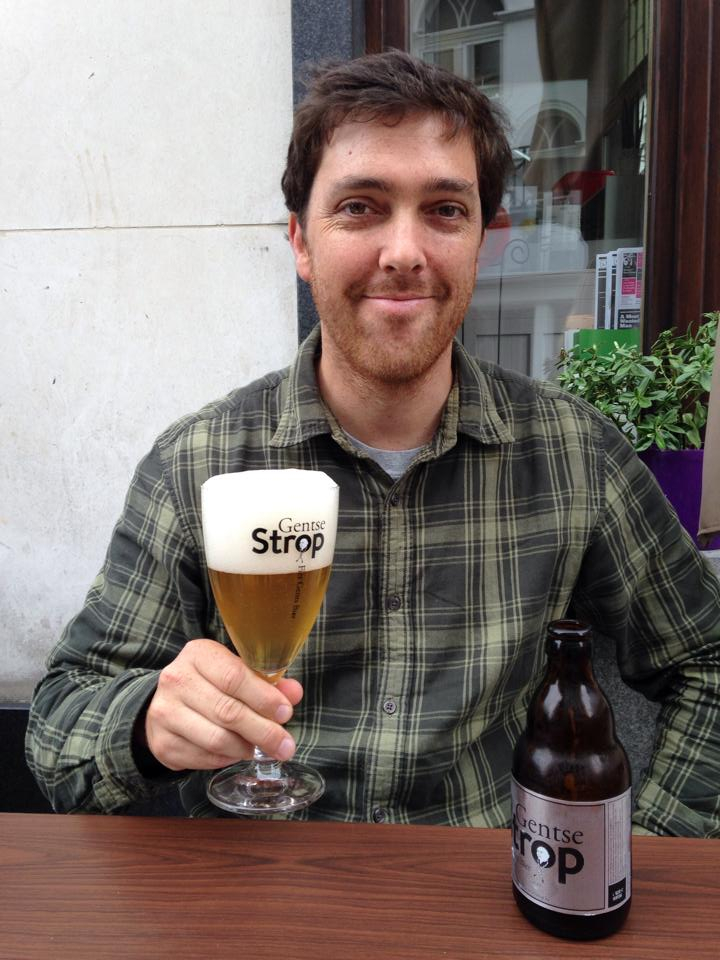 Yaeger first became interested in beer as an undergraduate at UCSB. Courtesy of Brian Yaeger

Beer writer and UCSB alumni Brian Yaeger ‘96 will be teaching the class. Yaeger has written several books about beer and is featured regularly in publications including All About Beer, Beer Advocate and the Santa Barbara Independent and appeared on NPR’s Marketplace with Kai Ryssdal.

“[My love for beer] began back in my college career, and I just think that the craft beer industry and the beer styles that are available have matured,” Yaeger said.

“It just seems like the right time for the university to match the wine tasting class with the beer education class.”

Yaeger was inspired to create such a class after he took a wine tasting class, also offered through the Rec Cen, when he was an undergraduate. He approached UCSB about teaching a class about beer last year, aiming to create one that would be on par with the wine class.

“I took [the wine class] and I loved it, but personally I’ve just always been more of a beer drinker and a beer fan,” he said. “And all of the beer knowledge that I have amassed, I had to sort of undergo that research by myself, but it would have been great if I could have had a course like this myself to set me on the right path.”

Yaerger, who is also verified on Twitter and is the author of Red, White, and Brew: An American Beer Odyssey, described his class as a “way for people to really get their toes wet.”

“When you are a student… let’s just go with the premise that your alcoholic beverage consumption begins at 21 – we could put a little winky face in there. Any consumption that you may have experienced is more than likely enjoyed a very gregarious setting where the aim is to be social and not really thinking about the beverage,” he said, laughing.

“For example, when you’re playing beer pong or quarters or any of those games, you’re not really thinking about how much you enjoy a drink, or what it’s made from. You just know it’s wet, it’s cold and it’s gonna have an impact.”

The class is open to both students and the surrounding Goleta and Santa Barbara community for $90 for students and $95 for non-students but attendees must be 21 or older.

The class will interweave the history of beer with a series of tastings, which are arranged by country and region. For example, the first night will feature German or Continential Loggers, while the second will feature British ales, Yaeger said.

“By the end, if you go to the supermarket or a bottle shop, and you see all the different brands in front of you, it’s not going to be strange and sort of foreign. You’re going to understand what those offerings are,” he said.

Overall, attendees will taste close to 40 different kinds of beer and should bring at least two wine glasses or tasting chalices, as well as “palate cleansers” such as pretzels, bread, crackers and, of course, lots of water.

Students must sign up at the Rec Cen Customer Service Center. Online sign-ups are not available.

“You don’t have to love every beer I’m going to pour, but you have to understand that someone loves it. And that every person who takes this class is going to leave with a broader understanding and a passion for these styles that they just didn’t even know existed before,” Yaeger said.

Sweet – do you get units for this?