The Daily Nexus
News
Majority of UCSB Pre-Bio Students Decide To Switch Majors
March 7, 2019 at 12:29 am by Sean Crommelin 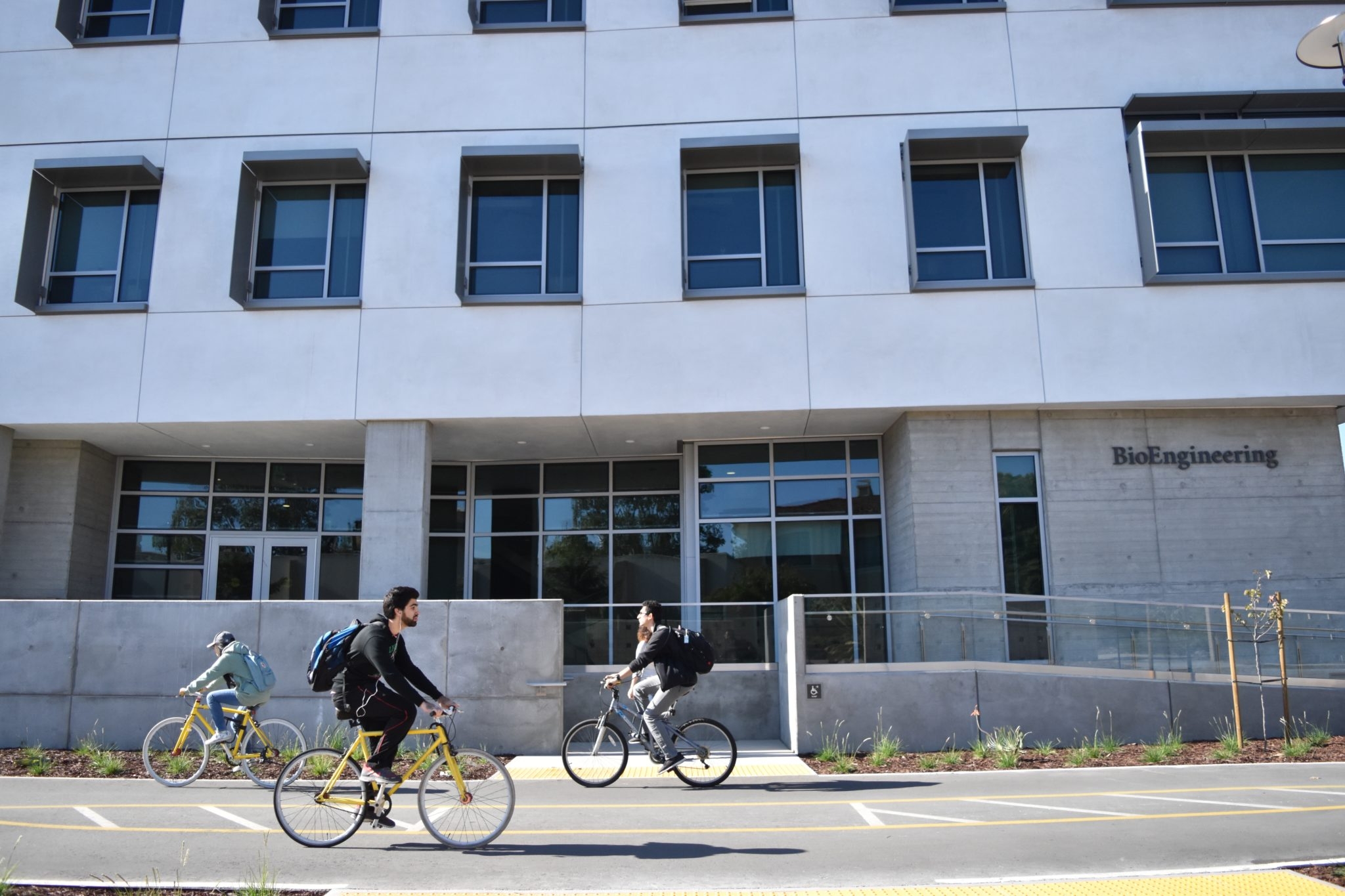 bio Members of the faculty have coordinated with students in attempts to raise retention rates. Nexus file photo

This data, documenting the number of freshmen who entered as declared pre-biology majors in Fall 2011 and 2012 and the number of those which had managed to complete a degree in Biological Sciences by 2018, is from UCSB’s Director of News and Media Relations, Andrea Estrada.

Jeffrey Stopple, the Associate Vice Chancellor for Undergraduate Education, commented that the numbers are reflective of other institutions statewide.

“It’s not dissimilar, it’s actually fairly typical. Biology is something that students see in high school, they already have an exposure to it,” Stopple said.

Stopple acknowledged the tendency for biology majors to declare the major with a pre-med track in mind, only to realize how overwhelming the major can be later on.

“Sometimes [they switch out] because their grades were not good enough to get into medical school. They think ‘well if I’m not going to be a doctor then, I don’t want to do biology after all,’” Stopple said.

The Daily Nexus reached out to students to gain insight on their perspectives regarding the department of biological sciences at UCSB, and found several recurring complaints.

While it is to be expected that S.T.E.M. majors be rigorous and require strong academic engagement, many students expressed frustration with the difficulty of prerequisite classes, as well as an initial lack of emphasis on biology during the foundational coursework.

“A lot of Bio students come in unsuspecting of how difficult the gen chem series is, especially resenting it because they’re not interested in studying chem in the first place, or necessarily good at it,” second-year pre-biology major Aja Whitehead said in an email.

Many students found that the administrators and advisors were at best overburdened and at worst outright unhelpful.

“The school would probably like to think that the major is hard and that’s why people are dropping it, but in all honesty I think the lack of support from the department itself plays a larger role,” Aidan, a fourth-year biology major who declined to give their last name, said.

“I’ve had great professors, but the advisors and administrators have never been helpful to me.”

Olivia, a fourth-year aquatic biology major who asked that her last name not be used, expressed similar discontent with advisors who she felt encouraged her to take an excessive course load during her first quarter after transferring to UCSB.

“I really do feel that students look to the advisors for guidance and help with structuring their plans here and they do not provide that,” Olivia said.

Ivan, a fourth-year biology major who asked that his last name not be used, was among a group of about 20 undergraduate molecular, cellular and developmental biology (MCDB) students who were part of an external review committee. The committee invites other faculty from universities around the west coast to evaluate the department, gather input from students and make recommendations.

“The complaints against the Bio department were pretty strong… comments ranged from poor class structures during the first two years all the way to a deficit advisory team,” Ivan said.

However, members of the faculty have coordinated with students in attempts to raise retention rates. Mike Wilton and Eduardo Gonzalez, two lecturers in the MCDB department, have worked to make more resources available to incoming freshmen who declare as pre-biology majors.

Associated Students On-Campus Senator Yash Nagpal has also been collaborating with Educational Opportunity Program (EOP) — alongside Wilton and Gonzalez — in an attempt to improve the situation.

“[Wilton and Gonzalez] introduced the mentoring series MCDB 11, 12 and 13, which are to be taken in conjunction with the gen chem series,” Nagpal said.

MCDB 11, 12 and 13 serve as chemistry support classes, so one can establish a community of like-minded peers with who to study and hold each other accountable. For classes like the general chemistry series which lack a section, Nagpal believes that these provide a more collaborative and intimate setting.

“Having these support programs that [Wilton and Gonzalez] create is essential to student success,” Nagpal said. “They see that students who take MCDB 11, 12 and 13… these students specifically have higher retention rates in the pre-biology major.”

EOP students are a demographic which leave the biology major at a much higher rate than the general student body, Nagpal said.

“Low-income students have to work for college compared to their more-privileged peers… because of this they can’t devote as much attention to their academics,” Nagpal said.

Nagpal is advocating for the expansion of financial support to more EOP-eligible students, which he hopes will alleviate some of this financial stress.

“EOP has an emergency grant alongside A.S., and as a senator I have taken it upon myself to work with the director of EOP, Aaron Jones, to revise the A.S. EOP grant and essentially expand this,” Nagpal said.

Although a consensus from students is relatively easy to find just by surveying the academic body, extensive qualitative information regarding the “why” of switching majors has not been compiled.

“I’d love to have more data in many ways, and know more about the process by which students change majors. We could do better generally, as a campus, in collecting data,” Stopple said.

Biology doesn’t make fundamental sense without the chemical logic that is attached to drive reactions in a particular direction. I wouldn’t want a doctor sticking anything inside me who doesn’t have this fundamental knowledge on the mechanisms and cascading effects of whatever they’re doing to me.

Structure determines function, and so ultimately this comes down to the interactions of monomers and constituents that is best explained with chemistry. I’m tired of hearing these excuses from biology majors.

I don’t think anybody will ever try to dispute your point that Chemistry is fundamental to bio. As a first year student though, it is really disheartening to know I won’t take my first biology class until my second year. The problem here being that now I DON’T KNOW until my second year whether or not I actually want to go through with biology because I may or may not even like it.

As a bio graduate, I whole heartily agree with this article. The bio advisors are the literal worst people ever in their position. They provide no support and dismiss everything you say. They in my experience try to get people to switch out of the major at evey turn. Even the new pre-bio student orientation is them tying to scare people out of the major. I went to the EAP office to study abroad, researched classes to take abroad, that previous students had taken. First thing the bio advisor said was “I’m not even going to look at that”. ‘That’… Read more »

Although I agree that the bio advisors are (mostly) worthless, I don’t think they are entirely to blame for the lack of completed degrees. I am certain that many of those individuals that graduate with bio degrees did not speak with advisors until they had completed most of their prereqs (I didn’t). I think it’s about how much you want it and how much you are ready to work for it.

Honestly fuck the pre-bio advisors. They are THE anathema to the department and the program. The professors — often, at least — do the very best they can with the exponentially cascading students and the shrinking resources. The advisors are there to provide solace, advice, and hope of progression for those who are intelligent and passionate but are merely struggling. They 200% do NOT do any of that. They want to kick you when you’re down and discourage you unless you’re a 3.9+ student, which not everyone is obviously. They are literal swine and I hope they lose their jobs… Read more »