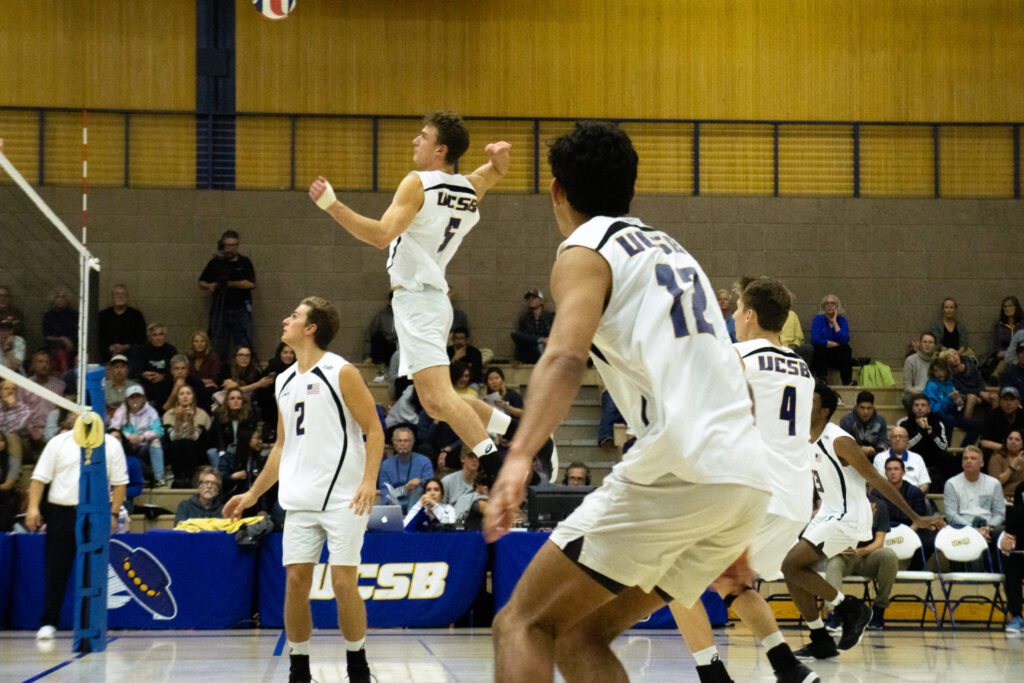 Winners of 11 straight, the No. 4 UCSB men’s volleyball team has come a long way this season and before it has a showdown with the No. 1 team in the nation next week in Long Beach State it must first not lose focus on its opponent this week, unranked Lindenwood.

Currently, Santa Barbara boasts a 14-3 overall record and, with two wins against UC San Diego, it also has a 2-0 conference record. As it prepares to host Lindenwood, who is 7-11 overall, 3-5  in conference, UCSB also has a 9-1 record at Rob Gym.

For UCSB, this will be the first time it ever faces off against the Lindenwood program. However, against similar opponents, Lindenwood is 1-8 with its only win coming against Ohio State, a team UCSB lit up and swept.

Additionally, no one is really excited to play Santa Barbara right now. On top of being winners of 11 straight, seven of those victories have come against AVCA Top-15 competition. Also, a win on Friday for UCSB would give them its longest win streak since 1980.

In fact, of the 12 Top-15 teams Santa Barbara has faced, it has gone 9-3 in those games. UCSB has the toughest schedule in the nation when looking at its cumulative opposition, currently holding a 252-140 overall record. Down the stretch, the Gauchos also have the toughest schedule in the nation, facing No. 1 LBSU, No. 2 Hawaii and No. 3 UC Irvine ranked teams in its remaining conference play.

A big part for UCSB success this season has been because of senior outside hitter Corey Chavers. For the season, he leads the team by far with 236 kills (3.75 k/s) and 32 service aces. Additionally, Chavers is also among the team leaders in digs (66) and total blocks (32).

Chavers has also accumulated three Big West Player of the Week honors this season and has had three matches with over 20 kills.

Another big reason for the Gauchos’ success is the collection of freshmen that continue to thrive as the season continues. The aforementioned Wilcox has been arguably the best of the bunch earning three Big West Freshman Player of the Week honors. There have only been nine handed out this season.

This season, the outside hitter has reach the double-digit kill total six times and in this 11-game stretch, he has averaged just over nine kills a game much better than his 6.4 kills per game during the first six games of the year. He is second on the team in total kills with 132.

As for other freshman, Brandon Hicks has also been impressive. He too has earned a Big West Freshman Player of the Week honor and has played well on the defensive end for the Gauchos as the middle blocker leads the team in blocks with 54.

In terms of their competition, the Lions have been having an up and down season. Since starting the year 2-6, Lindenwood has won five of its last 10 to be at a steady record but it still has a lot of work to be done.

Where the Lions have struggled most this season has been limiting their opponents offensive opportunities. Currently, opponents average a .261 attack percentage and earn 11 kills per set. As a team, UCSB hits .326 for the season and earns nearly 12 kills per set.

The Lions do have three players with more than 100 kills led by junior opposite hitter Charley Hlavin who has 167. His running mate, Nick Stevenson, is tied for second on the team in kills with 129. Unfortunately, the two combined only shoot a .171 attack percentage.

Overall, this weekend is key for the Gauchos in the sense they cannot get ahead of themselves. It would be easy to overlook a team like Lindenwood, a team UCSB could beat easy. But it shouldn’t.

Santa Barbara has a lot of key matches up ahead, especially next week, but the only one that matters right now is unranked Lindenwood.

UCSB takes on Lindenwood at 7 p.m. on Friday, March 8 at Rob Gym.