The Daily Nexus
UC News
UCPath System Outage To Occur Due to Integration of Other UC Campuses
March 1, 2019 at 3:45 pm by Caleb Brown

The integration of UCPath into other UC campuses will continue into Winter Quarter, with UC Davis, UC Berkeley and the UC Agriculture Natural Resources soon to be added to its roster. This process will require a two-week system outage, which could hinder UC workers who now depend on the new system. 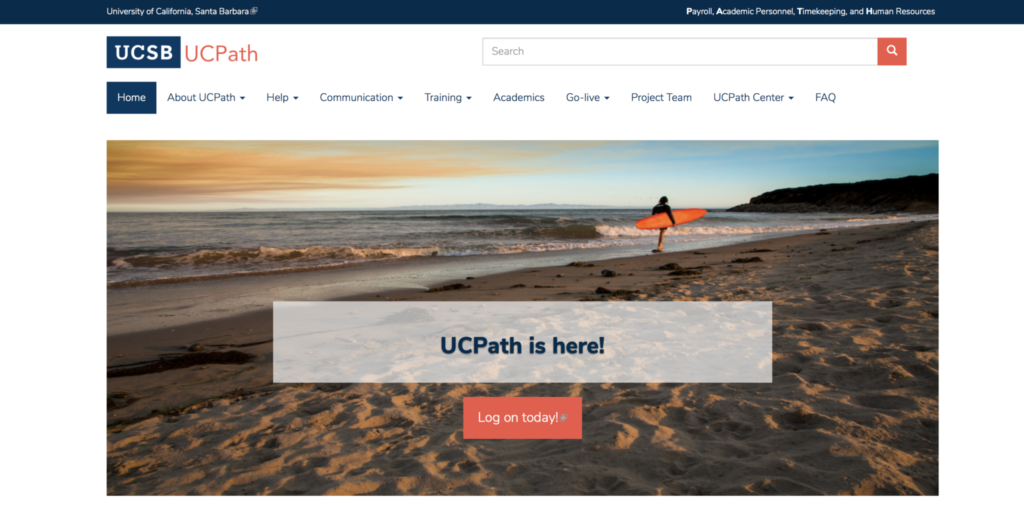 Amidst the ongoing UCPath malfunctions, three more UC campuses will be adopting the payroll system. Courtesy of UCPath’s Website

Two outages are scheduled for March 1 through March 7 and March 14 through March 20, beginning the first day at 5 p.m. and ending the last day at 8 a.m. during each respective week.

UCPath replaced the 35 year old Payroll/Personnel System (PPS) that had been used prior to the 2018-2019 school year, according to UCPath’s FAQ section.

During the outage, employees will be unable to access their W-2s and earning statements, according to an email sent by the UCSB UCPath team.

The program is not performing adequately, according to the UAW Local 2865, which counters the purpose of transitioning to UCPath.

The transition from PPS to UCPath has been plagued with issues and little help from UCSB to provide sufficient support for employee exigencies during this unsettled period, the UAW stated.

UC recently struck an agreement to pay all 763 affected workers $150 within 60 business days.

According to UAW 2865, recurring problems — such as late payments, being over- and underpaid or not receiving pay at all — afflicting academic student employees have only compounded.

“The rollout of the UCPath payroll system in October of 2018 has resulted in dire consequences for ASEs, many of which have gone without pay for months,” the UAW said in a press release.

“The University of California had no contingency plan to minimize disruptions, despite knowing that UCPath had caused similar problems on other UC campuses.”

“GSA’s top priority right now is continuing to get people’s issues fixed in a timely fashion, and we remain in ongoing conversations and follow-up meetings with UCOP and UCPath about the problems on our campus and across the UC,” Sorin said.

Sorin states that GSA has “extreme reservations about continuing the roll out until we know that all problems have been resolved.”

“UAW 2865 … demands UC administration to honor our basic rights as workers and fulfill their fundamental legal obligation: to pay its employees on time,” according to the UAW press release.