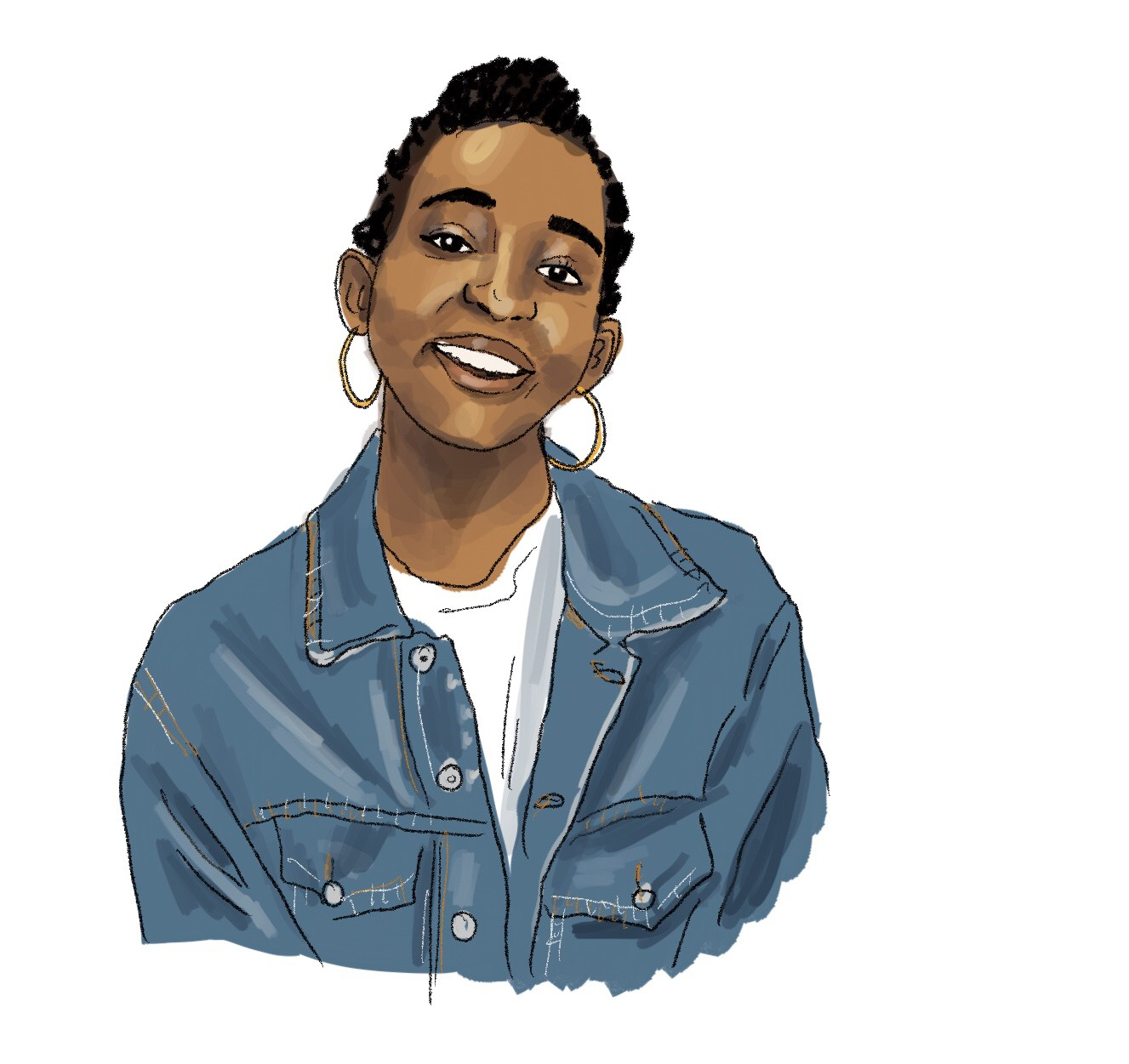 I always felt like a prop – a black Barbie in the frat house. It was as if my presence justified the sampling of black culture: the hip-hop songs, the throwback jerseys, the manipulation of words that I felt belonged to me.

This is why parties were the place I always felt most different. In the dim light, my white teeth stood out against the darkness of my skin. My hair didn’t flow when I danced.

I wasn’t myself in this setting. The sweating, the flashing lights that hurt my eyes, the men that whisper-yell into my ear with beer-soaked breath. Parties in Isla Vista are usually of this variety: the classic college rager. I can remember the last time I went to one; winter of my sophomore year. I was eighteen – still looking for my adventure in a house full of people I didn’t know.

It wasn’t long before I grew irritated with a group of guys invading my personal space. My toes hurt from being stepped on with all of their weight. I complained loudly, which caught the attention of one of the drunk boys. We went back and forth, I told him he was stupid.

“Well, your hair is ugly,” he said, and walked away, clearly vindicated in the delivery of his weak insult. I brushed my braids back off of my face, collected myself, and left.

“He just said that because you’re Black,” my roommate insisted as we walked home, more angry than I had ever seen her. Of course he did; he knew it would hurt. He could see me wearing my insecurity on my skin, in those braids. I don’t go to parties like that anymore.

Many I.V. residents go to UCSB, so the town population is clearly reflected in the campus demographics. According to the annual Campus Profile, as of the 2017-2018 school year, UCSB is 5 percent Black and African American. That’s just over 1,000 people out 25,000 students.

But I don’t have an issue with this town’s whiteness itself. At the heart of all the problems I’ve experienced is treating whiteness as what is most “normal.”

There are things I’ve seen white people in I.V. do that I never did before living here, like walking down the street barefoot. Maybe I’m too polite to ask questions, because these concepts, which are incredibly weird to me, are often accepted as the norm because of their association with whiteness. Whiteness has become normal in my personal life, too – especially while dating in I.V.

I want more black people – more black women – to be seen and heard in Isla Vista.

Most of the men I’ve dated since my time in college have been white, and my current boyfriend is white, too. I don’t tolerate behavior that exoticises my Blackness, but that doesn’t prevent me from dating outside of my race. I know that it’s better I take any issues as they come rather than writing off an entire group and a large percent of people my age agree with me.

A study conducted by the dating app Tinder showed that 62% of their survey participants have been on a date with someone outside of their race. It’s not clear how many of these people were Black or Black women, but I am a part of this group. If I choose to be with someone, it’ll be someone who wants to listen to me, who wants to see me. Being colorblind is not an option.

Although Black people still make up a small percentage of Isla Vista, people of color as a whole are almost half the UCSB and IV population. As of 2018, approximately 40 percent of students in college are students of color, according to the American Council on Education. Because of this ever-growing number, many students’ of color experiences are often lumped together to become one story about non-whiteness.

I do think that it is important for us all to be in touch about our experiences – but, at the same time, each is our own. It is simply not fair to group stories of being Black here in Isla Vista with other narratives, whether it’s out of convenience or to make a point about all students who are different.

There are things that have been said to me, or happened to me, explicitly because of my Blackness, that no one else could relate to. Here’s a sampling of stupid questions that have been asked of me and Black girlfriends of mine: “Your butt is so big.” (No, it’s not). “Does your hair look, like, big when you comb it out?” (No, not really). “I’ve never been with a Black girl before” (Cool, me neither). Am I supposed to be honored by you choosing me to be your first Black conquest? Am I supposed to willingly answer all the questions you have about my hair?

These encounters would likely happen in other places where there aren’t a lot of Black women. But the thing about I.V. is that you’ll see the people who deeply disrespected you cutting in line for food or biking in front of you or even sitting in the same class as you. They will barely acknowledge you, refusing to be aware of the space that you’re claiming. It’s a strange experience: the sudden shift from hypervisibility to invisibility. As soon as they choose to stop watching you, you dissolve into their surroundings.

I want more Black people – more Black women – to be seen and heard in Isla Vista. I want everyone to understand that there is more to Blackness in Isla Vista than the rap playlist at a frat party. But I won’t attempt to change an entire place or teach people here how to interact with each other. Instead, I’m starting a conversation that I’ve been thinking about for the past four years.

I love being Black. I am here, and I should be visible.

Dont worry girl, us brown womxn got each others backs. I think its about time we showed these white folks whose really in charge. This country was built on our backs and its time we take it back.

Whatever. It was built on many peoples backs, grow up. This nation was built by all sorts, you are not special.

Thank you. My daughter is black and I am not. She’s still young but I recognize I truly have no clue what her life experience is going to be as it will differ so much from my own. I’m constantly looking for ways to expand my own lens into what she will encounter, how she’ll be treated, what I need to find a way to prepare her for as she grows up – predominantly around people that don’t look like her. Your piece was thoughtful, insightful and appreciated!

You’re beautiful! Thank you for being here. I would call that out when I see you but wouldn’t want to make anyone uncomfortable.

So well written! The binary of hypervisibily and invisibility is very interesting to think about. As a white woman I am so glad I read this and hope more white people read as well to be informed!