UC Santa Barbara’s Students Against Sexual Assault discussed its updated list of “Asks” with university administration during the sexual assault town hall on campus on Monday. 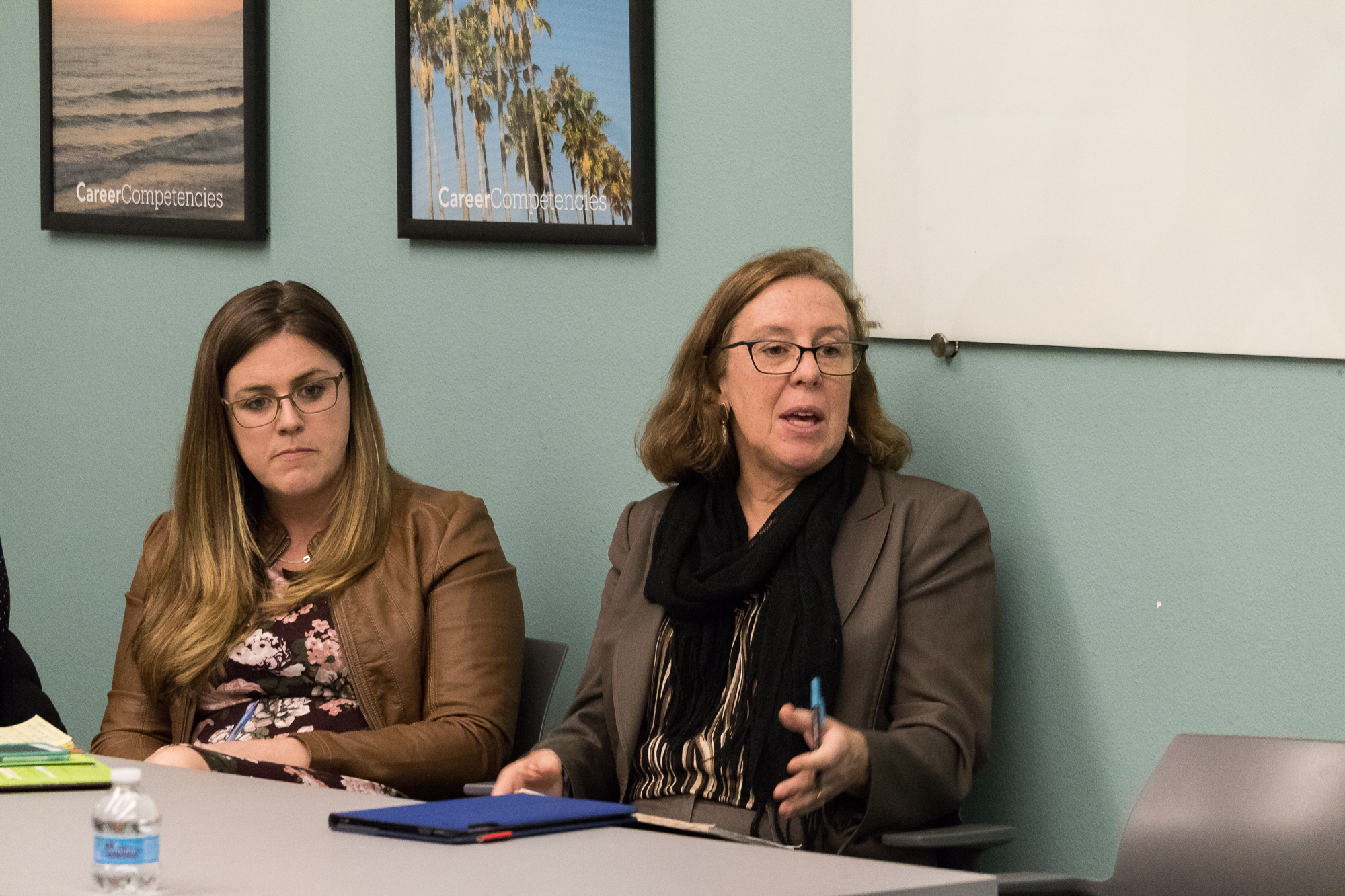 Students Against Sexual Assault (SASA), an extension of the Associated Students (A.S.) Human Rights Board, revised its list of Asks on Feb. 4 to include mandatory training for Office of Student Life organizations and sports teams, a revised Title IX Office website and online access to Gaucho FYI content, among other requests.

Monday’s town hall was the second of the year, following the first town hall that was held at the Pardall Center in November.

Title IX Officer Ariana Alvarez began by providing an update on the Department of Education’s Proposed Title IX Amendments. The department is still in the process of reviewing comments, which means that the status of the amendments is still unclear, Alvarez said.

The most concerning potential regulations include changes to the evidence threshold, scope of jurisdiction and responsible employee designation, according to Alvarez. Additional amendments include the right to cross-examination of survivors and perpetrators and a narrowing of the definition of sexual assault under Title IX.

Campus Advocacy and Resources Education (C.A.R.E.) Director Briana Conway said to students that despite the potential stress the proposed changes could bring survivors, C.A.R.E. will work to support them through the legal process however it can.

Reynolds questioned whether the UCSB administration would be taking a stance on the legislation. The UC system released a response to the proposed amendments in December 2018, stating that the changes would “reverse decades of well-established, hard-won progress toward equity.”

Alvarez responded that they are aware of the bill and are currently trying to navigate its position.

Associate Dean of Student Life Miles Ashlock discussed the possibility of requiring Standard of Excellence Training for OSL organizations and sports teams, which is another Ask proposed by SASA.

The Standards of Excellence is an educational program run by C.A.R.E. that is currently required for fraternities and sororities on campus. SASA has requested that the training be required for all OSL organizations and sports teams.

Alvarez gave an update on SASA’s third Ask, which requests a redesigned Public Accountability Report modeled after UCLA’s Title IX Office. UCLA’s model features an “anonymized descriptive statistics about complaints, investigations, and sanctions that have been meted out in the past,” according to UCLA’s Equity, Diversity and Inclusion website page.

UCSB’s Title IX Office is in the process of considering which aspects of UCLA’s model may be beneficial for UCSB, Alvarez said.

Equinoa predicts that the Gaucho FYI content will be accessible online within the next couple of months.

SASA officers also discussed the Ask that requests $5,000 annually from UCSB. The funds would be used “to organize a campus-wide campaign regarding affirmative consent.”

Ruiz clarified that funds for this request would ideally come from university fees, not student fees.

Vice Chancellor for Student Affairs Margaret Klawunn suggested a formal proposal and budget for the ask, detailing what the campaign will accomplish. The SASA officers agreed to follow up on this request.

The survey questions students on topics ranging from alcohol and drug use to personal safety and violence. It was distributed to UCSB students via email on Feb. 12.

Ashlock explained that the survey provides reliable national data, allowing administration to see which issues are unique or less prevalent at UCSB. These trends allow administrators to gauge which programs and policies are beneficial.

Feliciano voiced several of SASA’s concerns regarding the survey, including its lack of trigger warnings and feedback opportunities. He noted that SASA officers were also disturbed that the survey did not list any resources and neglected to give a clear definition of affirmative consent.

Conway responded that UCSB did not have any jurisdiction over the content of the survey itself, only the email that was sent to students. The email provided a trigger warning, stating that there may be some “personal discomfort with the content of certain questions.”

Conway also explained that the Health Equity Initiative, a work group that promotes health equity for underserved students, went through the survey last spring and wrote recommendations to the national organization. The group consists of members from RCSGD, C.A.R.E., C.A.P.S., Student Health, the Alcohol & Drug Program, Health & Wellness and the Women’s Center.

UCSB administration requested that the SASA Officers compose their feedback in writing to allow them to seriously acknowledge their concerns.

SASA’s next town hall will take place in Spring Quarter, with exact date and location yet to be determined.