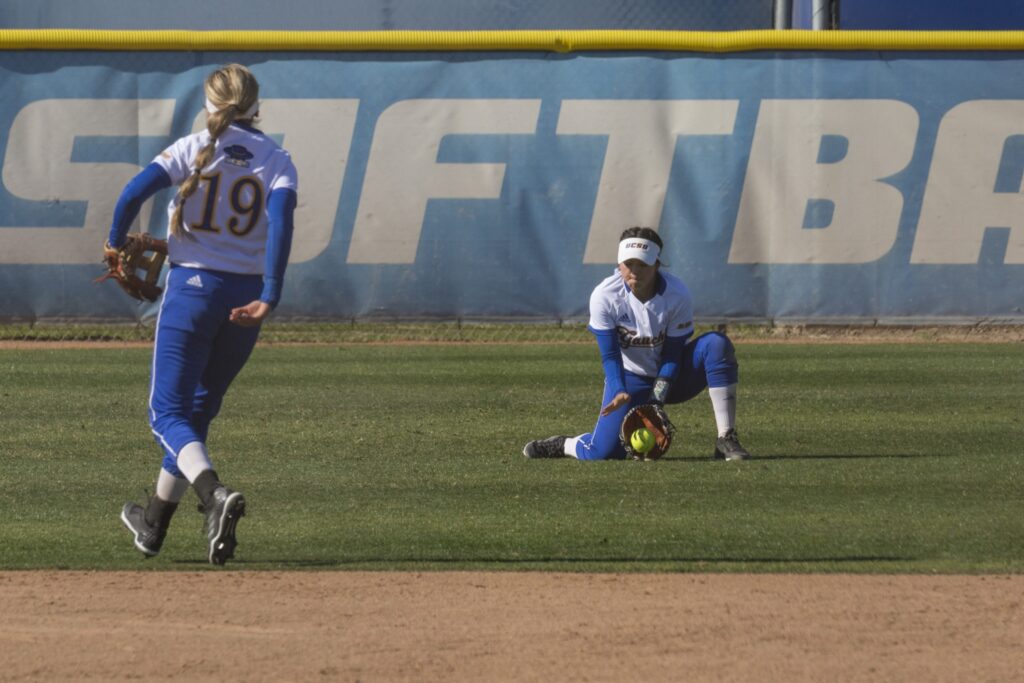 The UCSB softball team will be back in non-conference action this week as they travel down to Cathedral City to take part in the Mary Nutter Collegiate Classic.

The Gauchos are 3-5 on the season, and are now trying to bounce back from a rough showing at the 28th Annual Campbell Classic last weekend.

After winning the first game of the tournament against GCU, UCSB proceeded to drop four games straight, including an 8-0 blowout loss to Northern Illinois University.

However, there were some positive signs for the team that they can capitalize on moving forward.

One of these bright spots so far has been the play of sophomore outfielder Sammy Fabian. Fabian currently owns a .467/.500/.567 split statline and has significantly bolstered the Gauchos’ offense.

She leads the team in hits (14), doubles (3) and runs (6), and has also been very solid on the defensive end as well. While it would be almost impossible to maintain such a high level of production throughout the season, her play so far could very well be a spark plug for the rest of the team.

In terms of defense, pitcher Emily Schuttish has been off to a deceptively strong start. Although she currently has a 1-2 record, she already has one save and a complete game to go along with her team-leading 2.14 ERA.

Since senior Veronika Gulvin has struggled on the mound to start off her final year as a Gaucho, Schuttish will likely be seeing more playtime as the season goes on which could end up being a blessing in disguise for the team.

The rest of the players on the team will definitely have to pick up the pace if they hope to pick up some wins this weekend however. The Gauchos will be facing three teams who are nationally ranked —  No. 4 Oklahoma, No. 14 Arizona and No. 17 Oregon.

They will also face off against some more tough Pac-12 competition in Utah and a streaky BYU squad that has won three games in a row.

The key to this weekend is going to be offensive production.

UCSB has won every game in which its scored four runs or more, but the team hasn’t scored more than one run in its last four games.

The pitching staff has done their job with a decent team ERA of 3.34, but as the strength of their opponents increases immensely this weekend they’re going to need some support from the bats.

Looking a little closer at the opposition, the Gauchos could potentially face three of the top pitchers in the country.

Oregon’s Jordan Dail is seventh in the NCAA with 46 strikeouts, Arizona’s Taylor McQuillin is ninth with 45 and Oklahoma’s Mariah Lopez is tied for 12th with 41.

Lopez is also 13th in the nation with a stunning .27 ERA so far, so the Gauchos will have to bring their A-Game if they’re hoping to put some runs on the board.

Overall, this weekend won’t be too indicative of how the rest of the season will play out.

These will be the best teams that the Gauchos see all year, and the results of the games have no bearing on their conference position.

What will be important, however, is how much fight UCSB comes out with and what lessons the team can take away from playing against the top players in the country.

A hard-fought loss to a team like Oklahoma is at its worse a learning experience and at best fuel moving forward knowing that they can compete with the cream of the crop.

As long as the effort is there, the Gauchos really can’t lose.