The Daily Nexus
Student Gov
A.S. Senate Tables Bill To Clarify Consequences for Elected Officials Who Do Not Meet Eligibility Requirements
February 21, 2019 at 12:04 am by Max Abrams

On Wednesday night, UC Santa Barbara’s 69th Senate voted to table a bill that would update the bylaws of Associated Students Legal Code, which would detail how to take action if it is discovered that an elected officer is not meeting the eligibility requirements stated in the code. 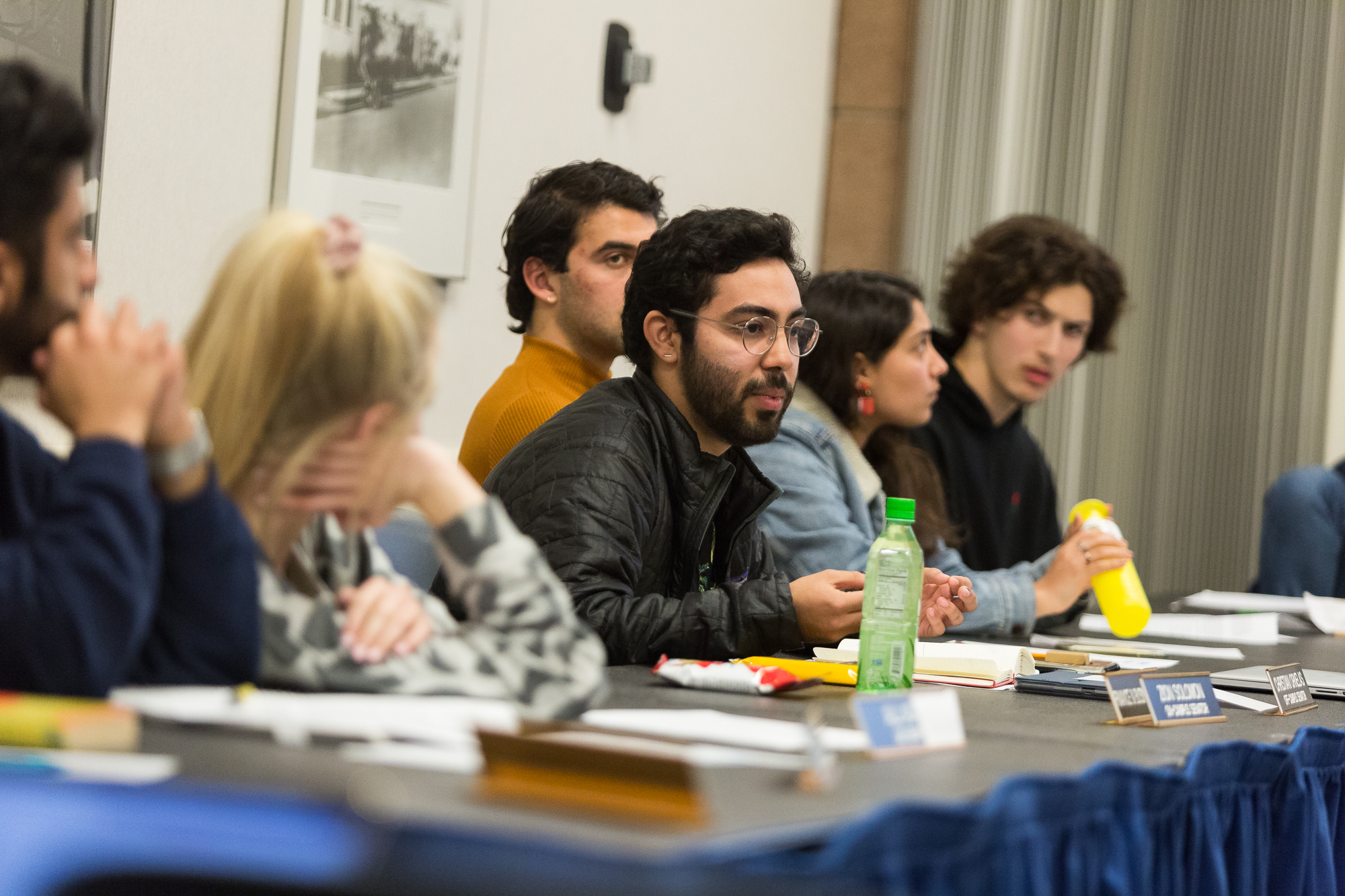 The bill, authored by Associated Students (A.S.) Letters & Sciences Senators Ricardo Uribe and Xochitl Briseño, provides elected officials who fail to meet the eligibility requirements spelled out in legal code — such as an on-campus senator living off campus, as in the case of On-Campus Senator Yasamin Salari — the opportunity to continue serving their terms.

The elected official would have to obtain approval from both the Student Advocate General (S.A.G.) and the A.S. Executive Director, Marisela Marquez.

The resolution is a modification of Standing Policy 36, which was introduced two Senate meetings ago by Uribe and Briseño. The policy would have given Senate the power to decide whether or not to grant a senator a one-time exception for their situation. The new bill also broadens the scope of the policy from senators to all elected officers.

However, senators at the Feb. 20 meeting argued that because Senate is a partisan body, they would feel more comfortable if a nonpartisan body or office were in charge of granting the exception.

“In terms of A.S., they [S.A.G.] are the most non-partisan,” Senator Uribe said at the Senate meeting.

The Office of the Student Advocate is the only executive position within A.S. that is nonpartisan, as anyone running for the position must run as an independent.

Aside from shifting the responsibility of reviewing an elected officer’s case to a nonpartisan body, the bill also aims to provide further clarification within the standing policy as it is.

During Wednesday night’s Senate meeting, Briseño commented on the ambiguity of A.S. legal code, noting that it is a “gray area” that causes friction amongst A.S. entities, such as when it comes to determining an elected official’s eligibility under certain circumstances.

This bill aims to combat legal code ambiguity problems by providing details to further clarify what factors will be included when reviewing an elected official’s eligibility.

The resolution notes that “External circumstances, such as to Financial Insecurity, Physical and Mental Health, and experiencing Racism, Queerphobia, Transphobia” will be considered when reviewing the eligibility of an elected officer.

Student Advocate General Grecia Martinez is the student sponsor on the resolution.

The bill originates from the Senate’s one-time exception granted to Salari during the Nov. 14 Senate meeting. When the Senate granted Salari the exception, they also included a stipulation to discuss living situations, like her’s, in the A.S. Internal Affairs Committee.

Judicial Council is currently hearing a case against Senator Salari regarding her living situation.

The resolution noted that instances regarding an elected officer’s living arrangements have been presented in prior senates, with “no action to restructure legal code.”

The resolution will reappear at next Wednesday’s senate meeting.

A version of this article appeared on page 1 of the Feb. 21, 2019 print edition of the Daily Nexus.