One of Los Angeles’s oldest neighborhoods, East L.A., has long been the cornerstone for Chicano punk rock music in the United States. Drawing influence from R&B and hip hop music, bands such as Los Illegals and The Plugz defined the 1970s with their innovative musical style and biting social commentary. These bands are fondly remembered as pioneers of the Chicano punk rock movement and for using their voices to represent Chicano identities.

This past month, the Multicultural Center on campus housed a photographic exhibit depicting several influential Chicano punk bands and artists. These photographs, which were included in a larger exhibition titled “Nuestras Américas: An Exploration of Expressive Cultures in Latina and Latino America,” focused on Chicano artists who were able to express their stories in a medium that compels others to listen in a nation where they fight to be recognized as true American citizens.

“I identify as a Chicana because I’ve always felt neither from here nor from there growing up. When I first saw the display, I thought it was really cool seeing all the artists in the movement and seeing them use their music as a way to express themselves and express how they see the world in a Chicano viewpoint. I want to look into their music because it just seems cool that they are people like me and I want to know what they experienced and what they had to go through,” Rivera said.

In the mid-to-late 1970s, Chicano youth from all across East L.A. came together and exploded onto the punk rock scene. These punk rock bands, known as punkeros, performed songs in which they expressed their anger and frustration with the injustice Chicanos and other marginalized groups faced (and continue to face) in this country. This decade gave rise to some of the most iconic bands in punk rock history whose lyrics and sounds persist to be a symbol of resistance to this day. 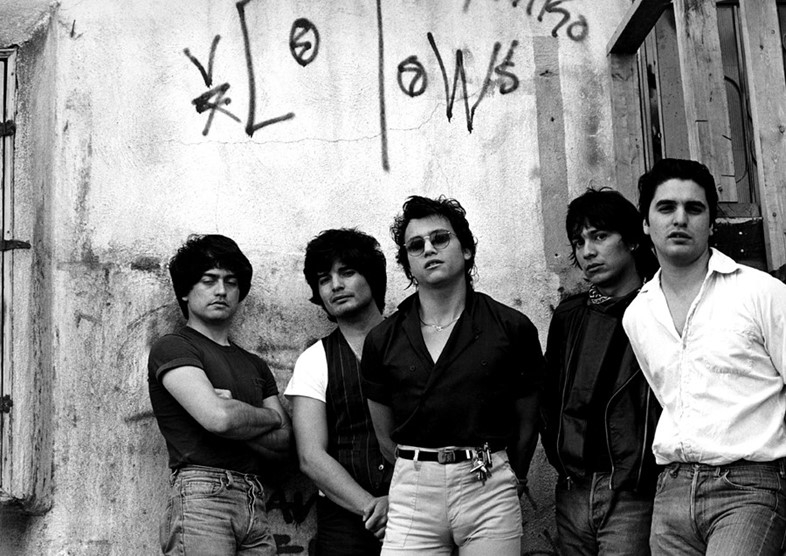 Arguably the most popular band from the movement, Los Illegals co-founded Club Vex in 1980. This local nightclub was located on the second floor of the original Self-Help Graphics & Art building and would soon transform into the heart and soul of the L.A. Chicano punk scene. In 1983, Los Illegals released their debut album Internal Exile, which featured songs that addressed poverty, gang violence and other hardships impacting Chicano communities. “El Lay,” the standout track from the album, describes the cultural identity crisis that many Mexican-Americans living in Los Angeles struggle with.

The Plugz, another prominent Chicano punk band, is considered by many to be among the first of its kind. Their debut album, Electrify Me, featured their take on the classic folk tune “La Bamba.” The track’s vigorous tempo reflected the harsh reality of growing up Chicano in Los Angeles, and the song was well-received by fans and critics alike. Although the band would split up seven years after its inception, their impact on other Chicano bands of the time is immeasurable. The Plugz were part of a punk scene which incorporated identity politics and solidified Chicano influence within the genre.

The cultural and musical contributions from these revolutionary punkeros and many more of their kind play a vital role in the history of East L.A. and the city as a whole. These punk rockers went on to inspire many generations of Chicano musicians to embrace all parts of their identity and use their voices to bring issues of racial and social injustice to the forefront of discussion. Not only were these bands pioneers of Chicano punk rock, but they were also profound vehicles of change.