If you have an iPhone, a MacBook, AirPods, an Apple Watch or more importantly all four of those — congratulations! You are part of the Apple Bandwagon.

Psychology Today defines the Bandwagon Effect as “a psychological phenomenon whereby people do something primarily because other people are doing it, regardless of their own beliefs, which they may ignore or override.” Apple products are the perfect example of this. According to Statsita, Apple’s sales have been steadily increasing since 2007, the biggest spikes being the releases of the iPhone 6, first smartwatch in 2015 and the iPhone X in 2017.

As the years went on, Apple products became more aesthetically pleasing. They all began to have that cleaner appearance that screamed “I have more money than you.” Why is it that when you walk into the library or University Center, you see AirPods in everyone’s ears or glowing Apple logos on the backs of laptops? It’s simple; it’s the same reason you see people showing off Gucci belts or Supreme shirts. Apple products are a status symbol.

Good luck telling an Apple fan that there are many cheaper alternatives that look just as good and work just as well, if not better. Personally, I have owned a variety of phones and laptops from iPhones and iPads to Android phones and Windows laptops, and quite frankly the Apple rabbit hole is a tempting one. But looking at the price tags for their most recent installment of phones and laptops compared to other flagship devices coming from companies like Google and Samsung, it’s kind of ridiculous.

Apple’s latest and greatest flagship device is the iPhone Xs Max. The “base” model comes out to a whopping $1100 which is only $200  away from the same price as their base model MacBook laptop which is $1300. These price points are in every way ridiculous when you look at their competitors. Google’s latest phone, the Google Pixel 3 — known for its astonishing picture quality (better than all other phones currently on the market) — has a base model that runs at $900 while Samsung’s Galaxy S9 runs at just $619. 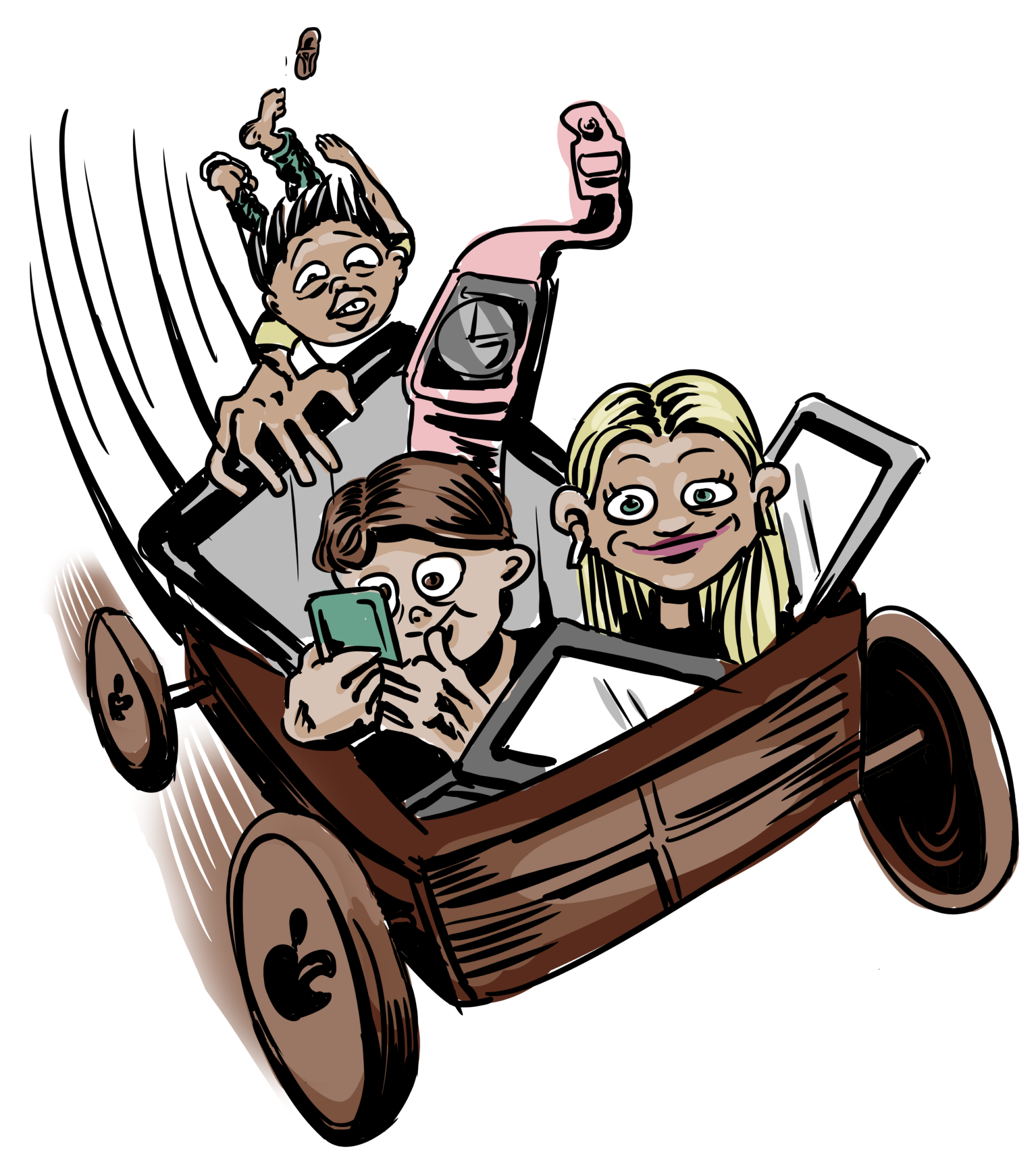 Is the Apple status symbol worth it? Will it fulfill your needs for the price you are paying? No. Apple does its best to cater to its biggest demographic, ages 18-30 by offering deals at crucial times of year. Last year Apple’s “back to school sale” offered free Beats headphones with the purchase of any MacBook or iPad Pro. For college students, you not only get to be like everyone else by purchasing this MacBook, but you also get to own the headphones that everyone recognizes as a sign of wealth for free.

What makes it worse is that the company you’re buying from doesn’t even have your back. When you talk to a tech representative because you need help with the technology that you bought from them, you trust them to fix your product. And if for whatever reason they tell you it can’t be fixed, you expect that they are telling the truth.

Apple Geniuses have been known to flat-out lie to customers to get more money out of them. It’s sickening. Once a friend of mine was telling me his MacBook’s screen was having issues and he asked me if I had any idea as to what it could be. I had told him I was not sure due to my unfamiliarity with laptop hardware. A few days later he took his MacBook to the Apple Store and they told him it would cost him around $1100 to fix.

They told him that he would not only need a whole new screen, but also a new graphics card because his old one was fried. They told him that he may as well buy a new laptop for that money. He told the employee he would think about it, and came to me with the analysis. After doing some research, he discovered that his MacBook didn’t even have an internal graphics card. After confronting the same Apple Store about this, they fixed it for a fraction of the price, but that is beside the point. They lied.

Is the Apple status symbol worth it? Will it fulfill your needs for the price you are paying? No.

A very similar story was told by CBC News, in which a customer went to an Apple Store wearing a hidden camera and caught Apple Employees lying directly to their face. With the issue with the MacBook in question, the laptop only had a bent pin and did not need $1200 in repairs.

Now maybe you’re reading all this and haven’t had any issues and your experiences with Apple and all their products have been great. Well, like all technology you’re bound to run into issues at some point.

Other companies like Samsung and Google make more of an effort to have your back. For example, Samsung has an affordable trade in program where you can send them your old phone for credit toward your new one. When I made the switch from my iPhone 6s they gave me $150 credit for it. Not only do they give you credit for Apple devices but also for LG, Samsung and Google devices. As long as the device powers on, they’ll take it, cracked screen or not.

Apple recently introduced a “trade-in” program but you may only trade in other Apple products. This program is also listed as “limited time.” Furthermore, the only reason this Apple Giveback Program was instituted was because the sales of the newest iPhones weren’t as high as they were previously expected. Tim Cook told his investors this was because people are holding on to their older iPhones longer. But it wasn’t too long ago Apple was caught deliberately slowing down people’s old iPhones to make them buy new ones.

So be smart; don’t give money to a company like this. They don’t care about you, they care about your money. The company treats you much like their logo infers: you aren’t given the full Apple; they make sure they get to take a bite and you get whatever they feel like giving you. Get off the bandwagon.

Cristian Loza thinks that Apple only cares about the money and not the customer.

This can be said for Samsung as well. They didn’t give you 150$ for your old iPhone because they care about you. They did it so that they would get your business, so that they can get more of your money in the future. Apple is at least honest and doesn’t pretend to care about you.

yeah but did you watch the video attached? The Apple store literally flat out lied to that guy??

Great article. I see the issue four-fold: quality of product, the human tendency to keep buying products they know intimately, and, the American consumer complex, and lastly, the trust in Apple service care/repair. It goes to reason that if there is a better product than an iPhone, then, it should chipping away at Apple sales. And although Sansung, for example, is a great smartphone and less costly, it hasn’t dented Apple’s IPhone popularity. Why? A) iPhones are gold standard; It’s hard to find anyone to argue against iPhones’s superiority. B) WE are creatures of habit. Thus, I don’t think it’s… Read more »