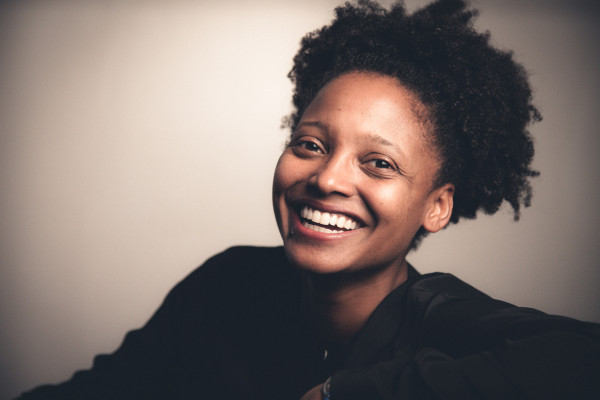 Courtesy of Lewis Center for the Arts

U.S. Poet Laureate, Tracy K. Smith, came all the way from New Jersey — where she lives and teaches at Princeton University — to give a talk at Campbell Hall on Jan. 31. She is the author of four poetry collections, including Duende, The Body’s Question, Pulitzer Prize-winning Life on Mars and her most recent Wade in the Water. Her memoir, Ordinary Light, was a finalist for the National Book Award. Smith’s style is full of imagery and excitement, never failing to include insight into how we live our lives and what brings us together.

The Library of Congress gave Smith the title of Poet Laureate in June of 2017. Her job in this position is to increase both the awareness and appreciation of poetry, something she has accomplished tremendously with her new podcast “The Slowdown.” Each week, she reads an influential poem, attempting to sway the American attitude away from thinking of poetry as some “elite art.” Smith said at a Q&A session held shortly before the event that poetry is not an elite art, but a way of “trying to be in communion with something else.”

Smith was never in a hurry to get published early on in her career. “Teachers discouraged us from being in a hurry,” Smith explained. “Lucy Brock Broida was one of my teachers, and she said ‘Do not — promise me you will not publish a book before you are 30. You will regret it.’” It was always important to Smith to do things at her own pace.

Smith read her poem “Cathedral Kitsch” from Life on Mars, inspired by a visit to a Brazilian cathedral in 2005. Smith was intrigued by her first line, “Does God love gold,” and immediately saw the potential for a poem. The rest of the poem took her four years to write.

Smith travels to rural communities throughout the U.S., communicating with fans and writers of poetry alike. She enjoys discovering the different ways that audiences respond to certain poems. She may read the same poem at a library, at a prison or at a retirement home. On sharing her poetry with America, Smith said, “It reveals the deep resourcefulness of listeners. Next time you have a dinner party, instead of having somebody Google everything that’s said, the facts, just print out one of your poems and talk about what you hear and feel.”

Smith attempts to bridge the gap between “an academic conversation” and the way poems “actually speak to us.” Her ultimate goal is to increase poetic literacy, sharing poems with those who are “out of the practice of reading poems.”

Poetry is becoming more and more essential to us all because it enables us to see into other lives and perspectives. “Poetry allows us to step into a space that is inhabited by another life,”she said.

It is important to use the “machine of poetry,” as Smith calls it, because “we live in a time where so much is pulling us away from that. Poems are amazing mechanisms to find out who you are … They teach us to look closely at small, easily-missable details and to be patient, and to allow something to be revealed, some revelation to emerge from that observation.”

Smith thinks of poems as time-travel vehicles because, as she states, they enable you “to stop the forward movement of time — what I like to think of as the tyranny of time — and to move backward toward something that perhaps happened and disappeared. Happened and was experienced to a certain degree, but not enough, not fully enough.”

As an advocate of poetry, Smith holds the key to future generations of young poets. As poet laureate of the U.S., she delivers the message that the appreciation of poetry is a great responsibility, one that is on the rise as we collectively face our truths.