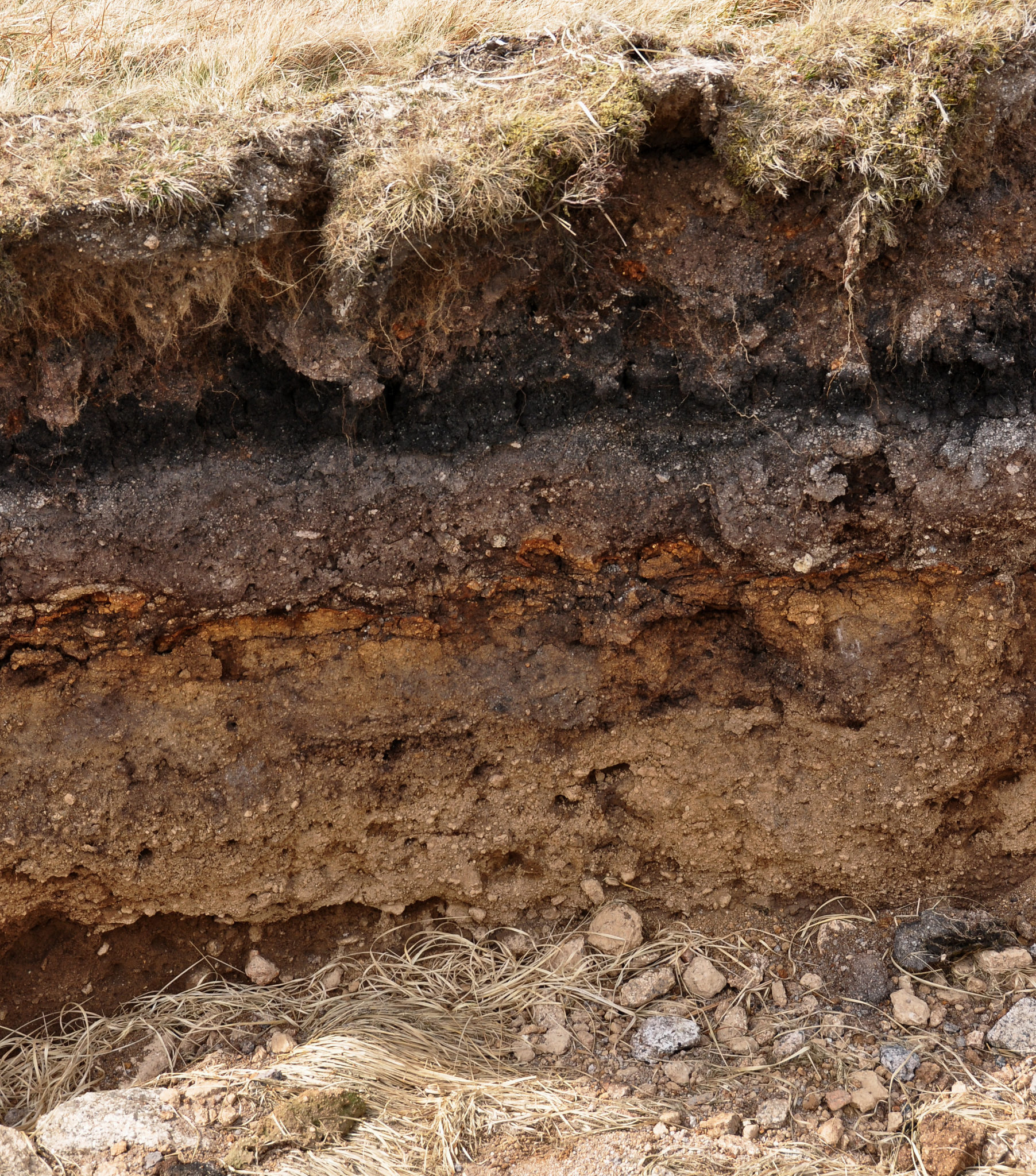 Carbon storage in soil depends on various factors including — and notably — climate. Changing climate conditions may affect the amount of soil minerals produced that can bond with carbon and store it in the ground. / Courtesy of Wikimedia Commons

In addition to growing plants and making mud pies, soil is good for storing carbon.

In fact, soil contains more than double the amount of carbon in the atmosphere. With potential to offset some global warming effects, the ability to store carbon in the ground is an important topic for scientists to consider.

Carbon retention in soil occurs due to minerals in soil and soil organic matter, such as organic carbon, containing reactive chemical groups that are able to react and bond with each other.

“One of the fundamental characteristics of soil as an entity on Earth’s surface is it’s material that is neither truly just inorganic or organic. It’s actually a chemical combination of the two,” Oliver Chadwick, a professor in UC Santa Barbara’s departments of Geography and Environmental Studies, said.

For more than 25 years, Chadwick has been using Hawaii as a natural laboratory. Containing lava samples ranging from freshly produced to as old as four million years old, Hawaiian soil produces a large amount of reactive minerals that can bond with organic matter.

Chadwick and his colleague, Marc Kramer of Washington State University, realized that the soils in Hawaii contained higher levels of carbon than are typically found in soils worldwide. This led them to wonder about the carbon-binding properties of soils in terrestrial landscapes outside of Hawaii.

“And that’s a really interesting question — what is the carrying capacity, or the absorption capacity, of a soil anywhere for carbon?” Chadwick said.

“What we found that was really interesting was that the absorption capacity for carbon really depends on climate to a very great extent,” Chadwick said. “In particular, it depends on the amount of mineral produced under different climate conditions that can then bond to the organic matter.”

“We find that the transition from dry soils to wet soils, and the storage associated with it, occurs over a relatively short distance in terms of water balance, which is rainfall minus evaporation,” Chadwick said. “A small change in water balance will affect a very large change in carbon absorption by carbon minerals.”

Looking from the standpoint of mitigation processes, Chadwick has explored ways to manipulate the soils to be able to store more carbon. However, he explains that soil storage of carbon “is not going to solve greenhouse warming problems.”

“There’s a fair amount of evidence suggesting that, in general, soil is storing about as much carbon as it can, given the climate conditions that the soil is in, unless it’s been manipulated by humans, like if it’s been bulldozed or it’s been farmed very heavily,” he said.

According to Chadwick, one of the main ways humans might be able to effectively increase carbon absorption in soils is to modify farming techniques. By planting deeper rooted plants, such as perennial grasses and trees, organic matter would be injected deeper into the soil. Adding depth would allow mineral production to occur without having the absorptive capacity of those minerals distilled by high levels of carbon.

With crucial factors like temperature and precipitation timing expected to change alongside global warming, carbon retention in soils may be highly sensitive to future changes in climate.

“Different parts of the world have very different soils, and the soils are going to be more or less sensitive to changes in climate and how those changes might affect carbon storage in the soil. It all comes back to what the minerals are like in the soil, which itself is partly determined by climate,” Chadwick said.