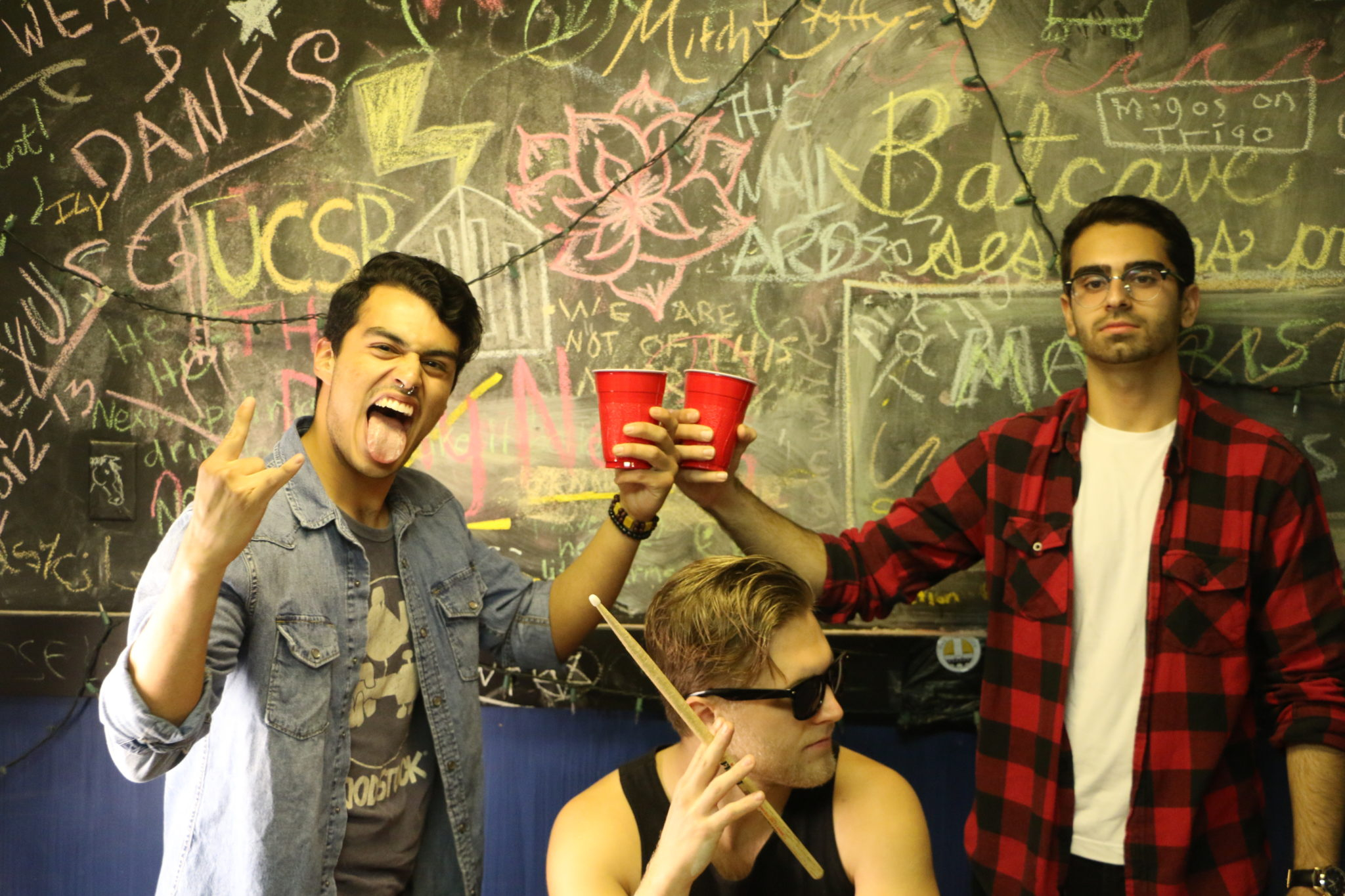 This Friday past, Isla Vista held its own unique celebration of winter, as our favorite metal musicians demonstrated to beach bums across the community what happens when “hell freezes over” in all the best ways. As the night grew cold and music began to blast, Noise Complaint set the bar once again for hardcore metal enthusiasts everywhere.

Noise Complaint is a three-piece metal band composed of Jake Morenc (lead vocalist and third-year mechanical engineering student), Radean Anvari (guitarist and pre-med second-year) and Matthew Hernandez (bassist and history fourth-year). Former Mallards drummer Morenc inspired the band’s fitting name after attracting over 100 noise complaints from the local community with his drum kit over the course of his freshman year.

“Living at the Mallards’, I would put my drum kit in a laundry cart and roll that shit up the elevator to the rooftop where I broke it down for the neighbors every other night,” Morenc said. “Starting out, I probably dealt with plus-100 interactions with the local police because of those inhibitions. Since then we’ve embraced and encouraged that vibe.”

Naturally, their set was loud as hell, and a few naysayers took issue with the noise. Some people just cannot appreciate good metal.

A number of Artsweek’s own have had the pleasure of witnessing the magic happen firsthand on more than one occasion, and the crowds speak for themselves. Free booze, heavy metal and boatloads of energy, in that particular order, is always enough to get even the lazy and lethargic on their feet. But Noise Complaint goes above and beyond the average band of mediocre musicians.

Did I mention the free booze? That’s right. Coors galore. Every head in the pit is justifiably banging to the hardcore beats of heavy metal as soon as Matthew Hernandez rips his first lick on bass.

What separates this crew from the rest is pure, white-hot dedication. Jake and his bandmates were setting up their stage, their equipment and the pit as early as 2 p.m. for their latest gig — around eight gut-wrenching hours before the show was set to begin.

“Our worst shows are other people’s best,” one member modestly said. But it’s true — the group clearly puts everything they have into creating the best possible experience for their crowds at every show.

“We seriously give it our all and the audience ends up genuinely loving it,” Anvari said.

The band jokingly compares themselves to Migos, whom we all know and love, and as far as raw talent and passion goes, that stretch isn’t far from the truth. A more accurate resemblance might be found between Noise Complaint and Linkin Park, whom the former often looks to for cover songs and inspiration. While these comparisons certainly help paint a legendary picture, Noise Complaint is uniquely their own, and they make sure you know it as they grind out every set list with a grit that belongs to the pros.

If you’re looking for a slow, easy night indoors, maybe this isn’t the scene for you. Then again, even notorious heavy metal haters who generally don’t connect with hardcore rock ‘n’ roll reportedly show up time and time again to get that metal buzz, feeding off the energy of the fans and the band.