The Daily Nexus
Music
A Word With Careless Cub on ‘Flophouse Palace’
February 7, 2019 at 5:06 pm by Kristina Valencia 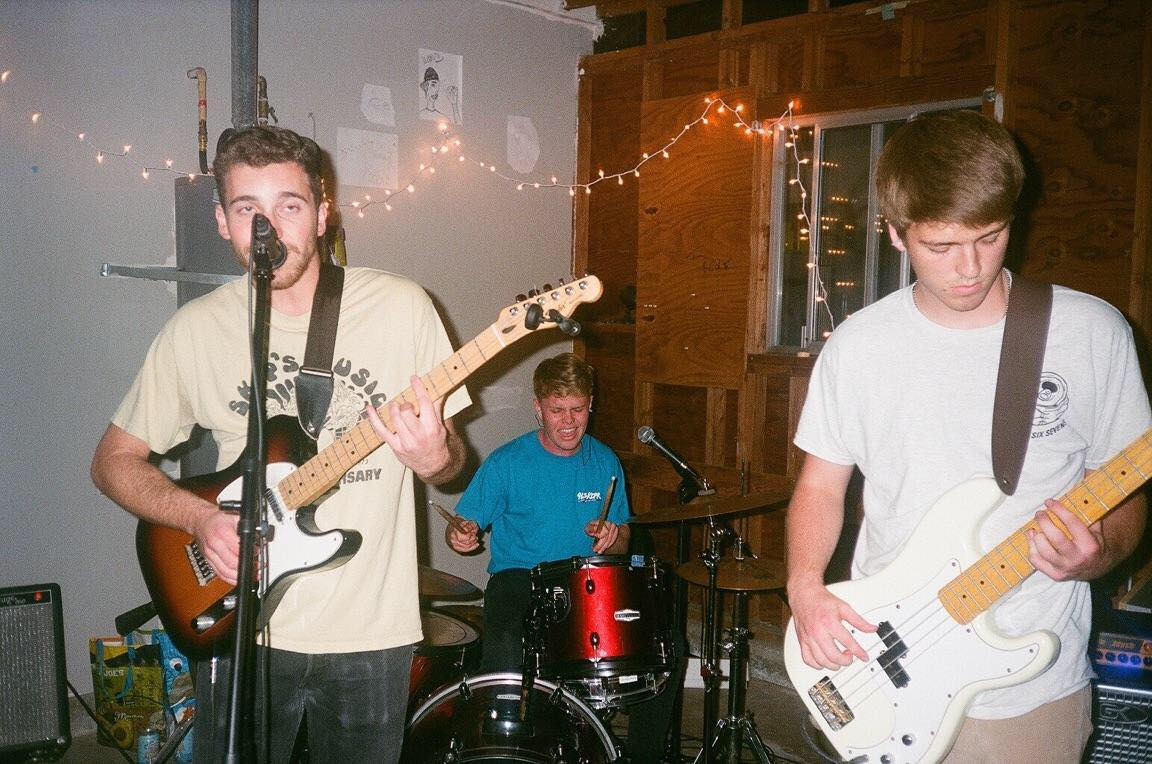 While I’ve seen and written about a number of Isla Vista’s local bands over the last couple years, I’ve found it’s difficult to attach myself to their music, as members frequently graduate and leave their bandmates behind. However, Careless Cub just released their first album, Flophouse Palace, thus solidifying their mark on the I.V. music scene in a succinct eight-song declaration of the trio’s talents. The three-piece includes Grant Chesin, a fourth-year English major on lead vocals and guitar, Andrew Becker, a fourth-year chemical engineering major on drums and backup vocals and, finally, Ray Muhlenkamp, a third-year computer science and German double major on bass (who also used to play in The Mallards!).

Self-described as “singer-songwriter surf rock,” Careless Cub and their new album have the distinct Isla Vista sound of melodic tunes mixed in with faster, upbeat rhythms and lyrics expressing contemplation of life, young love and growing up. To create this sound, the band describes having strong musical influences from Father John Misty, The Growlers, Courtney Barnett and The Eagles. However, the band acknowledges their changing sound as they try to figure out which genre they belong to through different styles of music. “I think it’s hard to say we’re a certain genre. It’s not like an egotistical thing; it’s more just like, here we’ll play a punk song, there an alt-rock song, a vibey surf rock song,” Chesin says, “We’re just finding our way through the music.”

The release of Flophouse Palace stands out not merely for its musical elements but also for the production and sound quality of the tracks. In an interview with the band, I inquired about the recording process and, to my surprise, another I.V. musician was the one to thank for the polished debut. “Alec Luttrell from Odd Army was the guy who mixed, tracked and mastered everything, and the reason it sounds so high-quality is completely because of him. He did an amazing job,” Muhlenkamp said.

Although most of the tracks have a mellow, house party vibe, “Hemingway Lemonade,” “Skipping Town” and “As a Kid” are the ones to look out for. In my brief talk with Careless Cub, they explained how “Hemingway Lemonade” has definitely been a fan favorite since the album’s release on Feb. 1 — and it’s clear as to why. Classic alt-rock guitar strumming starts the song, calling for listeners far and wide to join Careless Cub on their journey through college in the fun and daring environment that is Isla Vista. For the most part, “Hemingway Lemonade” is a relaxed, chill song that anyone with an ounce of rhythm in their bodies can sway and bob their heads to. 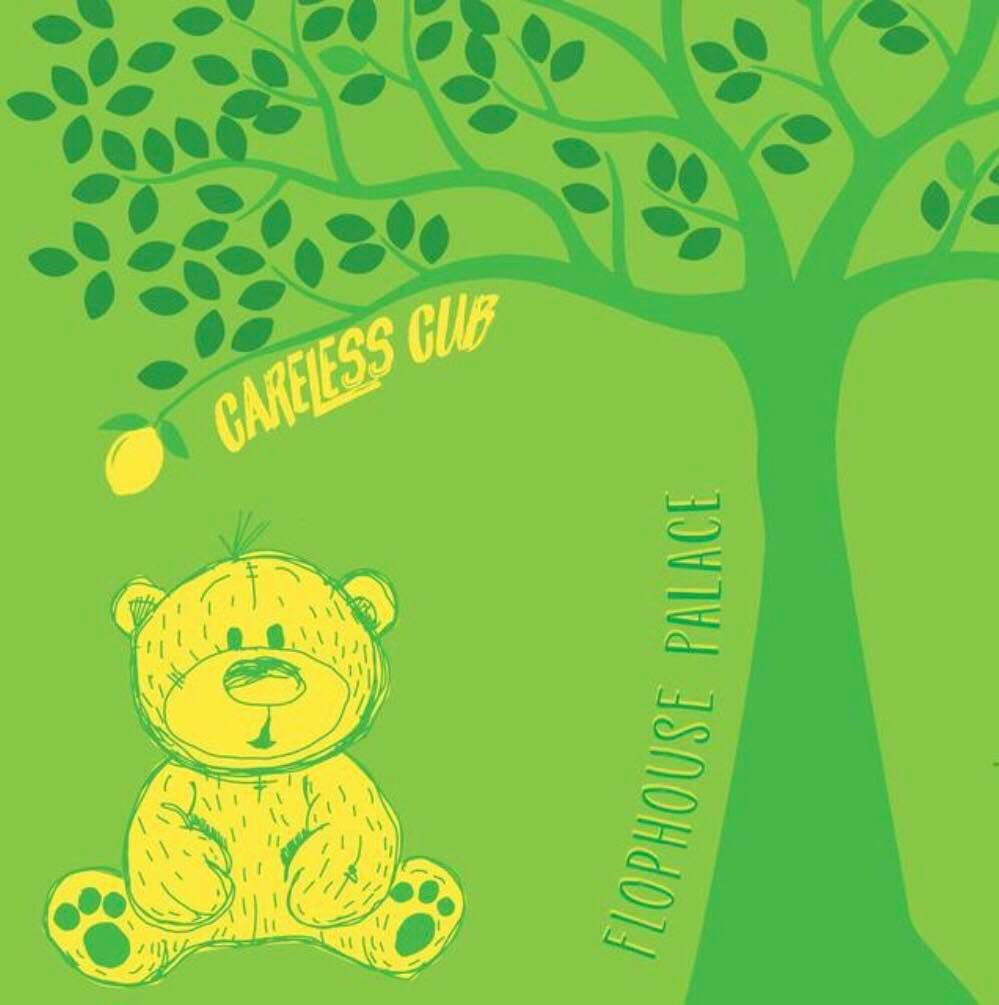 “Skipping Town” has a personal tone, as the first lyrics literally begin with advice from singer Chesin’s supposed therapist. This song then describes the kind of romantic insecurity that naturally comes with being in love at this young age and lays out a plan for the protagonist to skip town and start over in an emotional, alt-rock college ballad. “I’ll come up with a melody and lyrics and then I’ll play it to them [Becker and Muhlenkamp] and they’ll go ‘yay’ or ‘nay’ and then they start building their parts,” Chesin described the songwriting process. “I’d say especially ‘Family Tree’ and ‘Yikes a Daisies’ have almost become entirely their songs with how much they added.”

Chesin cited “Monterey Bay” and “I Can’t Believe You Fell in Love with Me” as his favorite songs, while Becker and Muhlenkamp both agreed on “Never Coming Home,” which they cheekily described as the one “that has the least amount of listens right now.”

In addition to asking about where the songwriting came from and what their favorite songs were, I had to know — what does Flophouse Palace actually mean? Well, according to front man Chesin: “The name ‘Flophouse Palace’ is from the book Cannery Row, and I thought it’s such a funny oxymoron.”

“‘Flophouse’ is defined as essentially people who stay there for a couple days and trash it, and that’s kind of Isla Vista,” he explained. “It’s like sometimes you feel ‘Oh my god, I’m in a dream land,’ to ‘This is the worst place.’ Also, I live at this place called the Palace, which isn’t a real palace, but it’s just kind of a play on that.”
Want more of Careless Cub? All their music, including Flophouse Palace, are available on Spotify, Apple Music and Google Play, with a few live performances uploaded on YouTube. In addition, Careless Cub is playing a live show at Rockfire Grill in Isla Vista on Monday, Feb. 11, with Taste Good, and another show on Friday, Feb. 15, with Aquastallion at 6692 Trigo Rd.

Loml the first sentence sounds like a subtweet for someone.