The Daily Nexus
Nexustentialism
It's satire, stupid.
Everybody on the Fourth Floor of Davidson Should Just Fuck Each Other Already
February 1, 2019 at 4:20 pm by Sam Penn 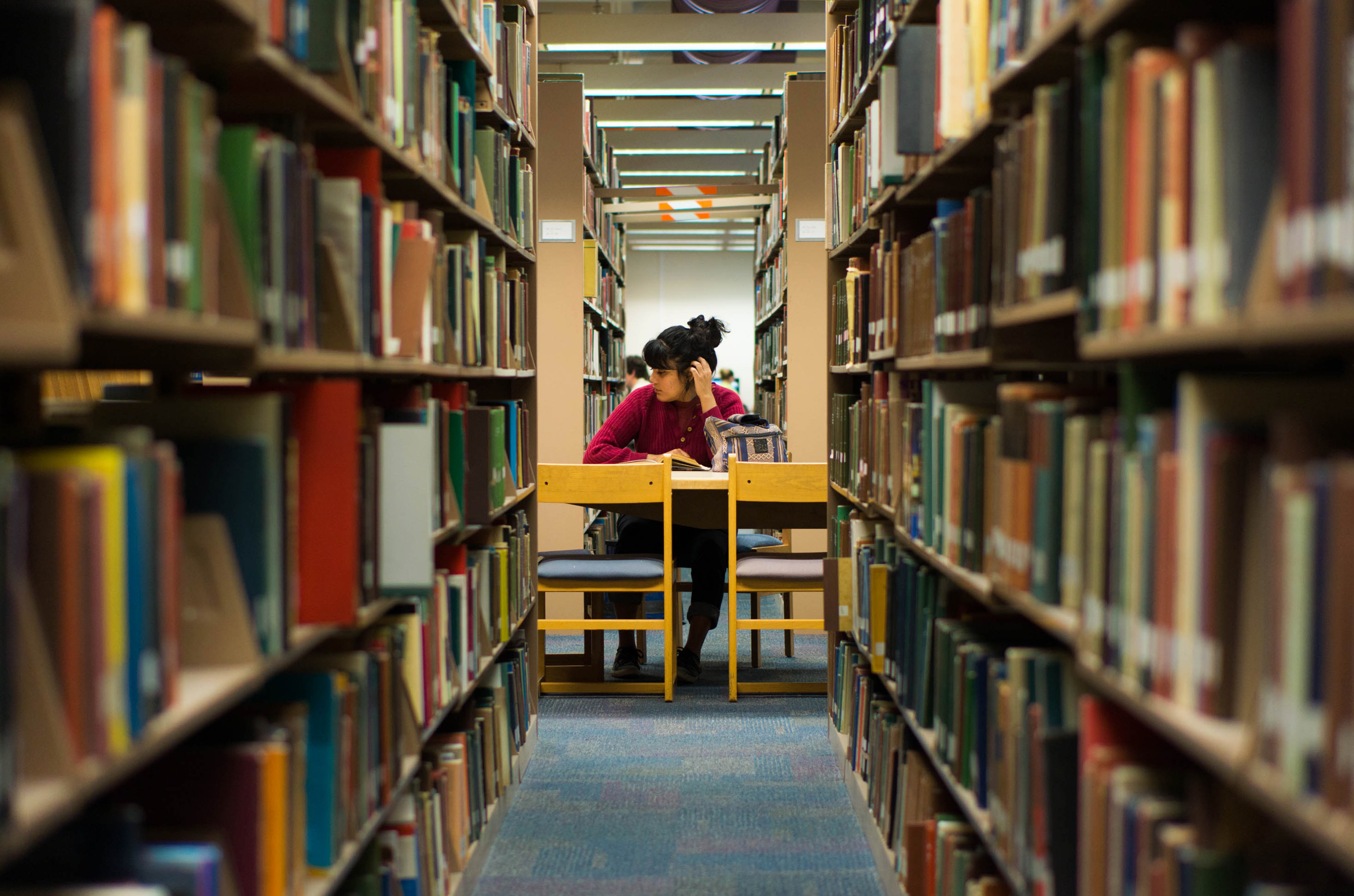 Everyone is aware of the diverse personalities that make up the eight floors of the slightly uncomfy Davidson Library: the all-inclusive first floor, the scholars of fifth, the antisocial sociopaths of eighth. Yet, there is a special kind of person who needs mentioning.

On infamous fourth, a well-groomed, meticulous people inhabit the massive square tables and badly cushioned chairs that have probably been farted in millions of times. The people of fourth are not scholars; they are a simple folk who look to simple pleasures — a cold Yerb, a sticker-decorated Hydro Flask, a charged set of AirPods. More than anything, though, the people of fourth all just wanna fuck each other so badly — and they probably should already.

Upon emerging onto fourth, one finds the oozing sexual energy to be as thick as the Sourin smoke that permeates the rows of library books that haven’t been opened in over one hundred years. The amorous beings of fourth love to dress like they don’t care in a way that says they very much actually do. If you don’t come in your quasi-best, a look best described as “sexy-lazy chic” or “frat boy dressed for Sunday” without a messy bun or clean brotherhood tee, then you should really get the hell out of there right now, you ugly loser.

On fourth, when a single person rises to stand, everyone stares at them with the intensity of a million suns, and one can’t help but wonder if they’re doing so because they want to fuck them, murder them, or both. A large part of time spent on the fourth floor is not spent studying; instead, the people of fourth would much rather make sultry eye contact with whomever, whenever, as much as humanly possible. People might as well say, “I will never ever speak to you or acknowledge you other than this kind of sexual look I’m giving you,” because truly that’s what’s going on. Furthermore, the eye contact can either be interpreted as, “Lets bang this very moment,” or, “I know your darkest secret and you should be ashamed, you pervert.”

No one is certain what this really means since no one from fourth floor has yet to push all laptops and open notebooks off the table in the heat of passion and really go to town (which we at Nexustentialism highly suggest they do) because the cumulative sexual tension makes us nervous.

Sam Penn is a third-year econ major who wouldn’t fuck anyone on the fourth floor and thinks they all need to know this and need to be humbled by it.

The fourth floor used to be the greek floor. wtffff