The Daily Nexus
Science & Tech
Recapping the 1st Annual Womxn/Hacks
January 31, 2019 at 9:47 am by Sunidhi Sridhar 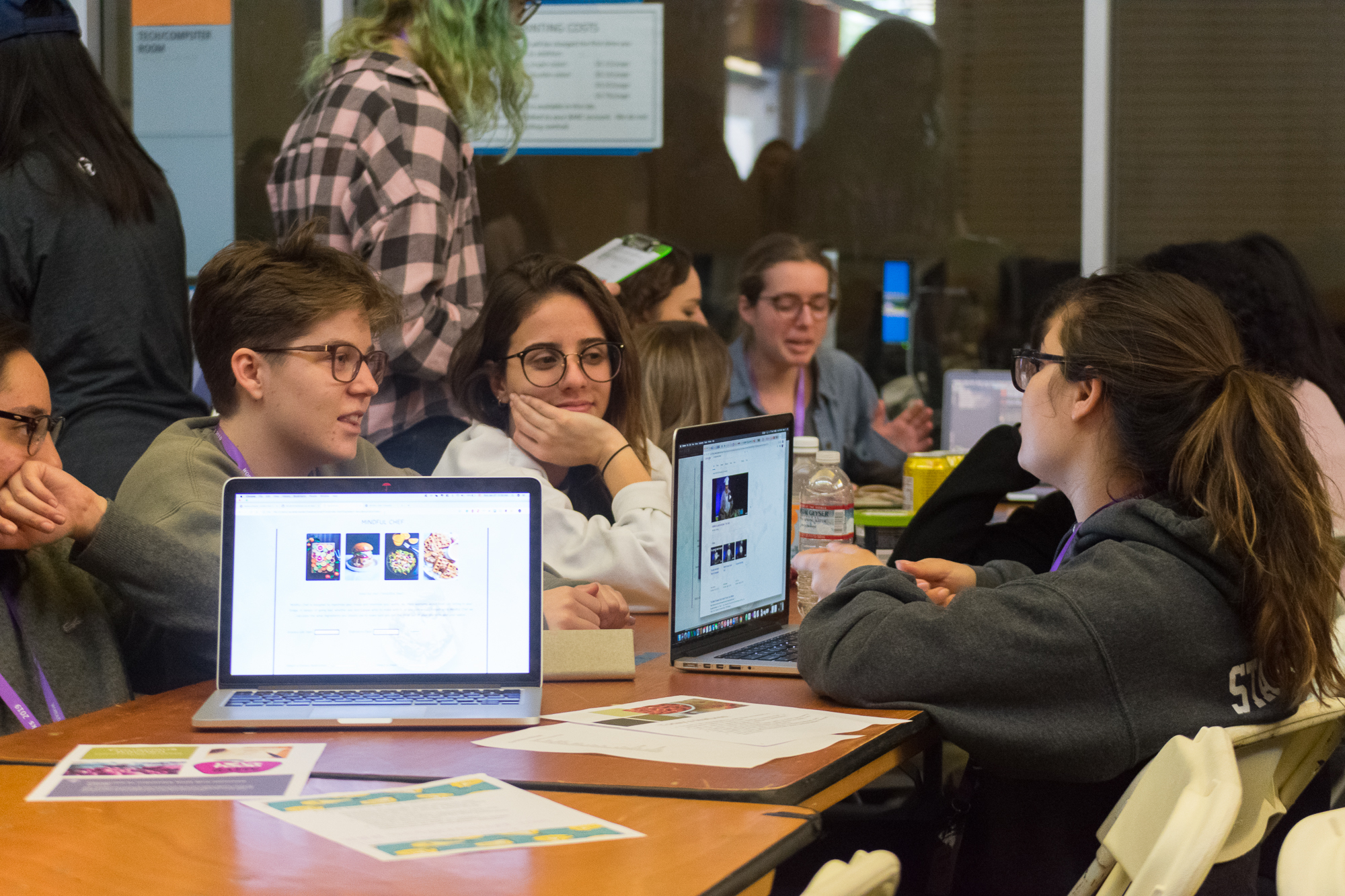 The American Association of University Women held their first annual Womxn/Hacks event from Jan. 25 – 27. The 36-hour-long hackathon event featured numerous workshops that highlighted different areas of computer science and coding and a competition in which teams created and presented projects. / Photo by Ida Kazerani

While the gender disparity in STEM fields has narrowed in recent years, men continue to dominate these highly lucrative and innovative fields. Women with degrees in science, math or engineering are vastly outnumbered in the tech industry, especially in careers that rely on computer coding.

According to a study conducted by the National Center for Education Statistics, women receive a mere 18 percent of computer science bachelor’s degrees in the United States. A number of top universities across the nation, however, are exerting a greater effort to close this gap — including UCSB.

This past weekend, the American Association of University Women (AAUW) at UCSB hosted their first annual Womxn/Hacks on campus. It welcomed all female-identifying undergraduate and graduate students to participate in a 36-hour-long competitive hackathon, regardless of prior knowledge or expertise in computer science. These programmers collaborated with one to three other partners to create and submit a project, and at the end of the event were to present their hard work in front of their peers and industry professionals.

Priscilla Siow, a first-year environmental studies major, and her team built an Android app that is centered on providing safety for women. Siow explained that her team’s goal was to create something that specifically targets safe spaces for LGBTQ and minority women as well as women in general.

Her teammate, Kara Suharitdumrong, further described how their app works. “There is one function that we put all throughout the app so that you can tap it and it will call a CSO for you. It can also work as a heat map, so based on what people rate certain areas, you can collect that data and project it. These red zones have more incidents where people may feel uncomfortable,” the third-year computer science major said. 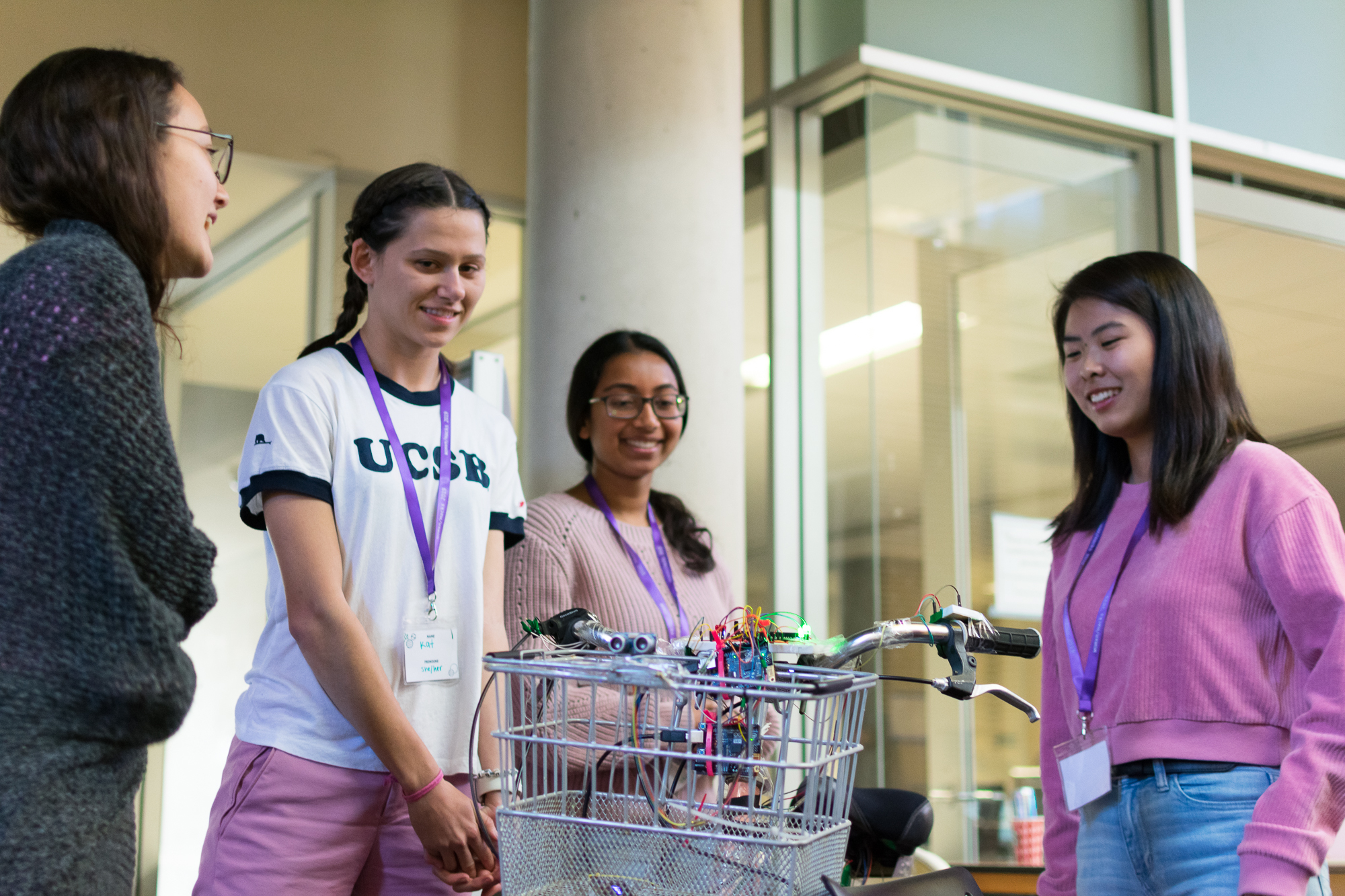 For several teams, this hackathon was a new experience and an introduction to competitive coding.

“Basically,” Sathish explained, “once you open the app, you’re in your happy place. You practice breathing exercises, which the app will help you do.”

When asked about the importance of women’s involvement in STEM and (especially) in coding, fourth-year anthropology major Haven Kato said, “I feel like we need to step out into the world a little more and show what we can do. They portray men as primarily in STEM and tech, but that doesn’t mean that women can’t do it. It’s important to show that we’re capable.”

Sathish added, “In a lot of computer science classes I’ve been in, the boys in the group would say, ‘Oh, we have to let the girl code now.’ If we have this kind of event where girls have an encouraging environment, it empowers us to do more.” 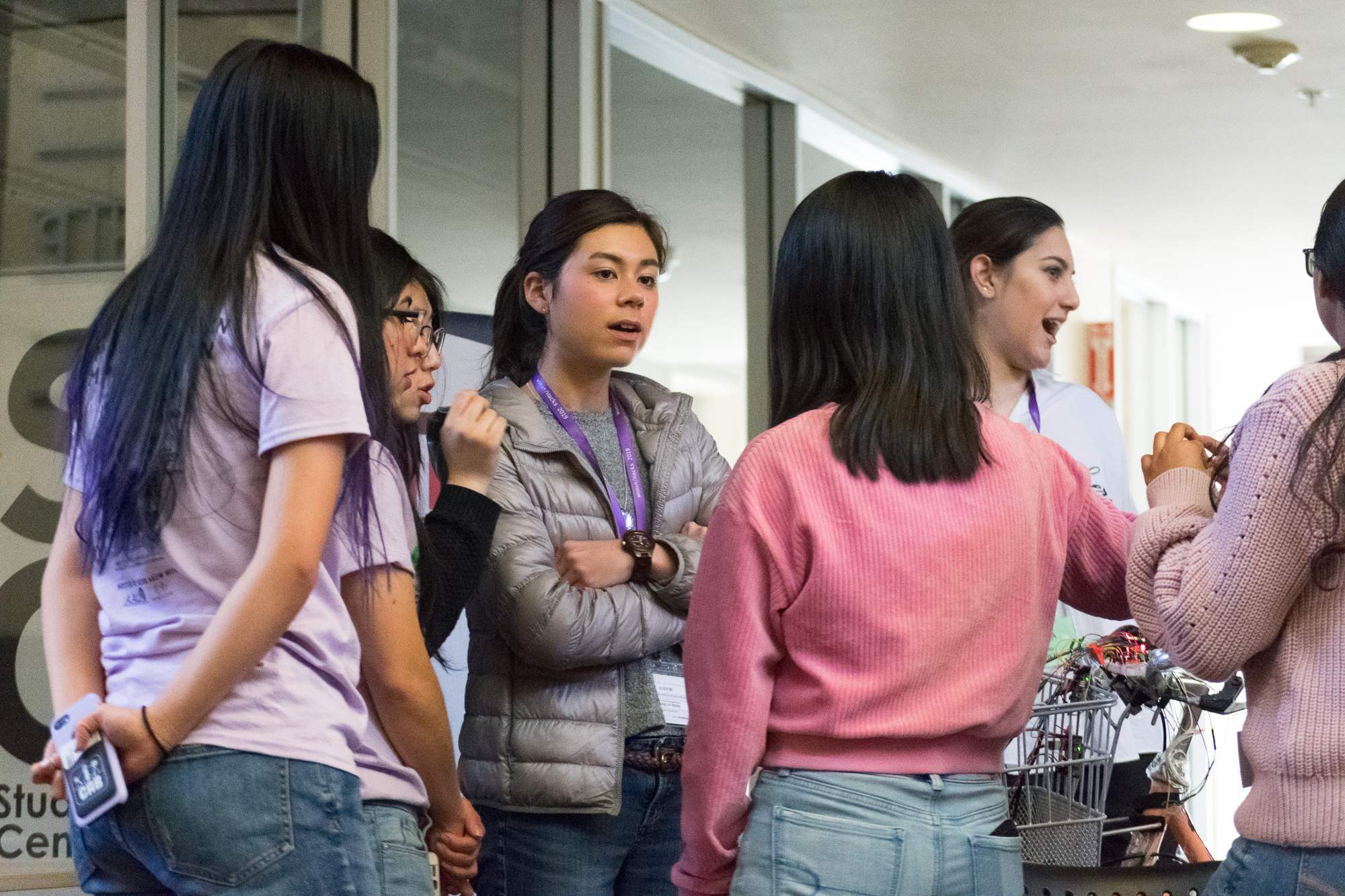 In addition to the collaborative hackathon, the weekend-long event offered several workshops to expose participants to the various aspects of computer science and coding.

For example, the Intro to Web Development workshop demonstrated how to launch a web app on Google Cloud Platform, and the Machine Learning Made Easy workshop used MATLAB, a programming software, to look into the basics of machine learning. For many participants with limited prior experience in coding, these workshops served as invaluable exposure.

Second-year sociology and Spanish double major Christine Nguyen said, “For [my team], it was really about the workshops. We started going to a lot of these because there are a lot of resources here that you wouldn’t get otherwise, especially hardware. They have a whole hardware lab here, which is really expensive.”

In any field, diverse perspectives are the backbone of innovation and progress, and the tech industry is no exception. Womxn/Hacks and other similar events go a long way in empowering and encouraging underrepresented minorities to share their ideas and discoveries. 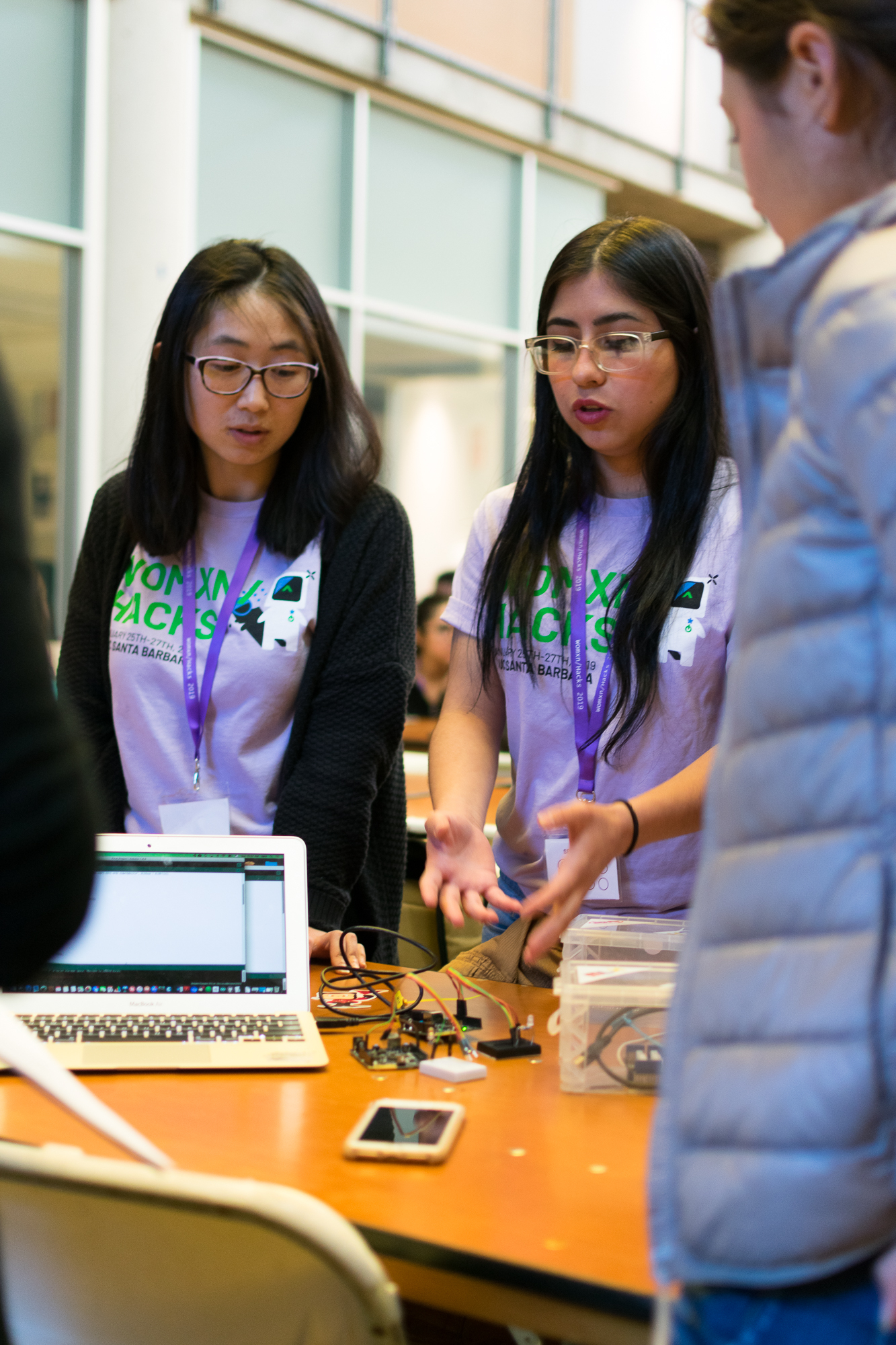 For several budding female computer scientists here at UCSB, this weekend helped to unlock their potential and to find exciting opportunities in coding.

Fourth-year linguistics major Faviola Ruiz-Zamudio said that she wanted to participate in a hackathon since she was a first-year but felt intimidated by the ones that were offered before. “I’m pretty excited that this event occurred because I didn’t know that this was the first one ever, just for women, at UCSB. This one was really inclusive, which I really liked.”

Her teammate, Nguyen, agreed, “It’s overwhelming — but in a good way. When I first signed up for this, I didn’t think it was going to be a huge event. It’s honestly been very surprising and rewarding just being here.”

“Sathish added, “In a lot of computer science classes I’ve been in, the boys in the group would say, ‘Oh, we have to let the girl code now.’”
Lol seems legit

“In any field, diverse perspectives are the backbone of innovation and progress”
Citation needed

“just for women, at UCSB. This one was really inclusive”
yes very inclusive