The Daily Nexus
Nexustentialism
It's satire, stupid.
Why Bus Rides Are My Favorite Part of UCSB Culture
January 24, 2019 at 4:20 am by Emma Demorest 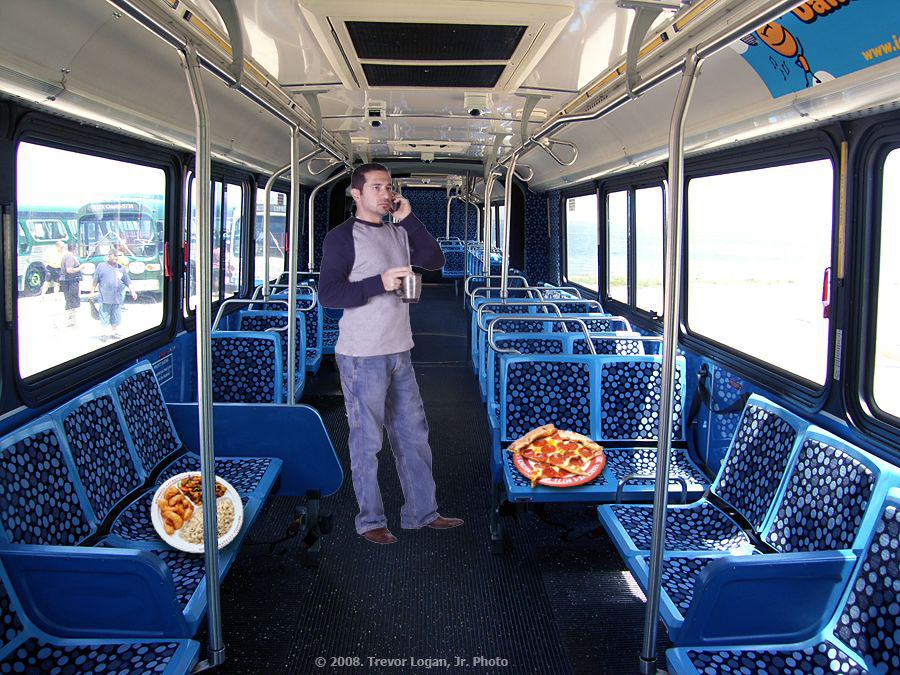 Sure, UCSB has a lot of great features — the beach, our revered chancellor, that oatmeal they sometimes serve at Portola — but my favorite thing is the bus. There is nothing I love more than standing with 30 other soundless, sullen, off-campus students while we wait for the 28 or what have you, once it comes pouncing on it like a Calpirg tabler on a airpodless victim.

There’s no high like the feeling of pushing past other Gauchos in what is a silent but competitive pursuit of actually getting on the bus. It’s better than any coke you’d find in any DP bathroom, that’s for sure. Sometimes if you’re really lucky, you get one of those standing-up spots, and the bus ride becomes a battle between bus and physical ability. I find that the wide, sudden turns really help keep my knees loose, and the speed bumps do wonders for my reflexes. Inevitably on the journey, one Gaucho can’t take the physical extremes and falls onto their brethren, after which a moment of silence is always held. I respect that the bus can pick out the weak like that.

The bus is also a great time to get out of your box and explore new sights and smells. For instance, the mix of open Panda Express and a loose plate of Woodstock’s pizza has actually made me more culinarily aware, and I deeply appreciate those thoughtful enough to take such knowingly pungent dishes onto the bus for all to smell.

Likewise, I have learned so much about my peers on my bus rides, which have really become more of a meditation for me. When people have loud, open phone calls in the confines of the silent bus, I feel honored that they chose to share such personal information with me. For instance, yesterday, a girl on the phone with her friend told the whole bus that she ate a chicken so spicy that she burped and threw up something purple. And I will never forget when a guy who got off at Camino Pescadero told his mom via Facetime that she should stop sending him the creams because he’d “pretty much fixed it already.”

Long story short, the bus is just as fun as I thought it would be, and honestly, I feel like a much more cognizant, reflective individual now that I’m it’s grateful passenger. There’s honestly nothing I would change about the bus, not its always-warm seats, the guy blasting “Humble” through his Beats or the bus driver yelling at the kid who’s holding up the line. Bus, baby, never change.

Emma Demorest is a second year writing and literature major who would ride her bike to school if it just wasn’t so hard.