The Daily Nexus
Science & Tech
Gut Feeling: Studying Interactions in the Microbiome
January 24, 2019 at 9:26 am by Jacqueline Wen 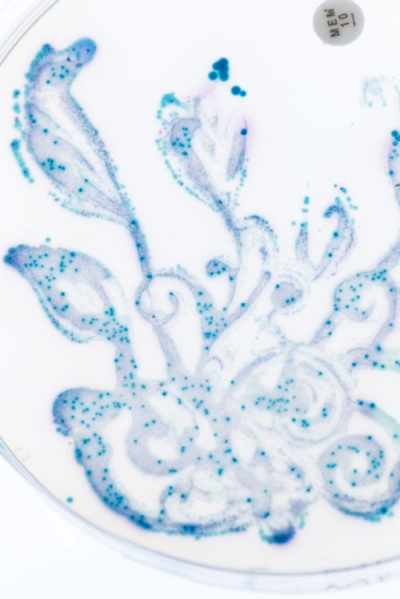 Some scientists compare the gut microbiome to a garden. This displays the diverse ecosystem containing various types of bacteria that might be found in a healthy gut. / Courtesy of Wikimedia Commons

The importance of our gut microbiome — influential in our metabolism, immune function and physiology — can’t be overstated. Simply put, the tens of trillions of bacteria and other microbes residing in our digestive system play a huge role in health and disease. Naturally then, identifying which microbes holds high interest in the scientific community.

“We’ve known for a while that bacteria influence host health — like if you’ve ever had food poisoning, you definitely know that something in your gut is making you feel bad. But I don’t think we’ve known really to what extent, like is it really just that one bacteria, whether it’s there or not?” Eric Jones, a graduate student researcher in the Department of Physics, said.

The study, published in the Proceedings of the National Academy of Sciences, aimed to track how the composition of the microbes influences fly physiology and behavior through measures including lifespan, maturity rate and fecundity.

After giving different combinations of bacteria to the flies, Jones and his colleagues measured how many eggs the flies laid. They recorded the number of eggs from flies that were given individual types of bacteria and those that had a combination of bacteria.

“With this, we were able to discern how much of it is from one of the bacteria or the other, versus how much of the number of eggs laid was due to the combinations, or the interactions, between those bacteria,” Jones said.

Using the fly as a model organism, the scientists found that the gut microbial composition influences a fly’s life history trade-off, the compromise between the number of produced offspring and its life expectancy.

“Somehow this combination of laying eggs times how long it lives is roughly constant. By giving a fly different types of bacteria, you shift it to get it to lay more eggs and live less long, versus lay fewer eggs and live longer. You can change that, where you are on that line, based on the type of bacteria you feed it,” Jones said.

This is also related to the flies’ fitness, meaning a species’ potential ability to carry on its genes. Regardless of the types of bacteria they fed the flies, fitness was also relatively constant. 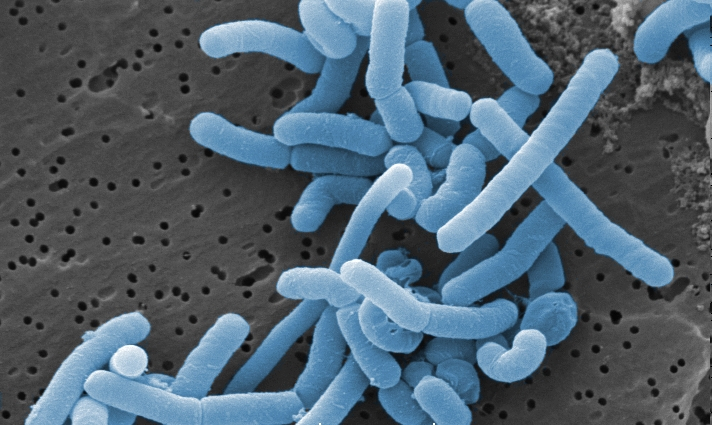 The researchers used five core gut bacteria species belonging to the Lactobacillus and Acetobacter genera in the common fruit fly to model and analyze the interactions of microbes in the gut. Studying the persistent gut microbiome in flies that may be similar to those in higher organisms may provide fundamental insight into more complex and diverse microbiomes. / Courtesy of Wikimedia Commons

The researchers attempted to capture the phenotypes by predicting how many eggs a fly would lay if it were given bacteria A and B based on knowing the number of eggs it laid for A and for B, each. Around 60 percent of the time, their expectations were correct. The times they were unable to predict the amount indicates that other interactions between bacteria were occurring.

“We found that just knowing whether the bacteria was going to be there or not gives you a decent amount of information, but there is something else there,” Jones said.

The presence or absence of a particular bacteria was significant, but there was a more complex, higher order interaction, depending on the context (the environment and the other bacteria present), that mattered more.

This could have implications for how scientists study the microbiome, as well as what to consider in a clinical setting. Perhaps instead of looking for one bacteria, the entire microbial composition as a whole should be appraised, Jones explained.