The Daily Nexus
Music
In Review: ‘Some Rap Songs’ by Earl Sweatshirt
January 23, 2019 at 2:32 pm by Konrad Neithercutt 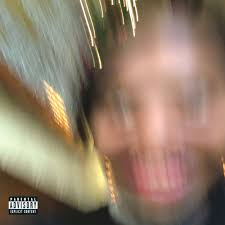 Some Rap Songs is as straightforward a project as its title suggests, but not in the way you would think. These aren’t the rap songs you’re used to hearing. They don’t flow the same way. They don’t announce themselves the same way. In the album’s introduction, the first thing you hear is James Baldwin saying,  “imprecise words.” While other rappers would like you to believe that they are masterful artists, that they have complete control over the English language and can say whatever they want to, however they want to, Earl Sweatshirt is upfront about not having found the right words.

And he’s upfront about a lot more. Lead single “Nowhere2go” spotlights his depression and sugarcoats nothing. It’s a lot to take in. The beat ripples and surges; a wooden snare taps in between and over the top of waves of grumbling bass and stretched-out samples. The beat washes over and absorbs Earl, and he isn’t rapping so much as he’s delivering thoughts: “I think … I spent most of my life depressed / Only thing on my mind was death / Didn’t know if my time was next.” “Nowhere2go” has the formlessness you wouldn’t expect from a single. There’s no hook, no catchy refrain, no face-slapping ear-candy. Earl explains to Zane Lowe on Beats 1, “I’m not a single-ass n****, and it’s the closest thing that I got to a damn single.” There’s nothing to grab onto. Instead, the song grabs onto you. It’s the single that isn’t a single. Just like Some Rap Songs is the title that isn’t a title.

And the album that isn’t an album? Earl goes on, “I’m just trying to complete thought for myself, because them being unfinished is like, I don’t know, it can beget anxiety for me […],” which makes me think of a line of his off “The Bends” that goes “It’s real when you seal up letters with wax” and how these songs can be thought of as letters, personal outpourings, therapeutic exercises — not necessarily meant to be sent or seen. What really matters is that the thoughts are finished and sealed — that his feelings are generally addressed rather than addressed to anyone in particular.

However, sometimes, someone in particular is graffitied in big block letters across the face of the building. Playing Possum comes toward the end of the track listing, and it comes as a conciliatory tribute to his own mother, a UCLA law professor, and father, a South African poet who passed away earlier this year. Earl samples both of them on the track, alternating his mother’s keynote speech with a reading of his father’s poem Anguish Longer Than Sorrow. As his mother thanks Earl and sends him “a thousand kisses,” his father reads, “For some children, words like home could not carry any possible meaning.”

Back in 2009, Earl’s mother sent him away for three years just as Odd Future was starting to make it big (see the “Free Earl” phenomenon) and, around this same time, his father walked out on both him and his mother. So, to say the least, Earl hasn’t always been happy with his parents. But he uses this opportunity to hear their side of it. His mother always loved him and wanted the best for him. His father concerned himself with the trauma of the world’s forgotten children and along the way forgot his own child. “To have a home is not a favor,” he reads. His anxious American child doesn’t want to harbor resentment. He wants to celebrate his parents. Earl wants to make peace.

At the end of the day, Earl Sweatshirt’s third studio album is rainy-day rap music. Its slurred and off-kilter beats loop well with the rhythm of raindrops. Mood replaces structure. Even raindrops would be just another element that seems to swallow Earl whole. Some Rap Songs is best listened to when rained-in, on the perfect days for word-parsing and meditation. This album is a stroll through the storm, all the way to the other side.