UC Santa Barbara’s 69th Associated Students Senate took a stand in favor of paying all of its non-honoraria earning employees a “living minimum wage” during its meeting Wednesday night. 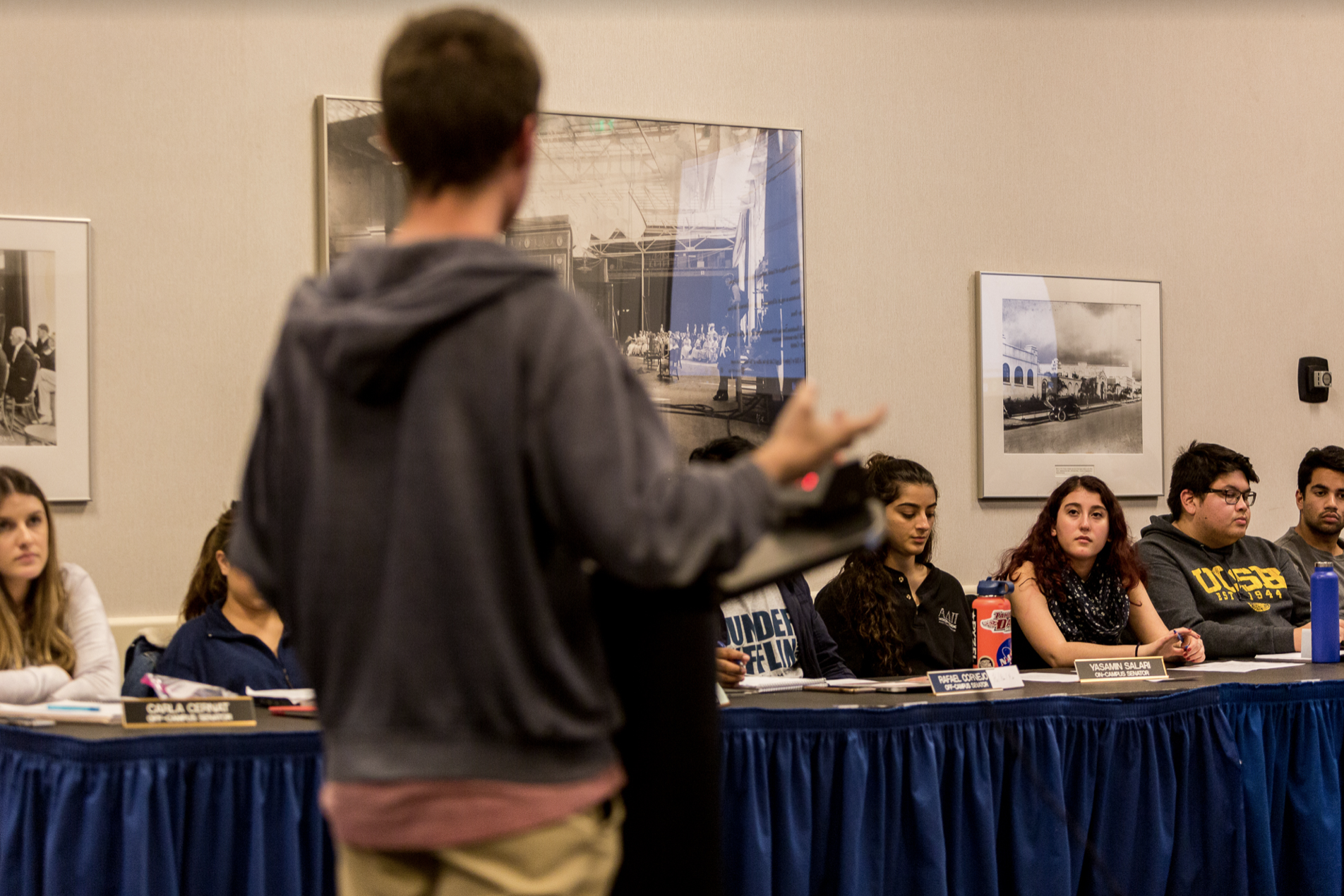 The resolution to do so, written by Off-Campus Senators Dallin Mello and Christian Ornelas, calls upon the University of California to implement a cost-of-living adjustment and increase the current minimum wage. It also directs UC Santa Barbara’s Associated Students (A.S.) to raise its workers’ pay to $15 an hour.

There are 322 students employed by A.S., and 33 career employees, according to Ornelas.

Mello and Ornelas noted in the resolution that the UC had implemented a policy in 2013 that raised the minimum wage for UC employees to $15 in 2013, but that it only applied to those who worked at least 20 hours a week.

“…at many UC campuses, students are prohibited from working more than 19 hours per week, thereby systematically preventing them from qualifying for a raise under this policy,” the resolution states.

The resolution demands that the $15 minimum wage be applied to all UC workers, regardless of the number of hours that they work.

The resolution mandates that yearly A.S. budgets from now onward should account for the increased wages and directs the UC Human Resources department to “perform an upward reclassification” of UCSB employees to ensure that their minimum salary meets the living minimum wage policy.

If the Human Resources department declines to do so or does not respond to the resolution within two weeks, the Senate will provide honoraria for A.S. UCSB employees to ensure their final pay amounts to at least $15 an hour.

Senate also plans to pass a resolution stating that “ASUCSB has no confidence with University of California’s ability to fairly treat ASUCSB employees” if Human Resources does not accommodate the requests.

Senators discussed where the funding would come from during Wednesday evening’s meeting, clarifying that student fees would not be raised in order to increase A.S. UCSB wages. Instead, funds within the current budget would be reallocated.

Though several senators argued that it would be unfair to prioritize A.S. UCSB workers with this raise when many students have other on-campus jobs or work in I.V., Ornelas referred to this motion as a “stepping stone” with the hope of setting the tone for other organizations.

“Instead of waiting for [the university] to do something… we should start and let them follow us with everything that we do,” On-Campus Senator Zion Solomon added.

Solomon was the only one to abstain from the vote, stating they strongly supported the resolution but could not vote due to a conflict of interest because they worked at the A.S. Ticket Office.

Correction: Ornelas clarified that there are 322 student employees working for Associated Students. The article previously said there were 282.

Do students really get to decide how much UC Workers are paid? You all realize that if this “living wage” is passed, that tuition and fees will increase to cover it, right? Of course then we’ll protest the tuition increases and the cycle repeats.

UC worker wages are funded through state taxes, not tuition.

So, the resolution “DEMANDS”. I always tune out when someone demands something. Spoiled little kids!

So once again, widowed grandmas on social security will see their buying power go down as their is no way in hell that social security payments are going up the same percentage. But, they are old so who cares about them, I need the newest iphone.