The Daily Nexus
News
Letters & Science Runner-Up Senator Sworn In During Wednesday Meeting
January 17, 2019 at 12:01 am by Sanya Kamidi

Gabriella Shofet, a fourth-year biopsychology major, was sworn in as the newest Letters & Science Senator on Wednesday evening after former Senator Joshua Takeuchi stepped down over winter break. 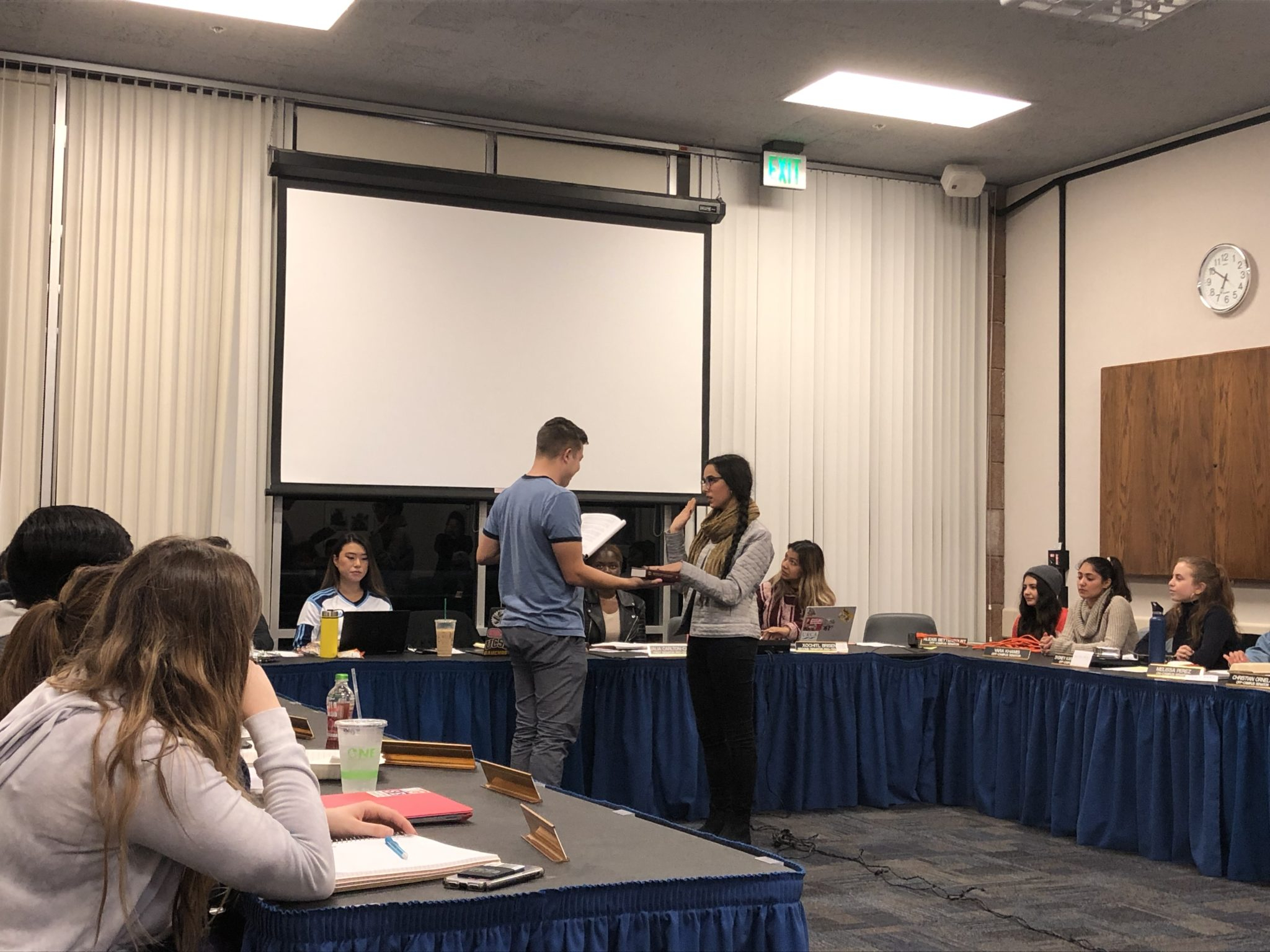 Takeuchi said in a statement to Internal Vice President Steven Ho that he decided to resign in order to dedicate more time to a business with which he is working.

“That being said, while I will no longer be serving on senate with you all, I will still be around to continue working on my senate project with Senator Funk and assist in any way,” Takeuchi said in his statement.

Shofet was the first runner-up for a Letters & Science senator position in the Spring Quarter 2018 Election, earning 12.94 percent of the first-choice votes for the position. Takeuchi came just above Shofet with 14.88 percent.

Shofet’s platform in the spring included:

Shofet also stressed her appreciation for education and her previous experience teaching English to children as well as her time in research labs studying brain sciences.

While Shofet said she was excited to serve on the Senate, she joked that Ho would have to teach her everything now.

Takeuchi is the second senator to resign this school year. Off-Campus Senator Mordi Shadpour stepped down at the beginning of the year following his transfer to the University of Southern California and Senator Dallin Mello took his place.

A version of the article appeared on p.4 of the Jan. 17 print edition of the Daily Nexus.