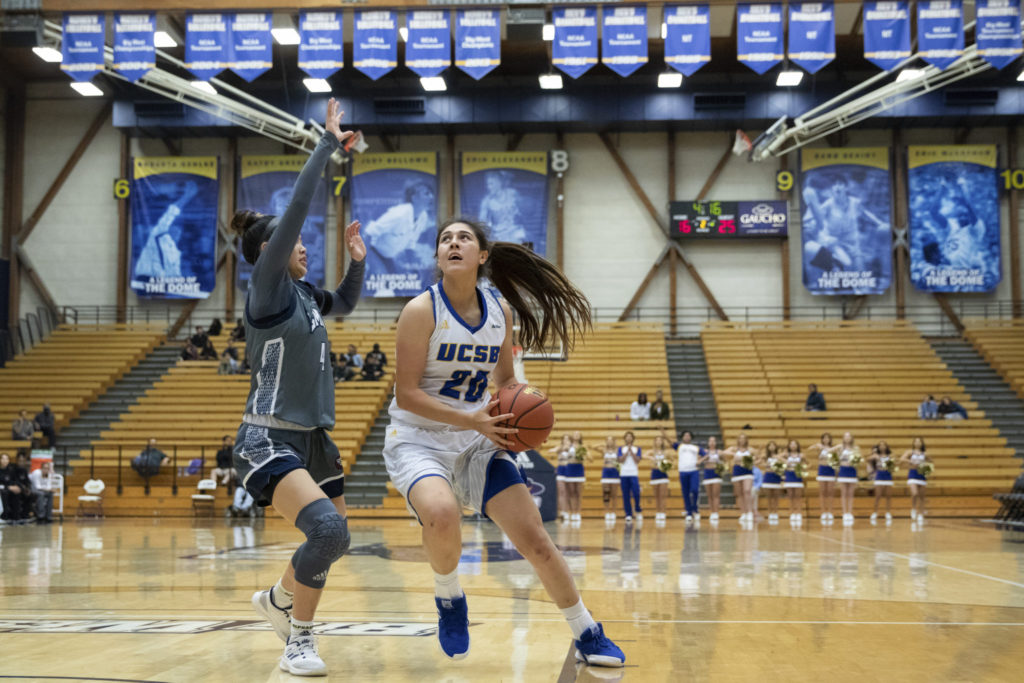 Riding a three game losing streak, the UCSB women’s basketball team will look to get back in the winning column as they host Long Beach State. Santa Barbara is currently 3-12 on the year, with a conference record of 0-2.

In their most recent matchup, the ‘Chos fell to rival Cal Poly by eight points, despite a spectacular effort from redshirt junior guard Coco Miller who scored a career high 33 points, which included six three pointers.

Miller has been on a streak lately as she has led the team in scoring while also providing veteran leadership to a young squad are still finding their way.

After sitting out last year, she has certainly made her presence felt by not only being a threat from the three point line but also by being a playmaker for her teammates as well.

With the story of the game being a game of runs for both squads, it was the Mustangs who were able to pull the game out as they were able to knock down clutch free throws to keep the Gauchos from completing their comeback attempt.

Although Long Beach State has faced similar struggles as UCSB with a 4-10 record on the season, they have started to find their rhythm as of late with three straight wins with their most recent win against UC Riverside where they won by 18 points.

They were able to get the victory through a balanced scoring attack where four of their players were in double figures with junior forward Cydnee Kinslow leading the way with 14 points, 12 of which came from behind the three point line.

Despite going on multiple five game losing streaks this season, Long Beach State has been able stay the course, which can be attributed to their recent success.

Kinslow and sophomore forward Naomi Hunt have been instrumental as far as leadership goes and will look to continue to keep their teammates on the right track.

With the 49ers playing their best ball of the season, it will make them a very difficult opponent for the Gauchos as they look to find their identity as a team.

In order for Santa Barbara to succeed against a red hot Long Beach State team, they must keep everything in front of them and prevent the 49ers from getting easy baskets in transition. It will be crucial for junior center Natalia Bruening to rebound the ball consistently and limit second chance opportunities for Long Beach State.

Moreover, a second scorer must emerge behind Miller in order to prevent opposing defenses from doubling her. There are many different players on the team that have the potential to fill this role, including Bruening, who can score easily in the paint, as well as sophomore guard Bri Anugwom, who is constantly in attack mode and can lead to getting to the line.

One of the strengths for Long Beach State is their ability for every player on the floor to be a threat from behind the three point line. Santa Barbara must play with consistent ball pressure that may lead to turnovers for the 49ers and fastbreak baskets for the ‘Chos.

Although it has been a difficult year thus far for Santa Barbara, there are many positives to take away, especially the team’s consistent effort. Head Coach Bonnie Henrickson has been able to bring the best out of her young team and will look to build on the habits being developed this season.

Santa Barbara will look to pick up their first conference win as they face Long Beach State at 4 p.m. this Saturday.