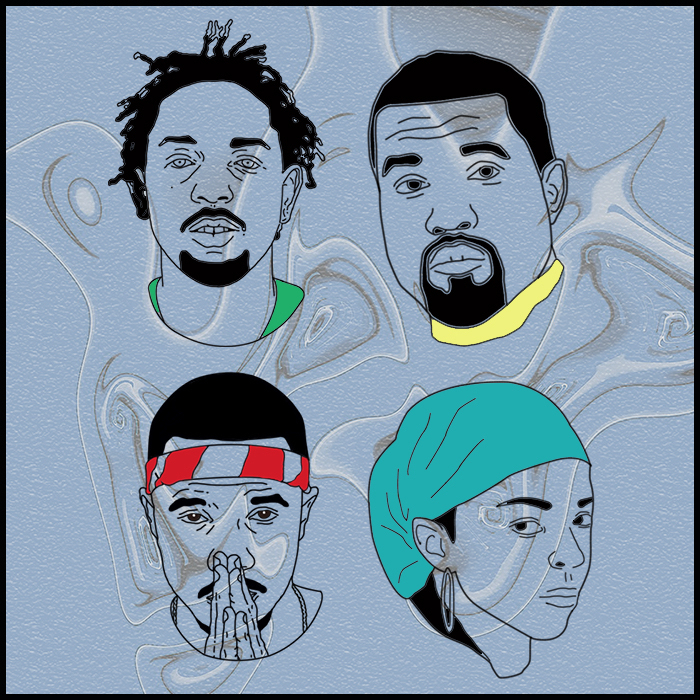 “Dissect” is what music nerds think they sound like when they talk about their favorite albums. This is how I’d describe Cole Cuchna’s serialized music podcast, which takes one album per season and, quite literally, dissects it track by track, lyric by lyric.

The show has four seasons so far: seasons one and two, respectively, are Kendrick Lamar’s To Pimp a Butterfly and Kanye West’s My Beautiful Dark Twisted Fantasy; season three dives into Frank Ocean’s early career and analysis of his second album Blonde; and season four, dubbed a mini-series, explores Ms. Lauryn Hill’s The Miseducation of Lauryn Hill upon its 20th anniversary. The common threads between these albums are obvious: modern classics by enigmatic black artists that are not commonly analyzed through an academic lens. It’s quite amazing listening to the way that Cuchna pays attention to detail with the heart of a fan and the ear of a scholar.

It’s clear that Cuchna is a hardworking guy — he created “Dissect” while working full-time as creative director for a coffee company in Sacramento. The show was initially a passion project — he wrote, recorded and edited the show with most of the free time he had, somehow maintaining his packed schedule for the first two seasons. Then, “Dissect” was picked up by Spotify, and Cuchna was able to turn it into his primary gig. This gave way to season three, the Frank Ocean season, which put “Dissect” on a much wider radar.

The show topped the New York Times’ top podcasts of 2018 list, sharing coveted space with true crime and talk shows. Before “Dissect,” I thought of podcasts as time for listening to news and murder mysteries — because music podcasts never got quite deep enough. “Dissect” is the show that I needed.

Cuchna has always had a deep interest in music. He recounts his love for the music of the mid-nineties that was popular during his adolescence; he remembers listening to Motown and the Beatles as a child in his parents’ home. Then, he started buying his own albums and “gravitated toward hip-hop, then rock music,” he told me. Similar to many young music fans, he consumed whatever he could — from jazz, to classical, to electronica. He went to Sacramento State and got a music composition degree, which cultivated an academic voice that largely influences the tone of “Dissect.”

Each episode takes a song and goes into technical details of phrasing, chord progressions and musical metaphor. That’s not to say that someone who isn’t well-versed in music theory couldn’t follow along — Cuchna’s patient voice can guide even the most musically inept listener to understanding why an artist chose to use a minor chord instead of a major seventh.

There’s a great deal of time and care that goes into crafting each season of “Dissect,” but most of all, there’s a lot of listening. “I will take a general look at the lyrics and play through the music on piano, just to see if there’s any connections there,” Cuchna says. He plays through the album on repeat while writing the content for each episode and listens to each song anywhere from 10 to 20 times. Then, “after that it’s just pointing out the most interesting musical features followed by a line-by-line analysis of the lyrics,” he explains.

White men analyzing black music is a huge part of modern-day music discourse — and there always seems to be room for one more voice to add to the chatter. But Cuchna comes from a place of love, a place of respect that could not possibly be faked. He admits that discomfort used to come up sometimes for him when considering his position in this dichotomy, but it has faded with time. “I’ve learned so much, particularly about the black experience, through examining these works,” he imparts. “I wouldn’t trade that for anything.”

There’s no sense of overstepping boundaries when listening Cuchna’s analysis of such deeply black works. Perhaps it’s a little awkward listening to him explain black slang to his audience, but that’s okay — it’s something that he is very good at.

The best episode of “Dissect” is a 40-minute feature from the Frank Ocean season, covering Blonde tracks “Skyline To” and “Self Control.” It’s a beautiful montage of Ocean’s possible inspirations — none are definitive, but Cuchna makes sure not to leave out any possibilities. He covers obscure 80s tracks and Robert Frost poems to chart what could have been Ocean’s thought process while writing Blonde and breaks down why these songs, “Self Control” in particular, are so moving. He plays each arpeggiating chord that makes up the soul of the song, breaking down the gorgeous melody that Ocean sings and why it makes us so damn emotional every single time.

“Music is a glimpse into that unknown, an impression of the enigmatic, the shadow of a figure just out of sight,” Cuchna concludes at the end of his analysis – fitting for music as ethereal as Ocean’s.

Talking about music for a living is a dream job, which is at least half the reason why I listen to “Dissect” — I become more educated and inspired, listening to someone talk about some of the most important albums of my generation. Cuchna is one of the best at it, giving much deserved credit to albums outside of the traditional scholarly conversations around music.

How does a person make a passion for music their full-time job? “Do it for yourself. Don’t worry about results at first,” he advises. “Just get to doing the damn thing.”