Police arrested 32-year-old transient Drew Wohlenhaus in Isla Vista on Friday for battery and attempted murder of a police officer. 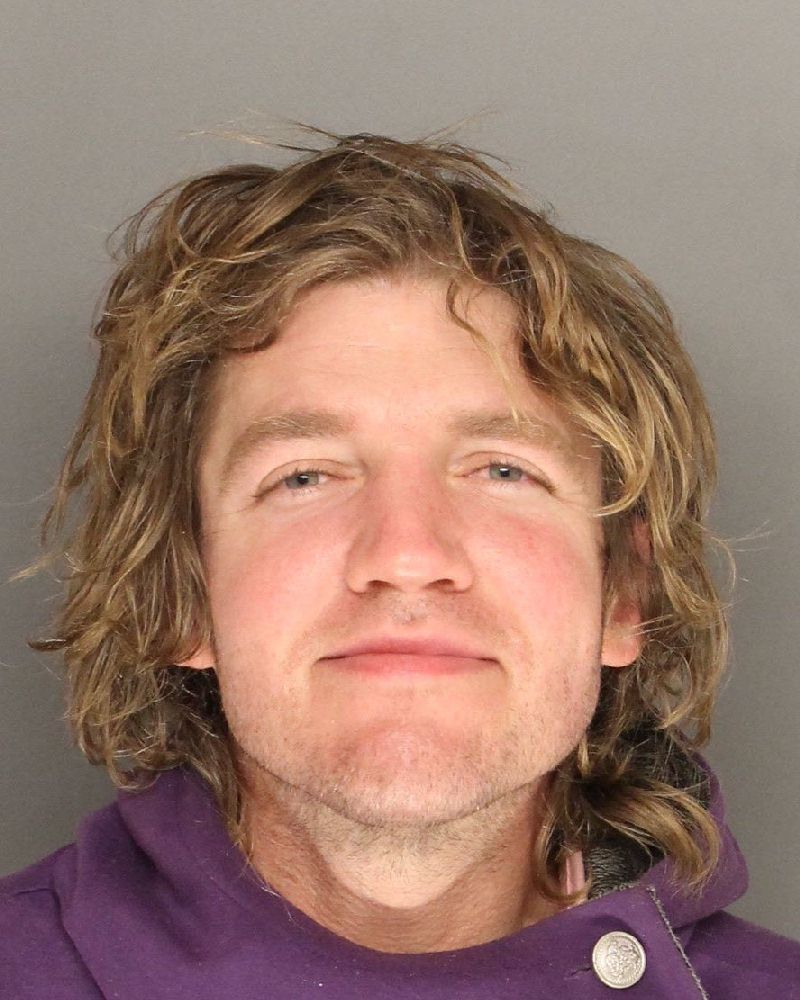 Wohlenhaus is being held on a $1 million bail. Courtesy of SBSO

Officers approached Wohlenhaus in Pelican Park on the 6500 block of Del Playa Drive about littering in the park. Wohlenhaus refused to identify himself so officers could give him a citation.

He then became “agitated,” according to a press release sent out by SBSO.

According to the release, Wohlenhaus refused to cooperate with officers and attempted to walk away. When deputies attempted to restrain him, he became combative and tackled one of the deputies.

In the ensuing struggle, Wohlenhaus bit one deputy on the shoulder, and kicked another in the face, Hoover said. He also “forcefully” attempted to remove a deputies gun from their holster. At this point, he was tasered.

While being arrested, Wohlenhaus claimed to spectators that deputies had been the ones to tackle him and admitted to the biting and reaching for the gun, according a Nexus reporter who was at the scene.

At the time of his arrest, Wohlenhaus called out to spectators that he had been making clothing when the police approached him, suggesting that his designs were the cause of his arrest, according to the Nexus reporter.

“When you start making really epic clothing, these guys may be actors, for all you know,” he said.

A mental health request has been made, Hoover said in the press release.

Wohlenhaus has been booked in the Santa Barbara County Jail and is being held on a $1 million bail.

The video of part of the incident can be viewed here.

Tamari Dzotsenidze is the managing editor at the Daily Nexus and can be reached at managing@dailynexus.com or news@dailynexus.com.

A ‘homeless person’ being that is also a ‘transient.’

Dude belongs in a hospital, not a jail.

true. I know this person. He really needs some help. Why are police restraining people over wanting to give them a littering citation???

This dude kind of looks like a long-haired Tucker Carlson.

Doesn’t look a thing like him, but thanks for pushing your agenda.

Oh we are just nice police officers telling people about emergency shelter. And then you know while we were at it thought we’d throw in a littering citation on people with literally no access to sanitation services. Make a few bucks for the man, you know. Then when this person obviously suffering from delusions tried to remove himself from the situation, they “restrained” aka tackled him. Then they charge him with battery and attempted murder for trying to escape? These police really need de-escalation training cuz that escalated quickly. I hope his lawyer is able to get him the mental… Read more »

trust me, he escalates situations on his own

Okay, first of all this is my brother and he has a very stained record. and also, transient is a very accurate term to use when describing drew. hospitals dont work, we’ve tried many times. and this isn’t even the first time hes assaulted someone without even being provoked. i don’t like to admit it but restraints may be the best place for him

“Litter” ie making a complete mess so others can’t enjoy the park.