The Daily Nexus
News
Congressman Carbajal Requests Own Pay Be Withheld During Government Shutdown
January 13, 2019 at 4:09 pm by Simren Verma

Congressman Salud Carbajal requested the Chief Administrative Office of the House to withhold his pay until the government shutdown is over, according to a press release sent out on Jan. 11. 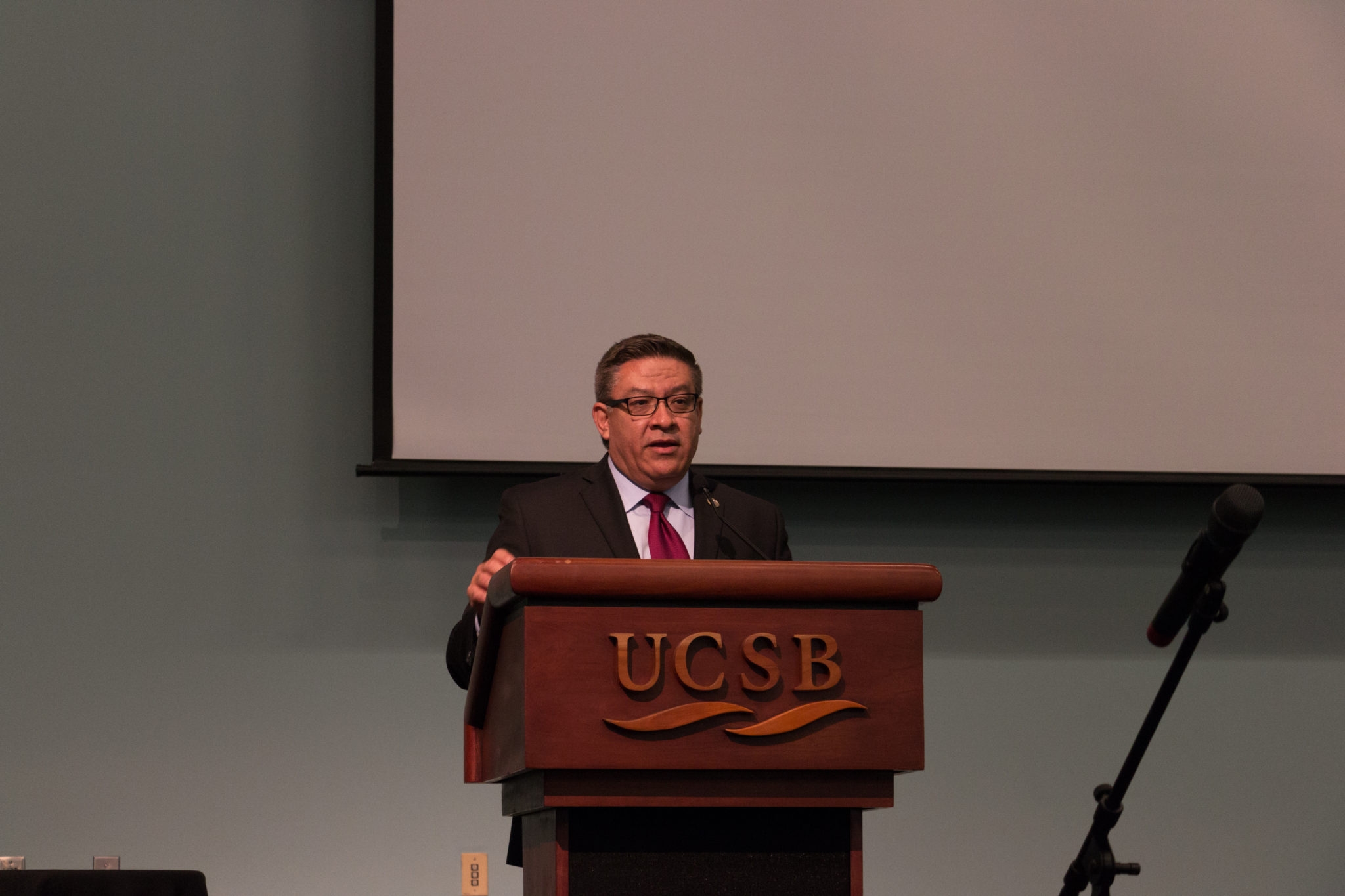 Carbajal will be donating his salary for the duration of the shutdown to the Direct Relief Mudslide Fund and the Adsum Education Foundation, according to Carbajal’s website. Anthony Lai / Daily Nexus

“I’m standing in solidarity with federal workers on the Central Coast and across the country who are struggling to pay their bills this month and whose families are hurting due to this irresponsible shutdown,” Carbajal said in the press release.

“If they’re not getting paid, neither am I.”

The government has now been shut down for 23 days, the longest government shutdown in United States history. Federal workers missed their first paycheck on Friday, according to NBC news.

During last year’s government shutdown, Carbajal donated his salary to the Direct Relief Mudslide Fund and the Adsum Education Foundation, according to Carbajal’s website.

The fund contributes to recovery efforts for the Thomas Fire and subsequent flooding in Montecito, and the foundation provides scholarships to DACA recipients in the Central Coast.

“The President is recklessly holding paychecks for our public servants hostage over his ineffective wall, even as attempted border crossings have decreased 80% since 2000,” Carbajal added.

“Leader McConnell and President Trump have the power to reopen this government today. I urge them to use that power immediately and put people over political agendas.”

About 800,000 federal workers are impacted by the government shutdown, and 37,000 Californian workers are either furloughed or required to work without pay, according to Carbajal’s letter to the Chief Administrative Officer.

“TSA agents are quitting, food inspections have been put on hold, our national parks are being damaged, and federal wildland firefighters are delaying trainings and prescribed burns,” the press release said.

The bill has yet to pass through the House of Representatives and the Senate.

Simren Verma is the university news editor at the Daily Nexus and can be reached at simren@dailynexus.com or news@dailynexus.com.

Wrong foundation to donate to…

Shows you how stupid Santa Barbarans are for voting a clown like this into office.