The Daily Nexus
Student Gov
Senate Takes a Step Toward Transparency With Public Facebook Accounts Resolution
January 12, 2019 at 12:24 am by Aaron Berkness 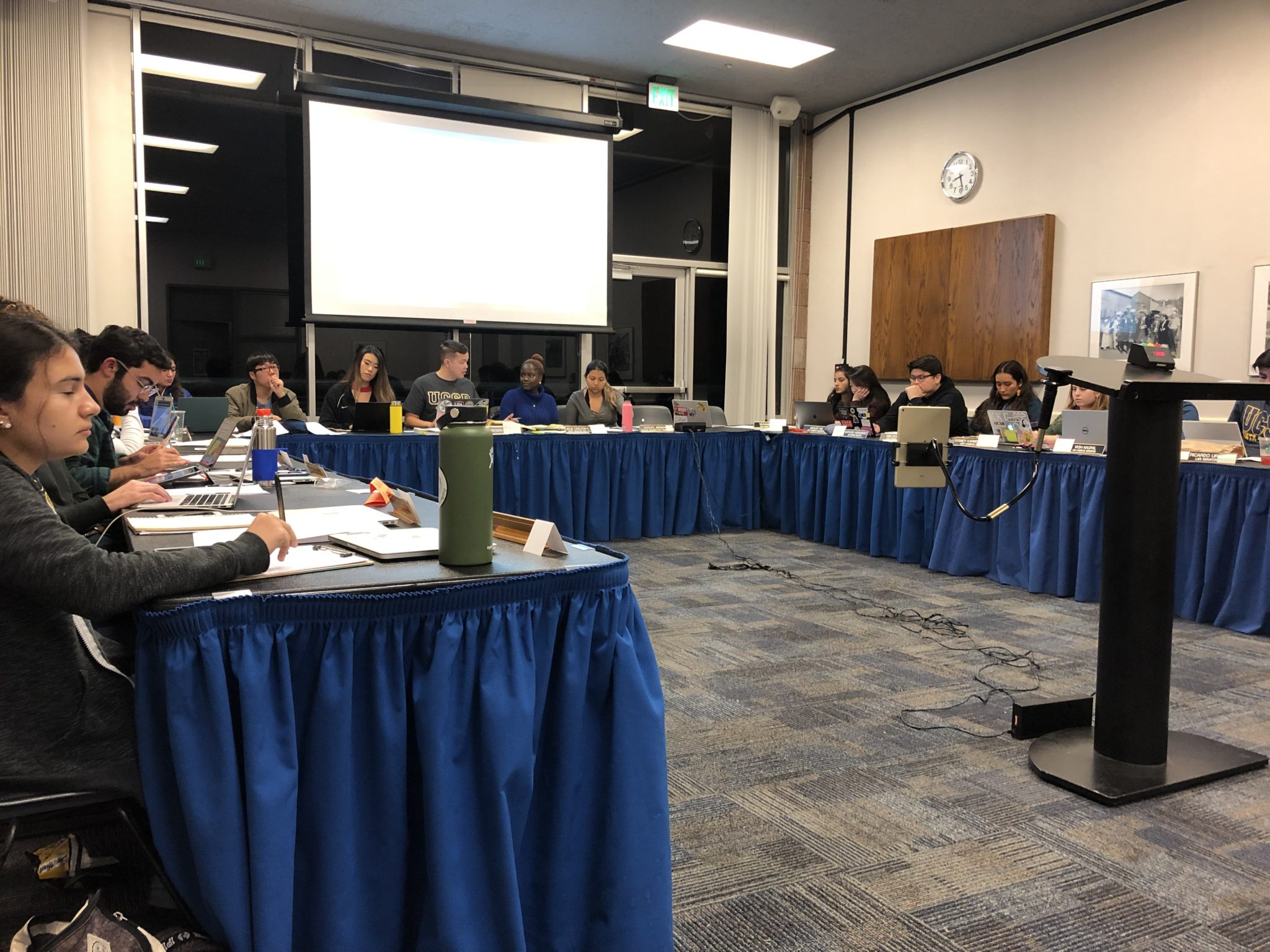 The resolution was written by Off-Campus Senators Christian Ornelas and Rafael Cornejo.

The purpose of these Facebook accounts is to help increase senators’ accountability and transparency, the resolution states.

“When we give updates, a lot of them will be on our personal social media accounts, which [may] not always be public or as accessible as we would like it to be,” Ornelas said during Wednesday night’s meeting.

Senators are required to “continuously update these pages with their current office hours, project updates, and any other relevant information.”

During the meeting, Ornelas said an added benefit of Facebook is that it allows users to visit a page without needing to have an account for themselves.

“As long as they’re able to see that content then that’s super beneficial,” he said.

There will also be a university announcement sent out to the student body to make them aware of the newly created Facebook accounts.

These accounts must be created by the end of Week 2 of Winter Quarter 2019 and will be linked on the Associated Students (A.S.) Senate website by the end of the third week for both winter and spring quarters.

Ornelas is responsible for making these updates to the website.

The resolution also says senators should be making a larger effort to expand beyond their personal accounts to provide this information for the student body.

Ornelas said he drew inspiration for the resolution from UC Berkeley and added that UCSB senator’s accounts would be modeled after those of Berkeley’s senators.

The requirement of public Facebook pages will be later written into legal code with the senate’s approval, the resolution states.

Aaron Berkness is a reporter at the Daily Nexus and can be reached at news@dailynexus.com.