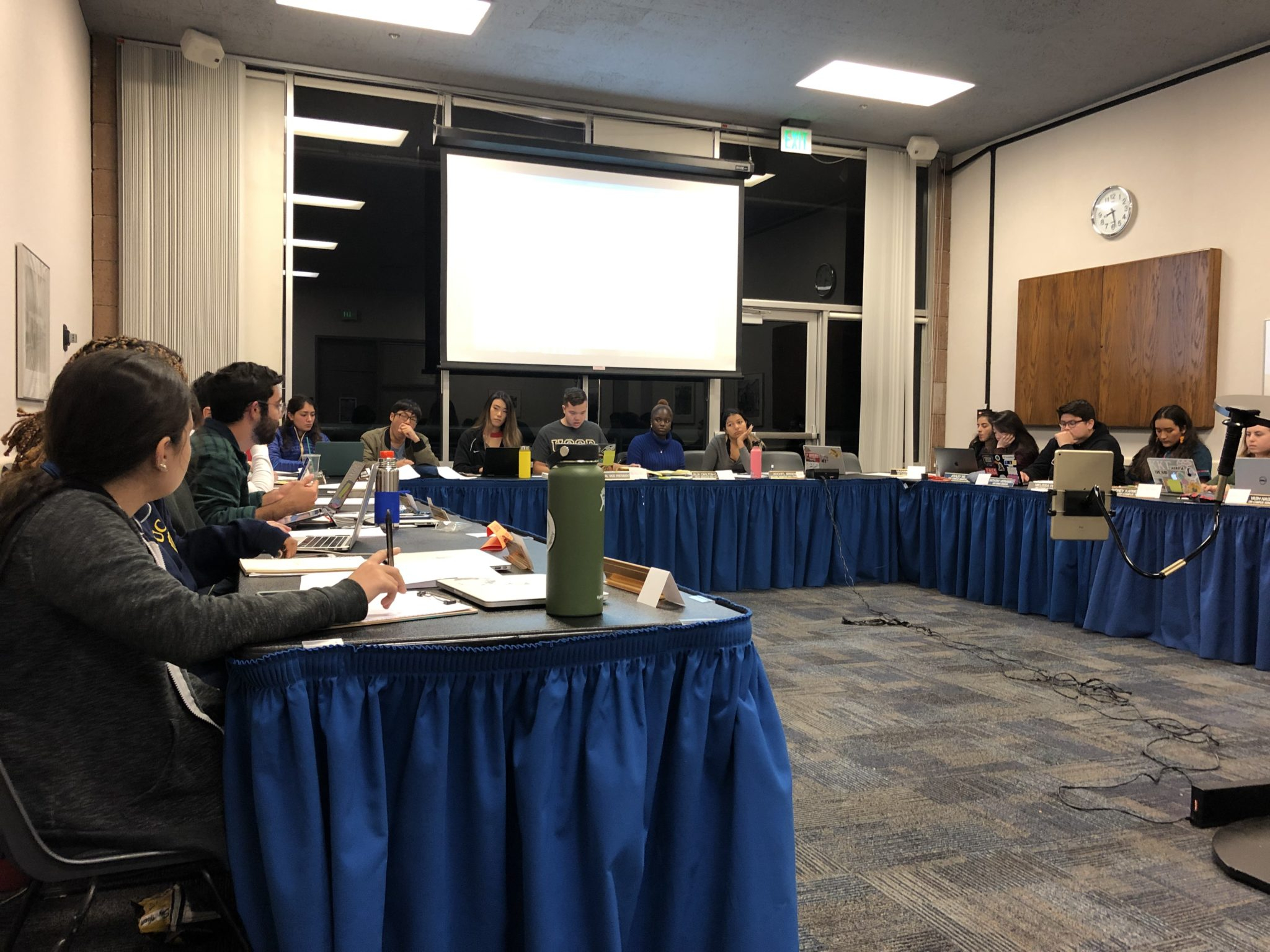 The resolution, authored by senators Christian Ornelas and Dallin Mello, establishes a committee made up of Ornelas and five other off-campus senators, who would be the only voting members. Ornelas is the chair and will only vote in tie-breaking instances.

Associated Students (A.S.) Executive Director Marisela Marquez and representatives from the office of the External Vice President of Local Affairs, the Isla Vista Tenants Union and the Environmental Affairs Board will serve as non-voting ex-officio members.

“Every year that I’ve lived in I.V., my house has had mold in the bathroom,” Ornelas said at the meeting Wednesday evening. “That really comes down to lack of proper ventilation, and then when you have multiple people using these same facilities, it’s just always going to be like wet and damp in there paired with just the climate that we have here.”

“It just creates the perfect conditions for mold to grow in new spaces and it’s really toxic and can be damaging to health.”

The committee is tasked with developing a survey to distribute in I.V., publishing the survey results and bringing back its recommendations for how to address the mold problem to the Senate.

“…students living in Isla Vista often have multiple housemates and roommates requiring them to all use common facilities,” the resolution writes.

“having multiple people share these facilities throughout the day, without proper ventilation can create a warm, damp, and humid environment which perpetuates mold growth.”

Ornelas also said at the meeting Wednesday evening that he spoke with A.S. Legal Resource Center Attorney Ron Perry over the summer about how students could address mold. He learned that laws about mold were vague because of the range of molds that exist and their varying levels of harm to residents.

The resolution also notes that “some Isla Vista landlords have begun adding mold clauses to their leases which relinquish responsibility for dealing with mold entirely up to tenants.”

The committee plans to report back to Senate on a weekly basis and by the end of Winter Quarter, make a decision on the future on the committee.

A version of the article appeared on p.4 of the Jan. 10 print edition of the Daily Nexus.

Please quarantine all articles about AS no one wants to see this garbage so often.

How about AS begins by taking a good hard look at the serious mold problems in UCSB’s Francisco Torres towers, Santa Ynez, and, above all, “new” married student housing.

Don’t forget the mold at the ICON Gardens.

I would like more information about mold at ICON Gardens. I understand that Ike’s Place (a tenant at ICON Gardens) is suing for mold at his sandwich shop. What other info might you have?