The vote, conducted over email, passed with 9 yeses, 3 nos and 1 abstention, with only half of the 24 senators having voted. Internal Vice President Steven Ho sent out the results on Monday. 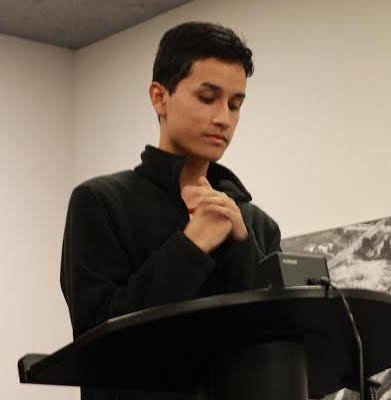 The Senate previously voted to indefinitely table the petition after the fall quarter special election failed to meet the 16 percent voting threshold, when only 10.53 percent of the student body voted.

It is unclear whether or not Elections Board will release an updated schedule for the special election, given that interested candidates were to “declare their candidacy the Friday before winter quarter starts.”

Elections Board Chair John Paul Renteria did not respond to multiple requests for comment.

The board initially planned on a 10 percent voter threshold, which Renteria previously said to the Senate he believed was achievable.

The board also included a clause in the petition stating that if the threshold is not met by the original deadline, the election will be extended to Feb. 10.

The deadline for the fall quarter special election was extended three times in an attempt to meet the threshold before the seat was left vacant.

Madeline Loudon, the EVPSA runner-up in the Spring 2018 election, was the only candidate running in the fall quarter special election. Elections Board previously said that they believed that the 16 percent threshold was partially unachievable because it was a single-candidate, single-position race.

Sanya Kamidi and Evelyn Spence can be reached at news@dailynexus.com.

if only CU learned how to take the L and didn’t go out of their way to remove the EVPSA we elected, the entire student body wouldn’t be getting fucked over.. student fees going to waste, no representation at state level lobbying, their personal interests screwed over the students’ voice

to be fair, Mayela did try to run with CU before she turned to that liberal party and it makes sense that CU + Mayela would have been a better fit for each other since they are both equally terrible