The Daily Nexus
Nexustentialism
It's satire, stupid.
“Tampons Shouldn’t Be Free,” Cry People Who Don’t Menstruate
January 7, 2019 at 4:20 am by Hannah Jackson 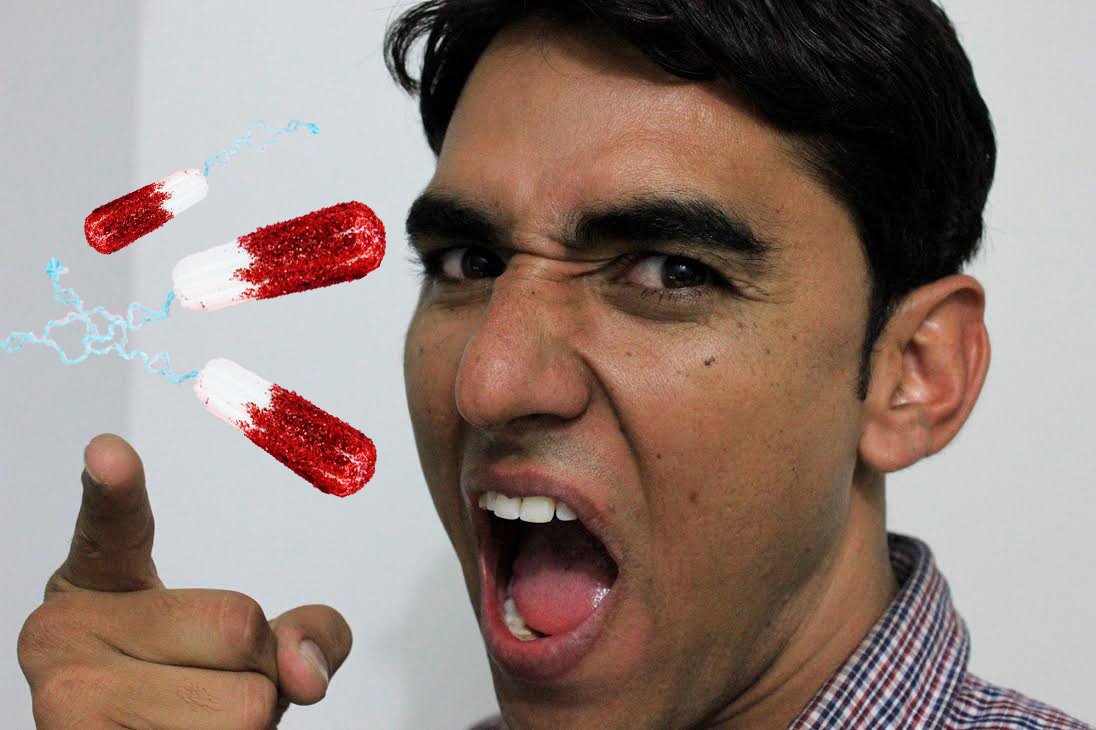 Following a recent announcement that the university will begin offering free menstrual products in the Chi-5 residence halls, a group of offended men emerged from their mothers’ basements and flocked to the internet comment section to decry this injustice.

“It isn’t our fault that these women don’t have bladder control and can’t just hold their blood until they find a toilet,” an anonymous user (who clearly missed a very important health class lesson) commented.

“What’s next??? Free marijuana and bottles of booze in every dorm room?????” wrote another incognito moron who thinks that feminine hygiene products are really equivalent to drugs and alcohol.

The true misogynistic colors of this stellar group of Facebook trolls really shined through in this exemplary comment section; yet for some reason all of these uterus crusaders chose to remain anonymous. It’s almost as though they know how mortified their wives, mothers, daughters and female friends would be to know they actually think these things.

“Why are my tax dollars going towards this abomination? You women are just snowflakes looking for sympathy! My wife is 68 years old and never asks me to pay for her tampons,” noted another nameless user who failed to read past the headline to discover that residence fees pay for the free menstrual products.

What the Period Police failed to consider in their comment section war with the “radical left,” is that period products (not to mention products that manage period pain) are really fucking expensive. A woman can spend anywhere between $400-$2,000+ on period products alone in her lifetime, thanks in part to the fact that most states tax them as luxury goods (as if painful vaginal bleeding is a luxury, let alone optional). And let’s be honest, most college students aren’t exactly made of money.

When asked if they also had an issue with the free condoms in residence hall bathrooms too, the comment section became uncharacteristically quiet.

Hannah Jackson isn’t too happy that her taxes cover the Viagra you need for your limp dick, buddy.