The Isla Vista Party announced the removal of two of its members, both of whom ran for executive positions during Spring Quarter 2018, through social media on Saturday. 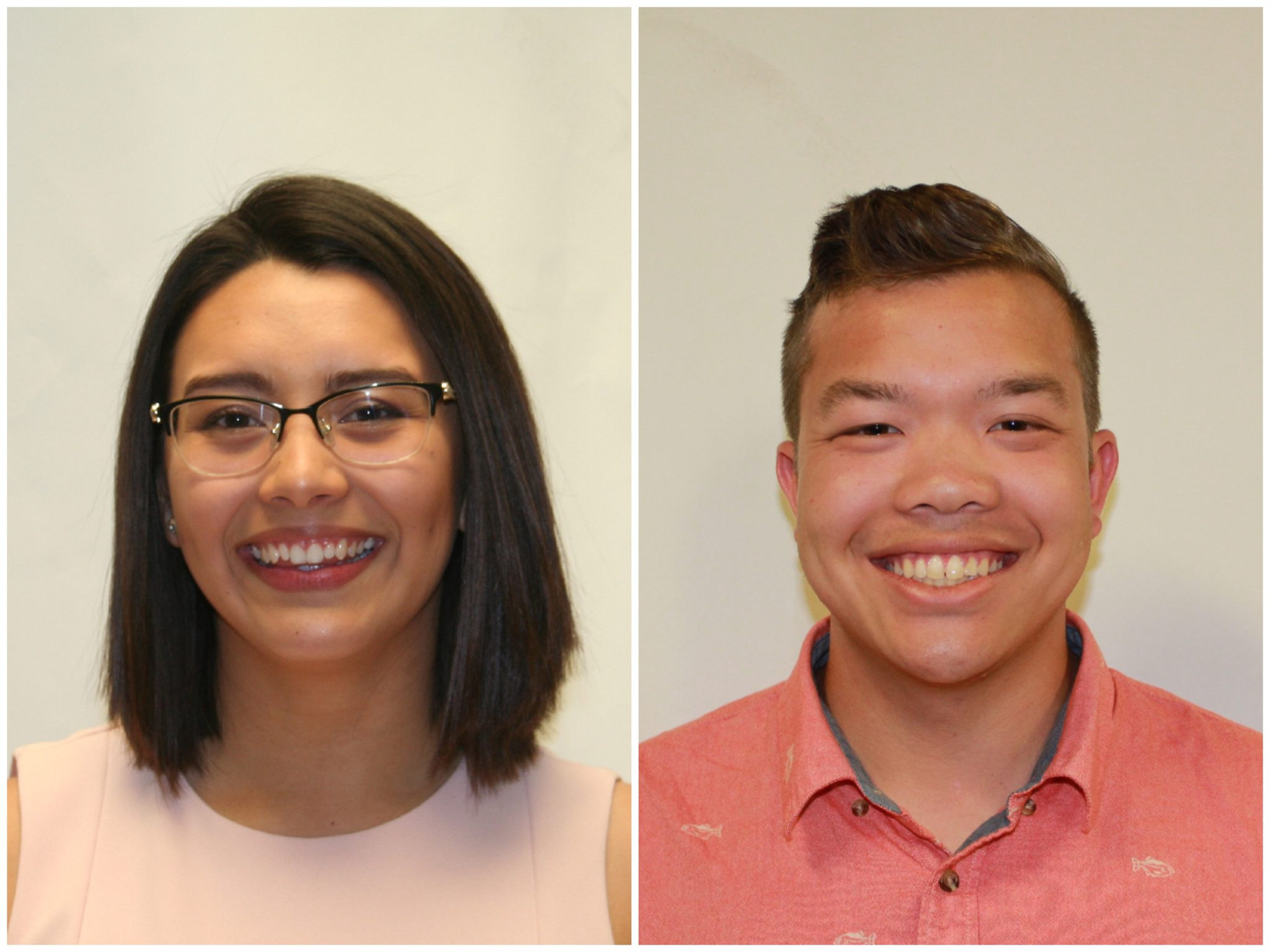 Morales (left) and Ho (right) were removed from the Isla Vista Party over the summer. Nexus file photo

In a statement posted on Facebook and Twitter, the party announced that the two members – Associated Students (A.S.) Internal Vice President Steven Ho and External Vice President for Statewide Affairs-elect (EVPSA) Mayela Morales – were removed due to Title IX-related violations and “unprofessionalism that has come to light,” according to the statement.

The two were removed from the party during summer 2018, the statement said. This is the first time the Isla Vista Party publicly announced the decision.

According to Ho, he was first informed of his removal by the social media posts.

“I was unaware of my removal until the statement released by leadership of the party,” he said.

When Ho reached out to party leadership to discuss the matter, he was told “that someone was supposed to talk to me and poor communication within the party resulted in that not happening.”

The Isla Vista Party did not immediately respond to request for comment.

Morales was disqualified from the EVPSA position after it was discovered she was not enrolled at UC Santa Barbara during Spring Quarter 2018. She currently serves as the Parliamentarian for the A.S. Senate and as the Chief of Staff for the Office of the Student Advocate.

In the statement, the Isla Vista Party (IVP) apologized for not previously announcing the removal of the two members and “for contributing to community members feeling unsafe in student government spaces due to this.”

This is the second instance of separation between parties and high-profile members to occur during winter break. A.S. President Brooke Kopel recently disaffiliated herself from Campus United through a statement on her Facebook page.

She wrote that by doing so, she would “no longer be confined or restrained by the ideologies of a party that would prevent me from truly, genuinely, and accurately representing all students.”

Kopel declined to comment further on her reasoning for breaking away from Campus United.

Kopel’s statement is precisely why political parties should be banned from AS.

Why AS is broken, both Campus United and Isla Vista Party are broken and corrupt, and are guilty of upholding the establishment status quo in AS politics, policy, and accountability. We need to vote out the old and get fresh faces in to fix those problems.

Lets petition to quarantine all nexus articles regarding student senate into a different part of the website/paper so that we dont have to see this garbage every week. If you actually care about senate its because you’re a tryhard in student senate (or at the daily nexus) and you need to get a life.

That’s not even an idea. That’s just whining. If you don’t want to read about AS, don’t click on the article about AS.

More like if you dont want to read about AS dont visit the daily nexus. There should be a cap of 3 AS related articles per quarter.

as the old saying goes: “the only people who care about AS are those in AS”

That is until your fees and tuition go up, right? That is until people like administrators, the police, and others are not held accountable, right? That kind of thinking is the equivalent of saying, “I don’t care about politics because it doesn’t impact me.”

What exactly is AS and what is the purpose?

as a victim of sexual assault, and even though I am a student whose fees provides the services that the office of the SAG provides, ive never felt safe going to the Student Advicate General because of the chief of staff, Mayela. I want AS leadership that is safe for ALL students to access without having to invoke trauma