The University of California Police Department has impounded 318 electric scooters on campus since the scooters were first brought to Isla Vista, according to Acting Lieutenant Matthew Bowman. 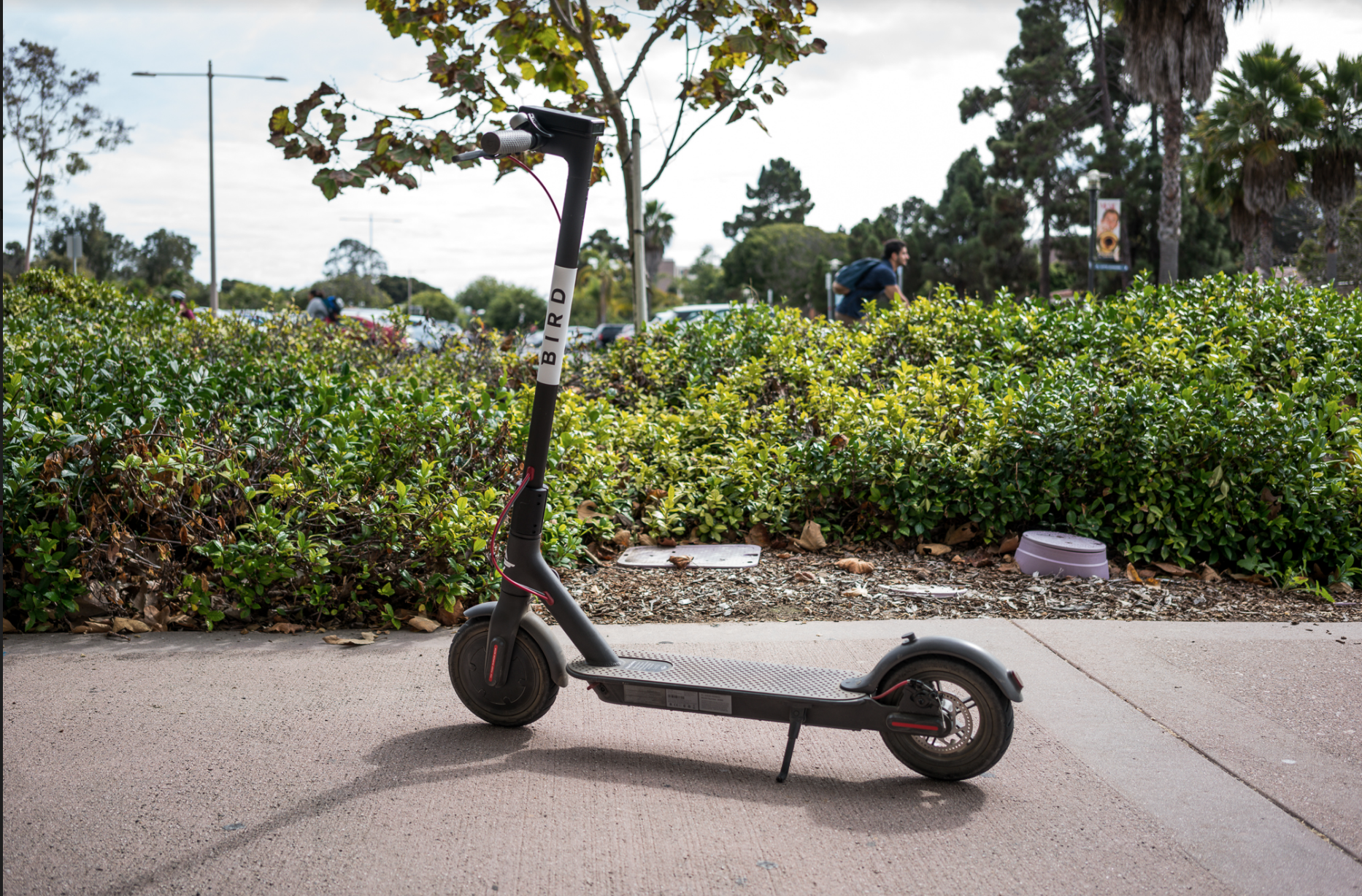 The I.V. CSD motioned at its Sept. 25 meeting to ask that Bird not operate in I.V. until a county ordinance was developed. Sicheng Weng / Daily Nexus

Bowman, who spoke at the Isla Vista Community Services District (I.V. CSD) meeting Tuesday evening, said Bird had picked up 80 of its scooters and paid the $24 impound fee per scooter about two weeks ago.

“[The impound fee is] a standard fee that a student would pay or anyone would pay,” he said.

The University of California Police Department (UCPD) did not begin stringently impounding scooters until Dec. 3, Bowman said. While the university was putting together its interim policy, there was a warning period for scooters being ridden or found on campus.

UCPD began impounding scooters on a complaint basis for approximately a month after the warning period.

“[One] was parked in a handicapped zone. So somebody called that into the university police department and we went and picked it up to make that space available,” he said in an interview with the Nexus.

“Then, as the number of reported serious injuries result[ing] from local scooters [increased], coupled with national media coverage of how scooters were impacting communities across the nation, we stepped up our enforcement and started impounding more scooters on campus property.”

Several students have been fined for riding scooters on campus, which could cost them as much as $200, as per California legal code. UC Santa Barbara reminded students of the potential fine in an email sent out Dec. 10. The university also put up several posters around campus, particularly in the residence halls, as another reminder.

In one instance, Bowman said, a student was offered the opportunity to either pay a reduced fine of $175 or complete community service. The student chose the latter.

“One was a significant gash to the forehead, that I’m sure required many stitches,” he said.  “The second was, from the pictures I could tell it was road rash, but the student was in a [cervical collar], or there was obvious concern of spinal injury.”

Bowman has only seen photos of two incidents, but confirmed that there have been several other scooter-related accidents on campus as well.

The Goleta City Council implemented a ban on electric scooters in Goleta on Dec. 4, noting that Bird and Lime have a history of bringing their scooters to communities without the approval of local governments, Noozhawk reported.

The I.V. CSD motioned at its Sept. 25 meeting to ask that Bird not operate in I.V. until a county ordinance was developed. They also asked that Bird work with the district and other stakeholders to “mitigate negative impacts of its launch and actively work towards the public benefit.”

But before the I.V. CSD could meet with Bird representatives, the scooters launched in I.V. on Sept. 27.

At the CSD’s special meeting on Oct. 30, they elected to present a set of recommendations to the County, supporting the use of electric scooters in I.V. with some stipulations.

UCSB has yet to implement a formal policy, although it put in place an interim policy on Sept. 7 that banned the scooters on campus property and gave UCPD the power to impound them.

Bowman said he’s seen less ridership on campus since the enhanced enforcement on campus, although it has led to other problems such as the creation of piles of scooters at campus boundaries like Pardall Tunnel.

“People will utilize them in Isla Vista for example, get that far, stop, end their ride, get off and then walk on campus,” Bowman said.

“Even though it is potentially impactful to the chokepoints there, overall, from a campus safety standpoint, that seems like a win.”

Ultimately, Bowman said UCSB and campus leadership will have to see what the next steps are.

“We are conscientious of the student population primarily that’s interested in having these as an available mode of transportation, but we have to always weigh that desire against public safety, being in law enforcement.”

CSU, Fresno administration is waiting to see what the city council does. However the university president supports scooters on campus as a means to reduce parking demand and car trips to and from campus.

Why can’t students ride these scooters on campus? People crash on bikes all the time but we allow bikes.