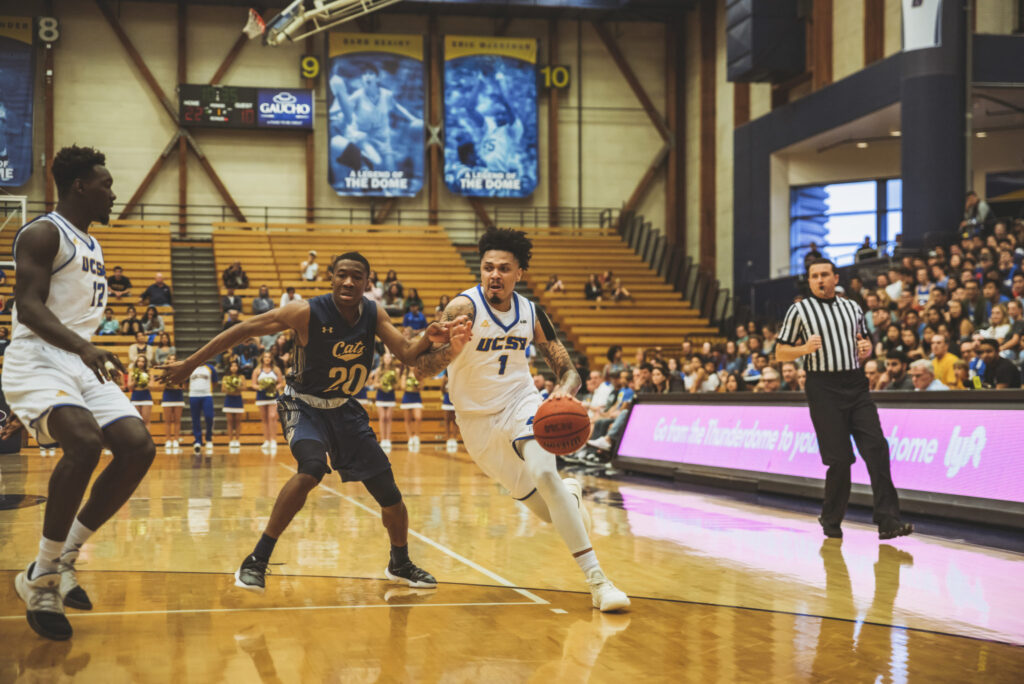 Finals may be all wrapped up, but the men’s basketball season is only beginning to ramp up as the Gauchos are on the road this weekend for a matchup against Rice University.

As the conference season is now almost a couple weeks away, the Gauchos find themselves in their tenth match of the year; about a quarter into their calendar campaign.

Following last Saturday’s home game victory over the University of Arkansas Pine Bluff, which resulted in a 55-45 final score in favor of the hosts, the Gauchos now stand at a 7-2 overall record this far through the season.

If UCSB manages to snag a visiting win, against the Rice Owls, that’ll be good enough to bring their team win percentage to .800; in comparison to the other Big West Conference opponents, UCSB is ranked second overall in the standings, only a pair of wins behind UC Irvine who have played two more games than the Gauchos.

As for the hosting Rice Owls, they’ll want to pick up the pace as their 4-6 overall record has proven subpar. They will, however, be coming off their most recent victory against a St. Edward’s side, which ended in favor of the hosts by a final score of 78-73.

Although, before that win the Owls were on a four-game losing streak that they’ll want to forget about as soon as possible. In terms of conference standings, under Conference USA, they find themselves in the bottom third overall.

Historically speaking, UCSB has faced Rice two times in the program’s past, and have never dropped a game in that time; with their last meeting occurring back in 1973. Away games are always tricky to speculate on, but the Gauchos will look to continue their winning ways and maintain their undefeated status over the Owls.

Defense has been the main point of emphasis for this Gauchos side in recent weeks, and it has definitely paid off. However, following the most recent UAPB match, the team will want to limit turnovers as much as possible and capitalize on scoring opportunities as they come.

In terms of players to watch for the Gauchos, two guards have now passed the 100-point mark this far through the season. First, graduate Ar’mond Davis leads his side in scoring with a total of 129 points on the year. Sophomore JaQuori McLaughlin, who is first in minutes played for UCSB, is second in scoring with a total of 100 flat to his name. Speaking of sophomore guards, Devearl Ramsey continues to shine in his playmaker role, in Max Heidegger’s absence; Ramsey is tied, with McLaughlin, for leading UCSB in assists, with a total 34 already.

On the opposition’s end, the Gauchos will have to deal with four different scorers who have all surpassed the 100-point mark for the Owls. Leading in scoring is Rice’s junior guard, Ako Adams, who has made 124 total points; Adams also leads his side in playmaking with 33 assists so far through the season. Graduate forward Jack Williams will be another key player that the Gauchos will have to contend against on both sides of the court.

At 6’8”, Williams was one of those four plus 100-point scorers, with 106 to his name, and he is also the Owls’ leading rim protector; the big man boasts 73 total rebounds, 17 of which were on offensive and the remaining 56 on defense.

UCSB will travel to Tudor Fieldhouse, in Houston, Texas, for their matchup against Rice University. Tipoff off time is this Saturday, December 15, at 12 PM noon.