The Daily Nexus
Sign of the Times
Are You a Murderer or a Sexist? Choose One
December 8, 2018 at 6:31 pm by Annabel Li

On October 5, after an exhausting confirmation hearing process with the Senate Judiciary Committee, a vengeful elephant enters the room: abortion rights. Brett Kavanaugh was just sworn into the Supreme Court, raising questions surrounding the future of abortion in America. Two days before, my RA sent out a warning to our floor letting us know that a smug man was sitting outside the library displaying graphic images of abortions. “If this topic is triggering to you, I highly suggest going another way!” it read.

Abortion is interesting because it carries both legislative and emotional relevance to young adults. This makes it valuable to leverage as a politician when it comes to swinging undecided voters. Let’s hone in on the real dispute: abortions due to rape or incest make up one percent of all abortions, and 2.8 percent of abortions are motivated by health reasons. Thus, the debate is not about whether abortion is oppression or murder, but a disagreement on when a fetus’ right to life outweighs a woman’s right to choice. 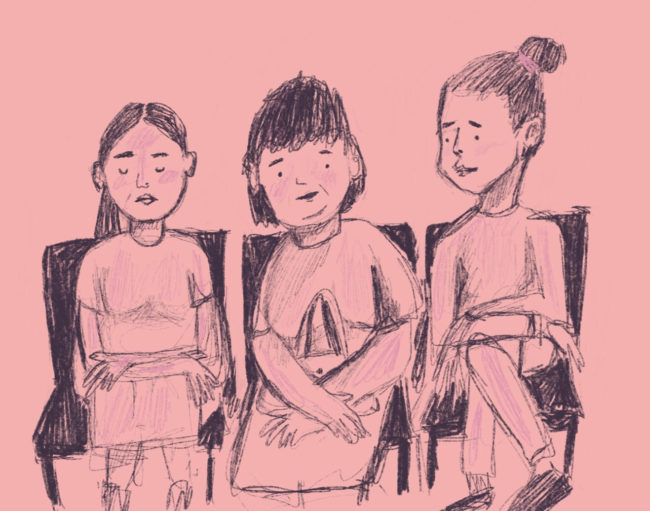 History crash course! It’s the 1800’s, abortions are happening everywhere underground. Laws prohibiting abortions were focused on the medical safety of the patient. Around the same time, suffragettes Elizabeth Cady Stanton and Susan B. Anthony published in The Revolution, “No matter what the motive … the woman is awfully guilty who commits the deed.” And because most cases of abortions were for pregnancy out of wedlock or rape, they added: “thrice guilty is he who drove her to the desperation which impelled her to the crime.” The general consensus among first-wave feminists: abortions are the mark of an immoral man.

These ideas clearly aren’t aligned with modern views of third-wave feminists. What’s unchanged is the narrative of male oppression. Either a philandering man forces a woman to abort a fetus or a meddling man wants to control what a woman does to her own body. Within a matter of years, the idea of a fetus has transformed: while it used to resemble life to a woman and an obligation to a man, it is now considered a part of a woman’s body, and none of a man’s business.

The debate is not about whether abortion is oppression or murder, but a disagreement on when a fetus’ right to life outweighs a woman’s right to choice.

It is unlikely that anybody would jump at the chance to have an abortion, or that a woman who has aborted her fetus does not feel any grief. There is a flaw in the logic that a fetus is just a part of a woman’s body; it is a lot more emotional than that.

A famous example of this is Norma McCorvey, though you may know her as Jane Roe. In 1998 she wrote her second book Won by Love, where she details her remorse about her role in advancing abortion rights: “Abortion wasn’t about ‘products of conception’… It was about children being killed in their mother’s wombs.” This is not a citation invalidating the position of pro-choice, but a demonstration that the gulf between an individual’s experience and the political goals of a group is vast and unexplored.

The only consensus on this issue is that it’s controversial. Why then, is the leading provider of U.S. abortions federally funded? This means every taxpayer, regardless of their own beliefs, is contributing to the execution of abortions whether they like it or not. According to Planned Parenthood’s annual report for the 2016-17 fiscal year, the other services provided for patients are STI tests, contraception and pregnancy tests, all of which are accessible at your local Walgreens, challenging perhaps the only objective reason for their financial reliance on the government: that they are a major provider of healthcare for women.

I realize taxation is not infallible and someone somewhere is reluctantly paying for services they don’t care about — most people actually. Though this causes some annoyance, it understandably turns into frustration when the thing you are paying for isn’t a new road or food stamps, but abortions.

The only consensus on this issue is that it’s controversial.

Now that Brett Kavanaugh is on the Supreme Court, what’s going to happen to Roe v. Wade? Nothing, probably. Kavanaugh seems to have a stare decisis (precedent-upholding) method to interpreting the constitution. During his hearing he claimed that he “understand[s] the importance” of Roe v. Wade, and that the landmark case is a “settled precedent.” There is additional legal inertia with new pressure on John Roberts, as he worries about partisanship “[causing] very serious harm to the status and integrity of the decisions of this court in the eyes of the country.” But, this is purely predictive, and perhaps the ebbing of thought and social change will cycle to a new status quo we can disagree on.

The abortion debate is a good case study of political labels and how we like to ascribe an absolute stance to something nuanced. When considering the realistic manifestations of all the outrage surrounding this issue, the greatest impact on society has been the polarity. Though the moral and ethical debate surrounding abortion is messy and heated, perhaps it will quell some sentiments in hearing that the status quo is unlikely to change anytime soon.

Annabel Li wants Gauchos to consider the complexities present in the abortion debate.